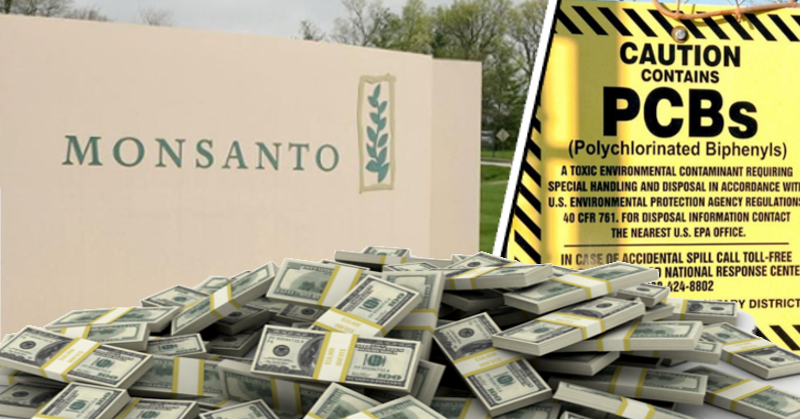 Yes, you read that right. Oregon sued Monsanto for $100 Million due to toxic and unsafe products. And so did everyone else! The Oregon lawsuit against Monsanto was unprecedented. Here we have a state government sought justice for its citizens harmed by the company’s product and business practices. (1)

But Oregon wasn’t the only state to target Monsanto for damages caused by its industry-leading weed killer Roundup. Lawsuits around the country, brought to state and federal courts, consolidated into “federal multi-district litigation.” (2)

The lawsuit was filed in January 2018 and seeks to receive a “minimum” of $100 million in damages. That money will go towards the medical costs and clean-up for the damaging effects the state claims it endured.

Oregon state claims that Monsanto “knew” many of its products were toxic and unsafe, but they continued to sell them to the public for decades.

The specific chemical at the center of this lawsuit is called polychlorinated biphenyls (PCBs). The substance is regularly used in mechanical oils, paints, electronic devises, and is also fire resistant.

Known to be unsafe for human consumption, the destructive chemical was already banned in 1979.

Glyphosate, the main ingredient in Roundup, has been banned in France, as well. 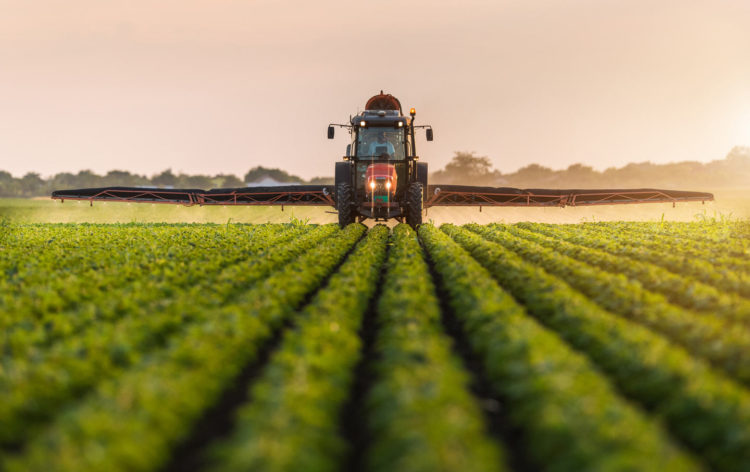 “Today, Oregon bears the burden of Monsanto’s decision to place profit above all else.

The toxic legacy that Monsanto left Oregonians lives on, as PCBs persist in Oregon’s lands, rivers, and waterways, in its sediments, soils, and in the bodies of animals and humans.

“It has caused harm to aquatic, marine, and avian species, and poses ongoing risks to the health of the people of the State of Oregon.”

PCBs are so hazardous to humans that the EPA concluded it is likely to cause cancer, confirming is a study: (4)

“There is clear evidence that PCBs cause cancer in animals. EPA reviewed all of the available literature on the carcinogenicity of PCBs in animals as an important first step in the cancer reassessment.

“An industry scientist commented that ‘all significant studies have been reviewed and are fairly represented in the document.’ The literature presents overwhelming evidence that PCBs cause cancer in animals. An industry-sponsored peer-reviewed rat study characterized as the ‘gold standard study’ by one peer reviewer, demonstrated that every commercial PCB mixture tested caused cancer.

“The new studies reviewed in the PCB reassessment allowed EPA to develop more accurate potency estimates than previously available for PCBs. The reassessment provided EPA with sufficient information to develop a range of potency estimates for different PCB mixtures, based on the incidence of liver cancer and in consideration of the mobility of PCBs in the environment. … In addition to the animal studies, a number of epidemiological studies of workers exposed to PCBs have been performed.

Furthermore, the EPA’s own peer-reviewed cancer reassessment concluded that PCBs are probably human carcinogens. In fact, cancer in the liver following exposure to PCBs both in animals and in humans supports this analysis. And “the finding of liver cancers and malignant melanomas across multiple human studies adds weight to their conclusion.

“EPA is not alone in its conclusions regarding PCBs. The International Agency for Research on Cancer has declared PCBs to be probably carcinogenic to humans. The National Toxicology Program has stated that it is reasonable to conclude that PCBs are carcinogenic in humans.

“The [NIOSH] has determined that PCBs are a potential occupational carcinogen.”

Then Attorney General Ellen Rosenblum in Multnomah is leading the lawsuit to the courts. Specifically, she claims Monsanto was very aware of how dangerous PCBs were to the general public and the environment.

“Monsanto knew decades before PCBs were banned that they were toxic to the environment, but they failed to disclose highly pertinent information.

“Oregon is paying a big price as PCBs are being dredged up in river sediments and measured in the tissues of fish and wildlife throughout the state.

“PCBs are extremely hard to get rid of — and it will take significant time and resources to fully clean them up. It only makes sense that the manufacturer of these PCBs, Monsanto, help clean up this mess with dollars.”

But representatives for Monsanto have publicly responded to the lawsuit claims, calling them “baseless“.

The biotech giant’s vice president for global strategy, Scott Partridge, explained their side of the events in a statement: (6)

“[Monsanto] voluntarily stopped producing PCBs more than 40 years ago and didn’t use or dispose of any PCBs in the state of Oregon.

“Clean-up efforts are underway in Oregon with the full group of responsible parties under supervision of the EPA, and it’s most important that everyone stay focused on that work.

“This lawsuit is baseless and undermines the ongoing EPA cleanup efforts, and Monsanto will defend itself accordingly”.

Environmental toxins account for excessive childhood diseases, including autism and gluten sensitivity. Monsanto’s products lie at the heart of these issues.

If the suit succeeds, the cleanup is expected to cost around $1.05 billion and take 13 years to complete.