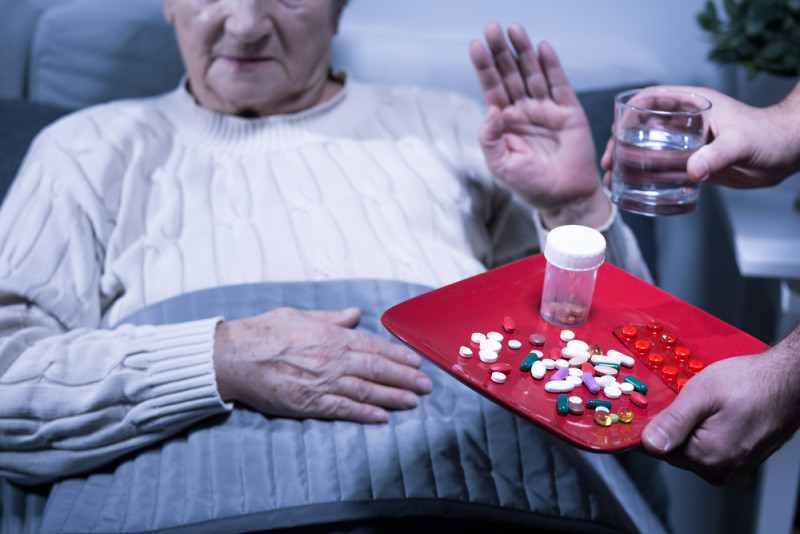 If a person has Alzheimer’s disease, it is usually the result of a build-up of two types of lesions – amyloid plaques, and neurofibrillary tangles. Amyloid plaques sit between the neurons and end up as dense clusters of beta-amyloid molecules, a sticky type of protein that clumps together and forms plaques.

Neurofibrillary tangles are found inside the neurons of the brain, and they are caused by defective tau proteins that clump up into a thick, insoluble mass. This causes tiny filaments called microtubules to get all twisted, which disrupts the transportation of essential materials such as nutrients and organelles along them, just like when you twist up the vacuum cleaner tube. (Science Alert)

Worldwide, nearly 44 million people have Alzheimer’s or a related dementia. Finding a way to treat it has been a struggle. However, most researchers believe the start of treatment involves removing the build-up of defective beta-amyloid and tau proteins in the patient’s brain.

This new treatment developed by the Queensland Brain Institute (QBI) at the University of Queensland is all about removing this harmful plaque the safest way possible.

Publishing in Science Translational Medicine, the team describes the technique as using a particular type of ultrasound called a focused therapeutic ultrasound, which non-invasively beams sound waves into the brain tissue. By oscillating super-fast, these sound waves are able to gently open the blood-brain barrier, which is a layer that protects the brain against bacteria, and stimulate the brain’s microglial cells to activate. Microglila cells are basically waste-removal cells, so they are able to clear out the toxic beta-amyloid clumps that are responsible for the worst symptoms of Alzheimer’s. (Science Alert)

Basically, they are helping the body heal itself, and the results are fantastic. They fully restored memory function in 75% of the mice tested with zero damage to the surrounding brain tissue. Mice that were tested showed improvement in three types of memory tasks: a maze, recognising new objects and remembering places to avoid.

“We are extremely excited by this innovation of treating Alzheimer’s without using drug therapeutics,” one of the team, Jürgen Götz, said in a press release. “The word ‘breakthrough’ is often misused, but in this case, I think this really does fundamentally change our understanding of how to treat this disease, and I foresee a great future for this approach.”

The team hopes for human trials in 2017.

You can hear an ABC radio interview with the team here.

You can also learn more from the video below!