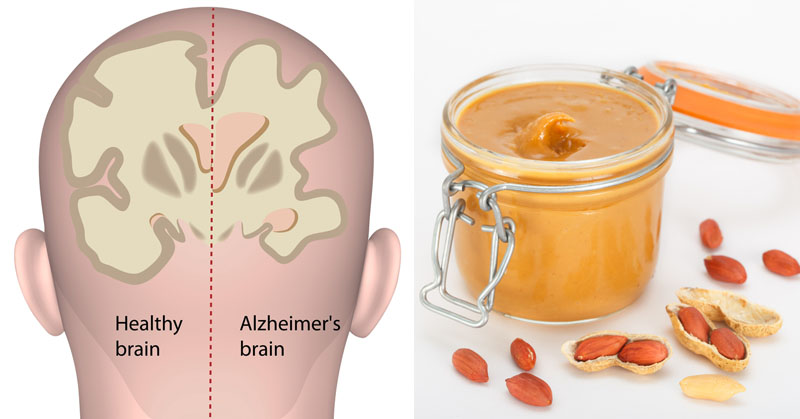 Correction Notice (25 August 2021): A previous version of this article was entitled “HERE’S HOW YOU CAN USE PEANUT BUTTER TO DIAGNOSE ALZHEIMER’S DISEASE!” and the title has since been updated . The previous title lacked context and implied that the scent test was a valid procedure for diagnosing Alzheimer’s when this is not the case. The body of the article has also been updated to more accurately portray the findings from the studies.

Alzheimer’s is a devastating degenerative disease that affects more than six million Americans. Interestingly, a couple of studies were conducted in 2013 and 2015, that found an odor-detecting test using peanut butter might be a way to achieve early diagnosis. This is how it works.

What Is Alzheimer’s Disease?

Alzheimer’s disease is a progressive brain disorder that slowly takes away a person’s memory, ability to think, and eventually perform even the most basic tasks. Currently, it is ranked as the 6th-leading cause of death in the United States and largely affects people aged 65 and older. (1)

Alzheimer’s (named after the physician who discovered it), is characterized by abnormal clumps and tangled bundles of proteins and fibers in the brain. These are known as amyloid plaques and neurofibrillary tangles. They are what eventually cause the lack of ability to function normally and even speak.

Another aspect of Alzheimer’s is the loss of connection between nerve cells in the brain. These cells transmit messages to the rest of the body’s muscles and organs. Now, we know that there are many complex brain changes that occur over time with this disease. (2)

Currently, there is no cure for Alzheimer’s disease. That being said, in recent years scientists have made advancements in testing and treatment. This means that they can catch it sooner and improve the lives of those living with the disease. Depending on when they are diagnosed, people can live with Alzheimer’s for as little as three years and as much as 10.

There are several signs and symptoms that you or someone you love may have developed Alzheimer’s disease. These include (3):

The earlier doctors can catch and begin treating the disease, the better off the patient will be. 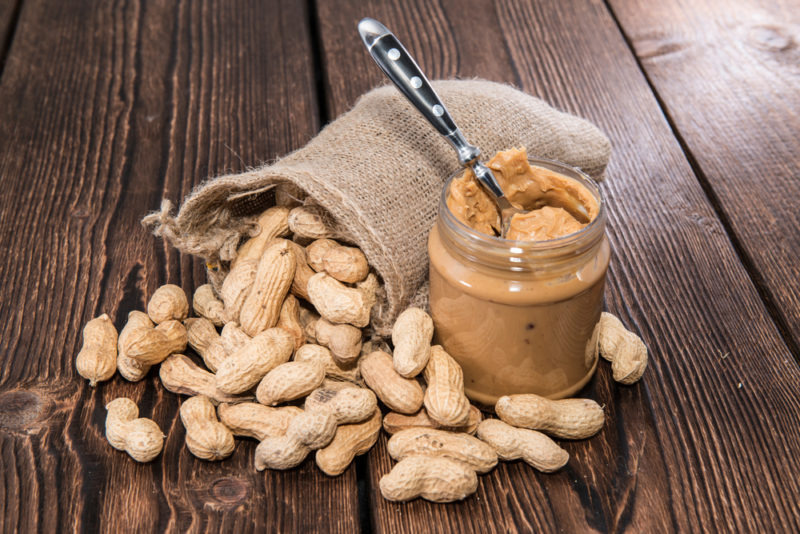 A 2013 study done by the University of Florida found that peanut butter might be helpful in the early diagnosis of Alzheimer’s disease. They published their findings in the Journal of Neurological Sciences. Jennifer Camps, the lead on the small study, noticed that patients in the neurology lab she was working in were not tested on their sense of smell. The ability to smell is associated with the first cranial nerve and is often one of the first things to be affected in cognitive decline. (4)

They found that patients in the early stages of Alzheimer’s had quite a difference in detecting the peanut butter between their left and right nostrils. The left nostril required the peanut butter to be on average 10 centimeters closer in order to detect it than the right. This did not occur with patients with other types of dementia.

“At the moment, we can use this test to confirm diagnosis,” Stamps said. “But we plan to study patients with mild cognitive impairment to see if this test might be used to predict which patients are going to get Alzheimer’s disease.”

Researchers completed another study in 2015 that also had similar findings. Degenerative brain diseases like Alzheimer’s are asymmetrical. This means that by testing the capacity to smell in one nostril versus the other can predict the early onset of these diseases. (5)

“This is a very interesting part of this study,” notes Dylan Wint, MD, a specialist in degenerative brain diseases of the 2013 study. “There is a lot of research showing Alzheimer-related brain shrinkage usually starting on the left side of the brain, which is where the temporal lobe degenerates first.” (6)

Though the results of the peanut butter test are certainly intriguing, many experts warn against jumping to conclusions. The study sample size was too small and the findings have not been verified. They also mention that there are other diseases that will produce a similar result. (7)

“It would get you into that ballpark of Alzheimer’s versus Lewy body disease, but it wouldn’t help you distinguish between those two,” said Mayo Clinic neurologist Dr. David Knopman.

For now, the University of Florida clinic uses the peanut butter test as a part of their diagnostics for detecting Alzheimer’s disease. Camps, however, reminds us that having slight differences in the smelling capacity of each nostril is normal. She warns against anyone using this method in an attempt to self-diagnose at home.

Disclaimer: This information is not intended to be a substitute for professional medical advice, diagnosis or treatment and is for information only. Always seek the advice of your physician or another qualified health provider with any questions about your medical condition and/or current medication. Do not disregard professional medical advice or delay seeking advice or treatment because of something you have read here.