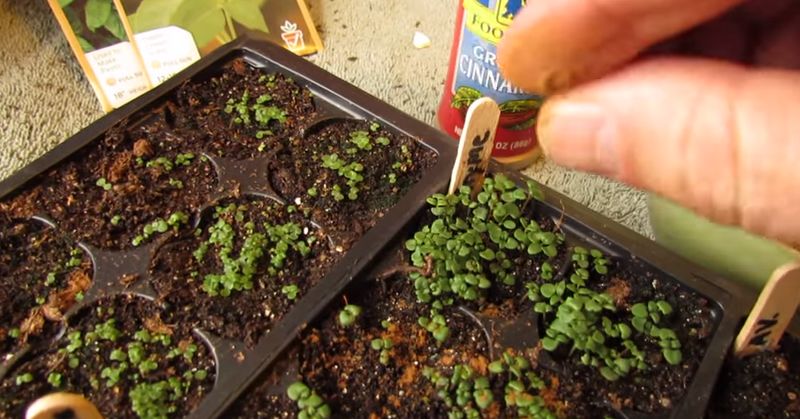 The Reason This Man Sprinkles Cinnamon on His Plants is Genius!

Cinnamon is a favorite spice of many. Some like to cook with it and some people like to put it in their coffee, which are both fantastic ideas!

But what else can cinnamon do? It turns out that cinnamon oil is a fantastic mosquito repellent, and it has also been shown to kill mosquito larvae.

There are multiple medicinal uses for cinnamon as well. Cinnamon banana tea can help a person sleep, and cinnamon bark has been shown to stabilize blood sugar.

What’s most surprising? You can use cinnamon in your garden. Sprinkling cinnamon on new seedlings will keep them safe from “damping off.” “Damping off” happens when pathogens in the soil kill seedlings early in their short lives or before they begin to germinate, whether the seeds are in a field or planter box. Just a sprinkle of cinnamon can stop the process. Fascinating!

To learn more, check out the video below!

As he says in the video, cinnamon’s anti-fungal properties make it perfect for combating “damping off.” It can be used safely on any plant and only one dosage is necessary.

Who is adding cinnamon to their garden?