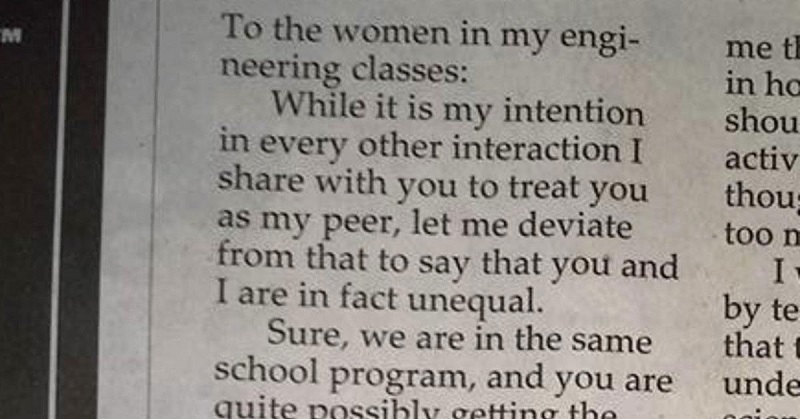 Women have been working hard for decades to be treated as equals. As much progress as they’ve made, sexism still exists. In the workplace and in other aspects, many people still see women as inferior. The difference in treatment hardly goes unnoticed. Jared Mauldin, a senior at Eastern Washington University, observed the difference first hand. After noticing the unequal treatment, he decided to speak out.

Jared is majoring in mechanical engineering. In his classes, he noticed that his female peers were treated differently than him. Especially those who happen to be STEM (science, technology, engineering, mathematics) majors. The 34-year-old wrote a letter to his school’s student newspaper, The Easterner, addressing all of the women in his engineering classes. 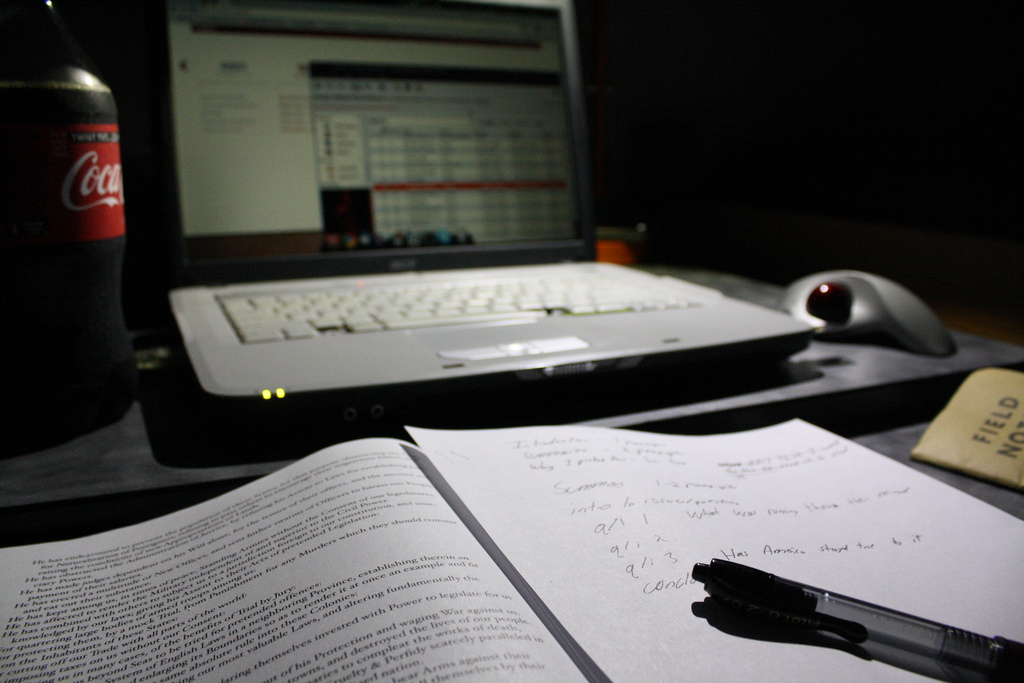 He begins the letter, “While it is my intention in every other interaction I share with you to treat you as my peer, let me deviate from that to say that you and I are in fact unequal.”

If you’re a woman reading this, that first line probably got your attention.

Jared continues, “Sure, we are in the same school program, and you are quite possibly getting the same GPA as I, but does that make us equal? I did not, for example, grow up in a world that discouraged me from focusing on hard science. Nor did I live in a society that told me not to get dirty, or said I was bossy for exhibiting leadership skills.”

His letter continues to applaud the women in his STEM classes for overcoming the odds they faced. He concludes, “So, you and I cannot be equal. You have already conquered far more to be in this field than I will ever face.” 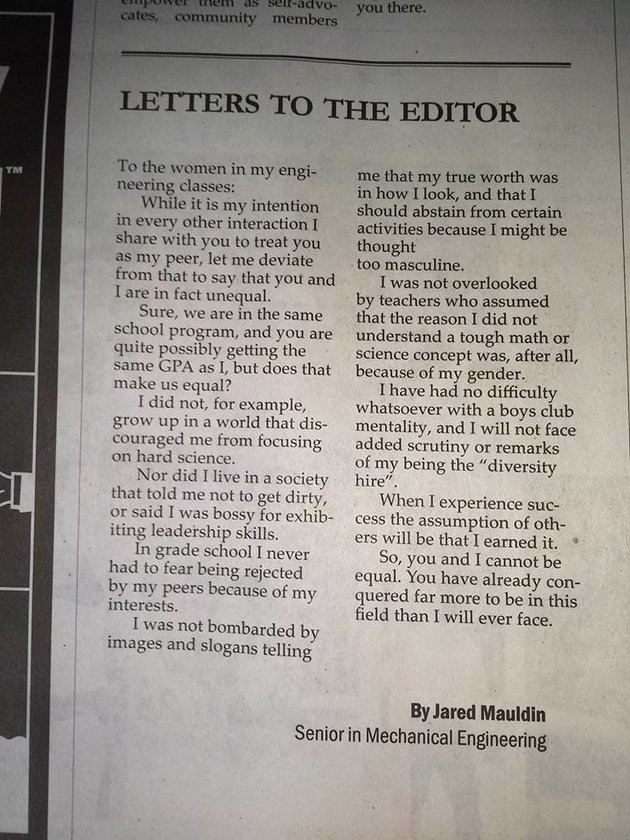 Fighting Against The Odds

Jared had to overcome his own set of odds. He is autistic and he suffers from Lupus and avascular necrosis in both of his hips. As a result, he has had to work much harder than his peers to achieve the same results. Despite having these conditions, he recognizes how hard his female peers have had to work to succeed in the field they’ve chosen.

Since the letter was published, it has gone viral on several social media platforms. One woman commented on The Easterner’s website, “Jared – I’m 59 years old and I got my PhD in physiology more than 30 years ago. Thank you for this. You have reduced this tough-minded old feminist to tears.”

Another comment read, “You nailed it brother! Living under a microscope is not easy. Just having one male peer who “gets” it and has my back makes a world of difference in my everyday work life.” 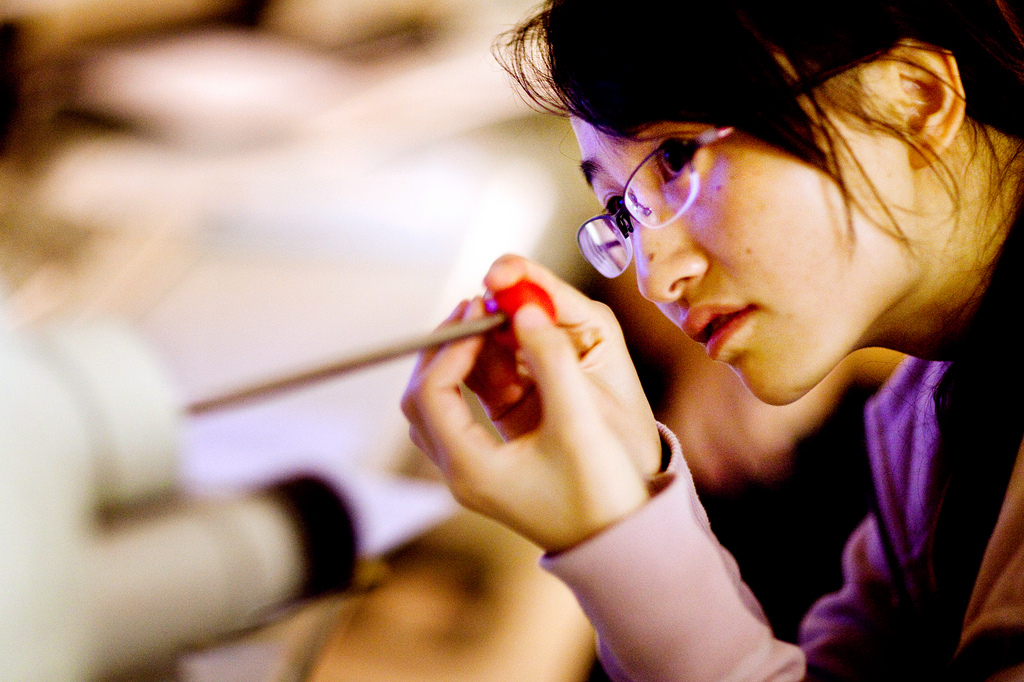 According to the U.S. Bureau of Labor Statistics, women make up 47% of the total U.S. workforce, but are much less represented in science and engineering occupations. They make up 39% of chemists and material scientists, 28% of environmental scientists and geoscientists, 16% of chemical engineers and just 12% of civil engineers.

Jared told The Huffington Post, “Nothing I said was new, it has all been said a thousand times before. The difference is that I am a man. Maybe by standing up and breaking the silence from the male side, I can help some more men begin to see the issues, and begin to listen to the women who have been speaking about this all along.”