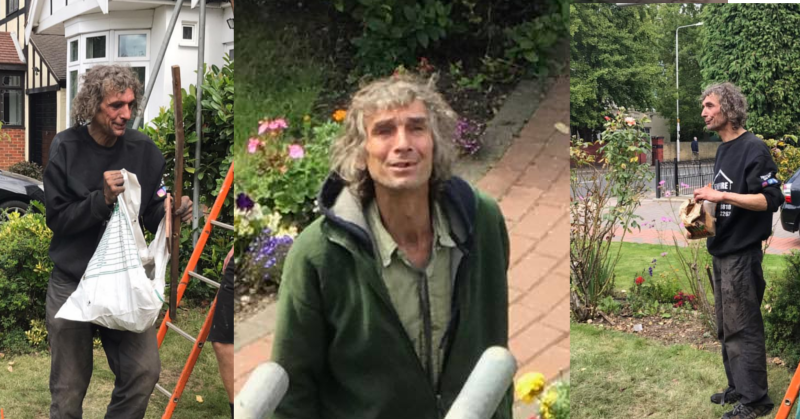 Homeless Man Offered Day Of Work Shocks Everyone On The Worksite

A roofer’s Facebook post has gone viral after he shared his heartwarming story of offering a homeless man a meal and paid work.

JayJay Murray had just started working for Empire UPVC & Roofing Specialists in Waltham Cross on a building site in London when he met John who was sleeping rough on a bench in the local park.

Offering the homeless man a cup of tea and even the chance to work with him the next day, Mr Murray wrote, “He was first on site and worked non stop, i have never seen anyone so happy to be at work! Got him Burger King for lunch and set him back on his way around London.” 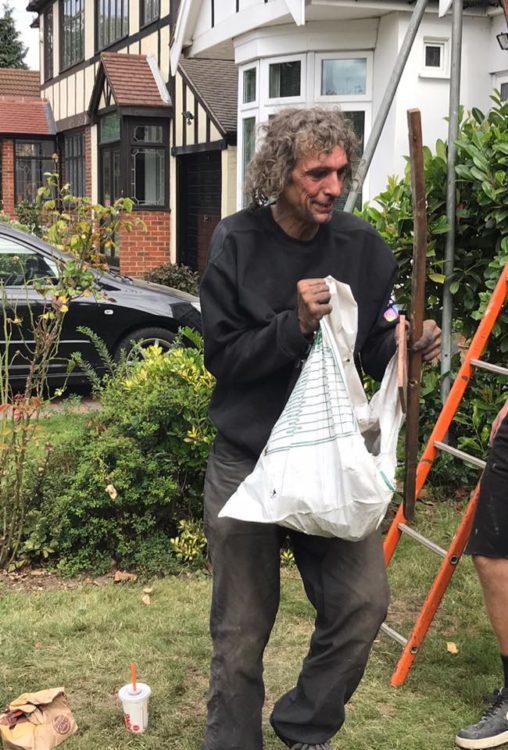 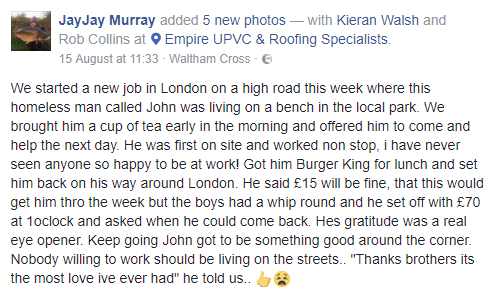 “He said £15 will be fine, that this would get him through the week but the boys had a whip round and he set off with £70 at 1pm and asked when he could come back.”

Mr Murray shared the social media post on Tuesday, which now has over 21,000 likes and 5,000 shares.

“His gratitude was a real eye opener,” continues JayJay’s Facebook post, “Keep going John got to be something good around the corner. Nobody willing to work should be living on the streets.” 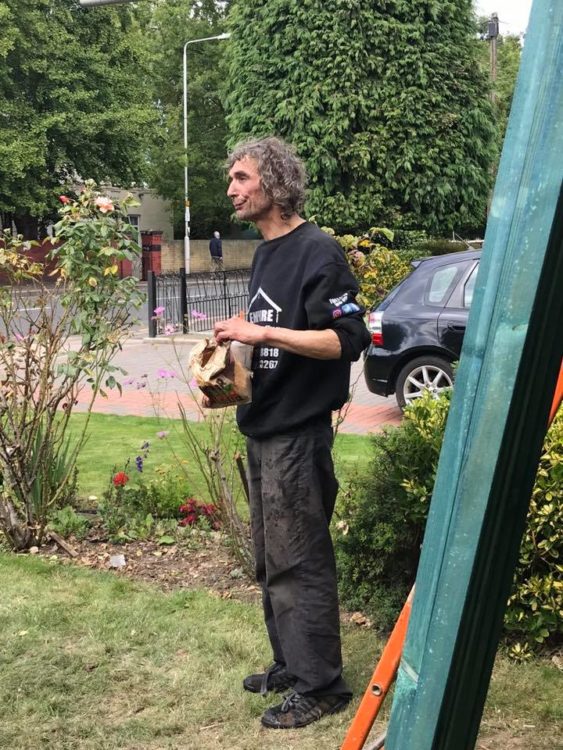 Many expressed their thoughts on the story, someone wrote: “If only there were more lovely people like you guys. The world would be a better place.”

Another commenter said, “[It] makes my heart feel good to hear these stories. Wish there were many more of them.”

“Many homeless are there due to circumstances beyond their control,” described one reader, “and would like nothing better to be working and paying their own bills.” 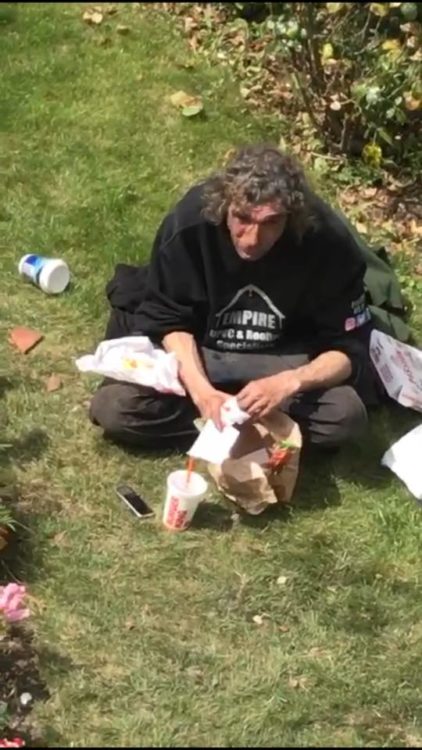