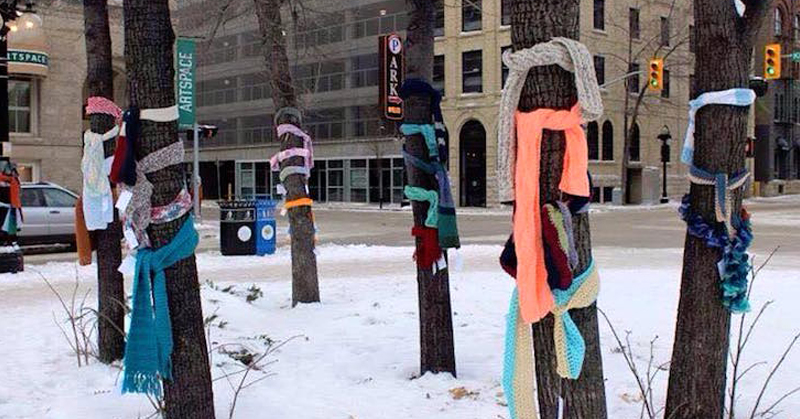 If You See A Scarf Tied Around A Tree, THIS Is What It Means!

If you are fortunate enough to have a roof over your head and a warm bed to sleep in at night, it might be hard to imagine that so many others are struggling out in the cold. Some, in your very neighborhood. On a single night in January 2015, 564,708 people were homeless, desperately trying to stay warm and find shelter from the cold.

These thousands of people were sleeping outside in the middle of winter. Some made their way to an emergency shelter. The winter months are here again. They bring freezing temperatures, ice and snow along with them. If you’re wondering how you can help, there’s a new trend happening around the country the might give you a hint.

Thousands of people across America are taking their old scarves and tying them around the base of trees in parks, neighborhoods and along city roads. These scarves are a gift to homeless people who are being exposed to the dangerous winter temperatures. While it may seem like a small gesture, it’s a sign that there are people out there who care. Something as simple as a scarf can help keep a homeless person a little bit warmer this holiday season. 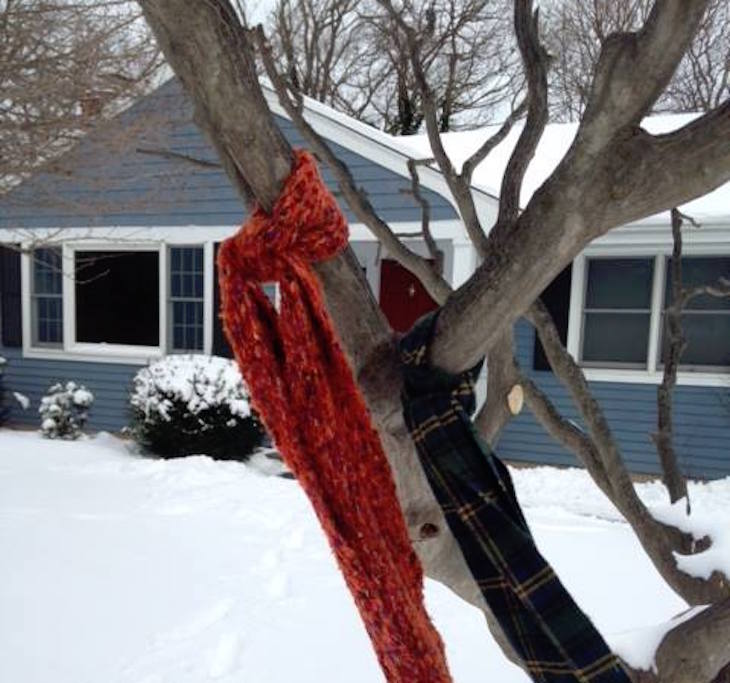 The trend began in Seymour, Indiana. Since then, random strangers, church groups and schools from almost every state across the country are pitching in to keep America’s homeless population a little bit warmer this winter.

A Minnesota woman involved in the project, Elizabeth Sammons, told WCCO News that it feels great to be able to help those in need. “I think it’s a great thing to be able to do for the community. There’s a lot of people behind it, a lot of support. It’s really nice.” Elizabeth uses her love for knitting to create handmade scarves for the project.

The state of homelessness in America may come as a shock to you. Homelessness happens for many reasons. Some of these reasons include a lack of affordable housing, poverty, lack of employment opportunities, domestic violence, mental illness, addiction, lack of affordable health care and the list goes on. Whatever it may be that led someone to become homeless, each and every person needs our help. Whether you begin the scarf project in your neighborhood, send a donation or volunteer, there are many ways to get involved.

Check out the video below for more information about the scarf project: