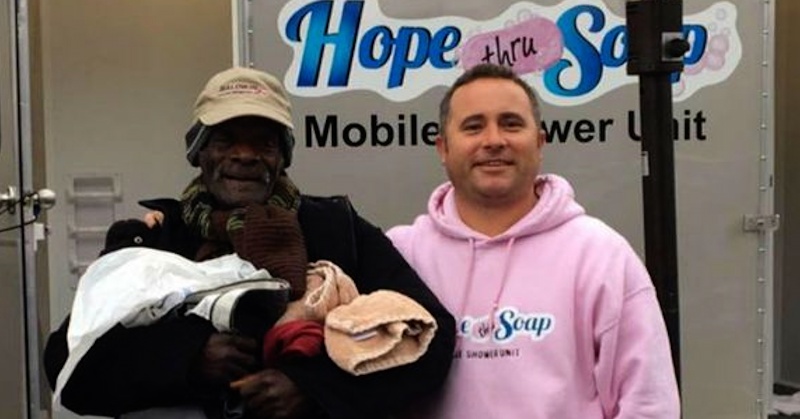 Hope Through Soap: One Man’s Ingenious Plan To Make The Homeless Hopeful

When you’ve lost everything—your job, your car, your home—something as simple as a shower can be the difference between hopeless and hopeful.

For Jason Winter and his charity program “Hope Thru Soap”, his goal is to provide a little hopeful hygiene—one shower at a time.

“I am really feeling refreshed and I thank God for [Jason] for bringing this shower to us,” said Nathan, a homeless man who stumbled upon Hope Thru Soap one day while walking through a park, “So much dirt came off of me.”

Operating out of a small trailer attached to the back of his SUV, Jason rides out every weekend to metro Atlanta, offering free showers—including soap, hot water, air conditioning, and a separate toilet—to those in need. 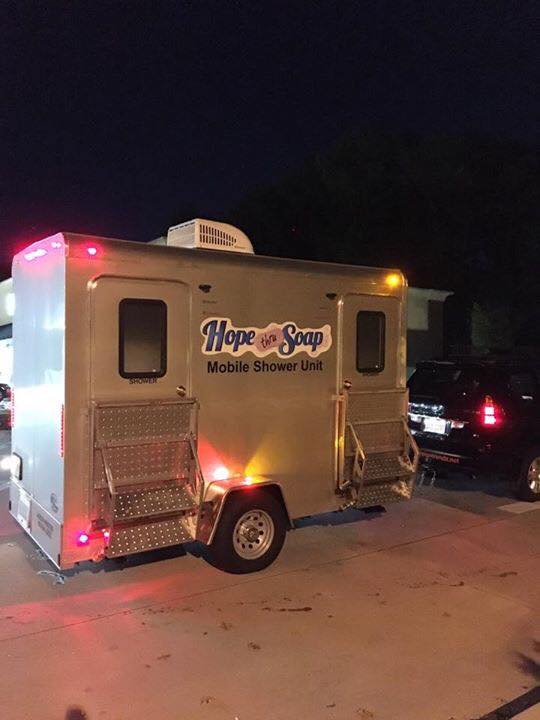 “Something as small as a shower gives them hope,” said Jason, “When you’re clean you’re less likely to want to sleep under a bridge. A shower might make them want to get out and find work.”

We met this guy yesterday that is going to get a job after having a nice warm shower provided by Hope thru Soap. "If we ALL can make someone's day better than the day before…our world would be a better place." Changing lives one shower at a time.

Despite its charitable nature, Jason says his operation costs significant amounts of money to supply water and toiletries. Thus, he’s seeking to raise $10,000 to help fund his operation, but for now his scraping money out of his own wallet.

“It’s a great feeling to help these people but I don’t do it for myself,” said Jason, “I do it for the folks that can’t speak for themselves and don’t really have hope left. We bring them hope.”