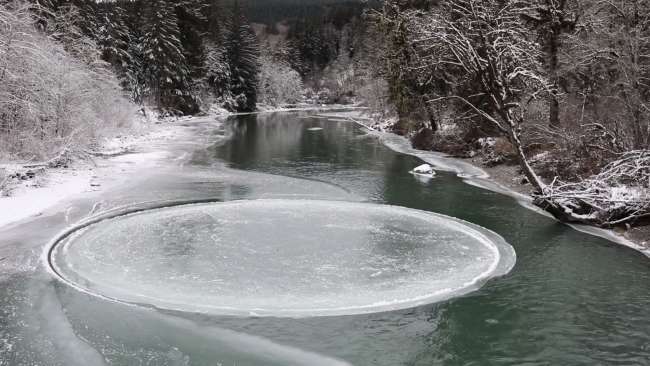 Often referred to as an “ice disk,” these ice forms developed near North Bend, Washington. The video shows a slow-spinning mass of ice in a perfect circle shape, gently spinning on the surface of the cool water. 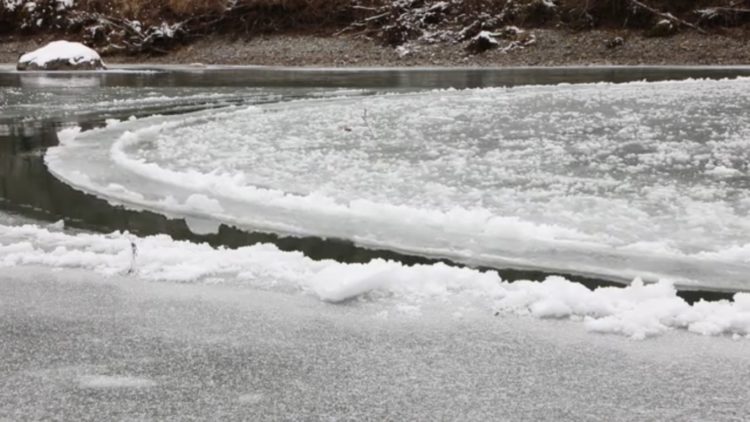 Despite its mystical appearance, the phenomena has actually been studied by scientists as recently as last year.

In one published study, physicists discovered that the ice circles were not only caused by water currents, but also by increasing water temperatures that gradually melt the ice.

In their own experiment, Belgium scientists recreated ice disks and artificially warmed the water temperature, which immediately caused the disks to spin faster.

You Can Watch And Enjoy The Video Of Spinning Ice Disks Here: