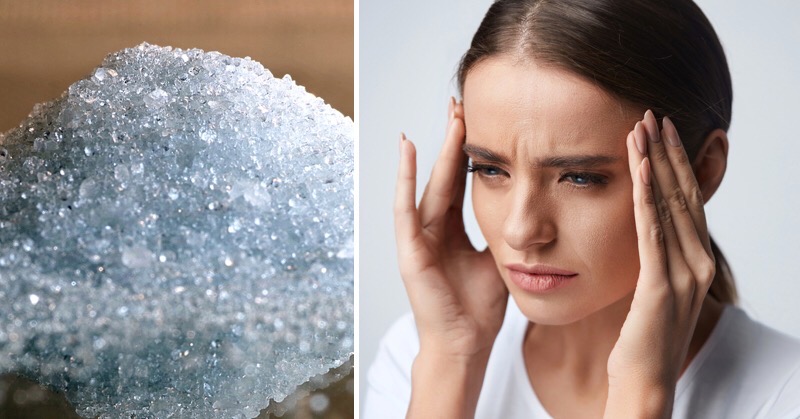 What Is Erythritol? 7 Side Effects To Watch Out For

You may have heard of this common no-calorie sweetener, but exactly what is erythritol? With zilch for calories and seemingly less of a threat than aspartame, erythritol has gained popularity as a sweetener. It’s occurs naturally in some fruits and fermented foods, but is more often than not man-made from GMO cornstarch.  Even in low amounts, erythritol can cause a slew of awful symptoms, such as stomachache, headache, and diarrhea. It may be tempting to use it as a guilt-free way of enjoying some of your favorite drinks and meals, but there is a catch!  The reason you don’t consume any calories or sugar from it is because your body can’t break it down. That’s right, despite it traveling through your body, erythritol doesn’t get metabolized.  (1) But that’s not the end of it. Learn more about the side effects that come with consuming this sweetener! 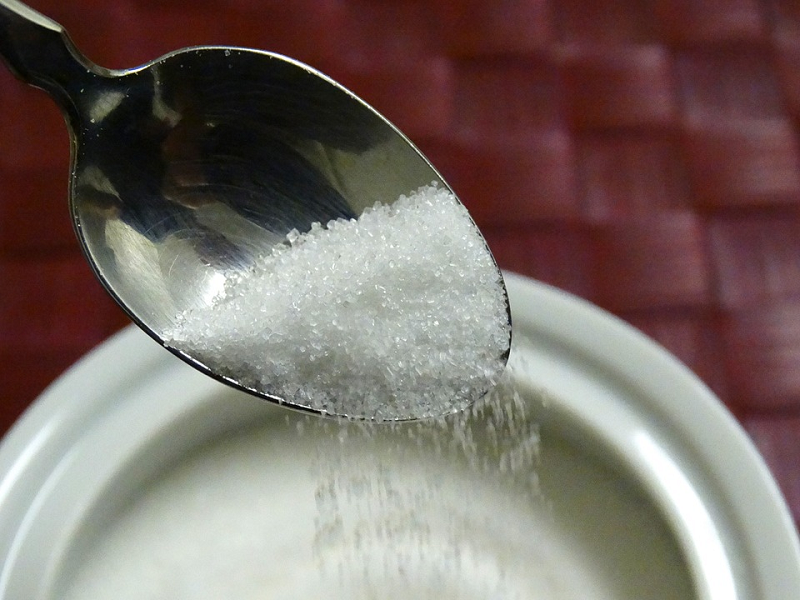 Here are 7 erythritol side effects to watch out for:

If you’re asking yourself, “what is erythritol?”, you should know that while it can come from nature, a lot of it is genetically modified! A good portion of erythritol you find in foods and beverages today is originates from cornstarch that comes from genetically modified corn. In studies involving animals, researchers have linked consumption of GMOs with infertility, immune problems, accelerated aging, faulty insulin regulation, and changes in major organs and the gastrointestinal system. As such, erythritol side effects could potentially include these negative outcomes as well. (2)

As erythritol is not as sweet as sugar on its own, it’s commonly combined with other questionable sweeteners. For example, it is often paired with aspartame, which can lead to fatal results. Asparatame causes such side effects as anxiety, depression, short-term memory loss, fibromyalgia, weight gain, fatigue, brain tumors and more.
Because many products sweetened with erythritol are also sweetened with asparatame, the side effects of the food in question are that more dangerous to your health. 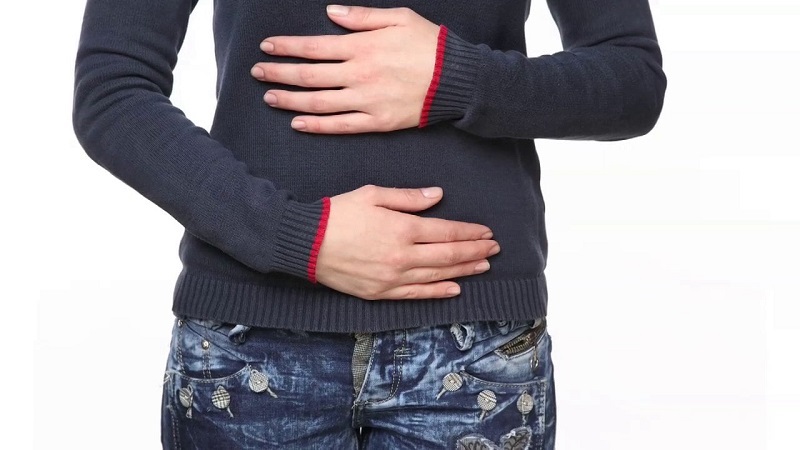 Erythritol side effects include causing digestive issues and headaches. Consumed in excess, eruthritol attracts water from the intestinal wall, leading to diarrhea. This is more likely to occur if consumed with fructose, and these particular side effects are especially common in children.  (3) While diarrhea seems harmless, it can lead to dehydration and malnutrition.

One study in found that the intake of 50 grams of erythritol causes rumbling in the stomach as well as nausea. (4)

Headaches are also a common side effect, albeit less studied.

4. Could Lead to Overeating

If you’re trying to lose weight, “what is erythritol” is a good question to ask!  This is because you can add weight gain to the list of erythritol side effects.  Your body can’t process erythritol, and as such, it doesn’t know what to do with it. When you eat natural sweeteners, your body metabolizes the sugar, and releases hormones to decrease your appetite. But with substances like erythritol, that hormone isn’t released, leaving you not feeling full. This may cause you to overeat, which can then lead to weight gain.

5. Terrible for SIBO and IBS Sufferers

SIBO (small intestinal bacterial growth) is a digestive disorder and it’s more common than most people think. Many who have this condition also suffer from irritable bowel syndrome. Those who deal with SIBO know that what you eat can make the difference between healing or increased symptoms. (5)

As erythritol side effects include digestive issues, those who suffer from IBS or SIBO should avoid using it.

Erythritol side effects also include allergic reactions. A study from 2000 noted that drinks containing erythritol can potentially cause a severe allergic skin reaction. In fact, a 24-year-old woman had severe wheals all over her body after consuming one glass of a beverage that was sweetened with erythritol. (6)

You might know a wheal as a hive or welt. It’s a raised, itchy area of skin that is often a sign of an allergic reaction. As erythritol side effects include this kind of reaction, pay attention if your body behaves similarly after consuming this sweetener. 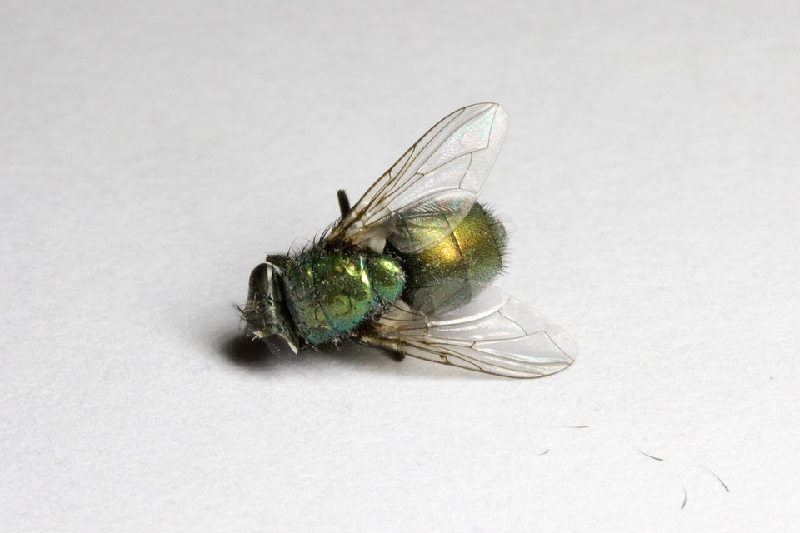 With the question “what is erythritol” now answered, and with a wealth of evidence to sway you from consuming it, you may be ready to ditch this sweetener.  However, if you’re still not convinced, there is still one more item from the erythritol side effects list to consider.

How do you feel about consuming something that is also great at killing insects?  A 2014 study found that erythritol is toxic to flies. They are drawn to the sweet flavor, and yes, it kills them as well. (7)

With all the negatives, there are some plausible positives to erythritol. For example, though studies are with mixed results, it may help fight against tooth decay in children.  (8)  Plus, this sweetener won’t cause a spike in blood sugar.   But if the erythritol isn’t non-GMO, these benefits are barely worth considering, especially when there are other sweeteners and methods that can achieve the same results.

Natural, Safe Sweeteners to Use Instead of Erythritol

What is erythritol?  You now know it’s a sweetener that can occur in nature, but is most often genetically modified. And as you can see, there are plenty erythritol side effects.  Since you’re now likely ready to ditch this sweetener, what can you use instead to sweeten your drinks and dishes? There are a few good options available. Here are 3:

Keep away from Truvia, but real stevia leaf extract make for a great natural sweetener. The Guarani people of Brazil and Paraguay have used the stevia plant for more than 1,500 years. Furthermore, stevia has proven health benefits, such as improving cholesterol, blood pressure, as well as some forms of cancer. (9)

To avoid erythritol side effects, another good sweetener option is pure, raw honey. It’s good for you and helps with allergies, diabetes, sleep problems, coughs and wound healing. For best results, look for a local beekeeper to provide you with raw honey. Doing so will make it more likely you’ll see an improvement in allergies.

Monk fruit recently has become more readily available to grocery shoppers in the United States. Its extracts are 300-400 times sweeter than cane sugar, but with no calories and no blood sugar spike. However, make sure the monk fruit you buy doesn’t contain any GMO-derived erythritol or other unhealthy additives.