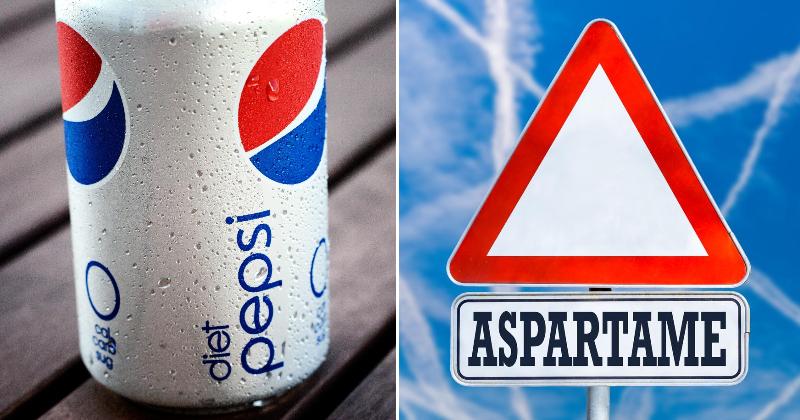 Aspartame is one of the most common sugar alternatives found in over 6,000 products. The popularity of it is due to the fact that it is 200 times sweeter than sugar, requiring a smaller amount.

As such, it is a very popular ingredient in diet sodas – the largest dietary source of aspartame, by far. Americans consume roughly 5,250 tons of aspertame annually, 4,500 tons of which are found in diet soda.

Everything isn’t all hunky dory when it comes to aspartame. In 2015, PepsiCo announced they will stop using the substance in their Diet Pepsi drinks due to evidence revealing a link between cancer and the popular sweetener.

Further, an extremely extensive study on aspartame – making use of over two million person years of data – has confirmed a link between aspartame and leukemia, multiple myeloma and non-Hodgkin’s lymphoma.

Data from 77,218 women and 47,810 men was used in the analysis, making it the largest study on aspartame in history. It contained an incredibly detailed analysis, with complete dietary questionnaires and four-year diet assessments.

The study found that just a single diet soda daily has the following effects:

Researchers aren’t totally clear on why only men seem to be put at an increased risk for multiple myeloma or non-Hodgkin’s lymphoma.

This news shouldn’t really be much of a surprise to anyone who’s been following research on aspartame. A previous study done on 900 rats over their entire lifetimes showed similar results, with increased risk of lymphomas and leukemia in both males and females.

Even more worrying was a study using rats which started aspartame exposure at the fetal stage. Not only was the risk of lymphoma and leukemia increased, female rats also showed significant increases in breast cancer rates.

So, Back To Regular Soda We Go?

While you may be tempted to drink sugary soda instead, one study found sugar-sweetened soda drinkers had a 66% increase in non-Hodgkin’s lymphoma — even worse than diet soda.

I’ll stick to cranberry juice, thank you very much.

Looking for another cool drink to try? Check out this article.

To learn more about the history of aspartame, check out this video.