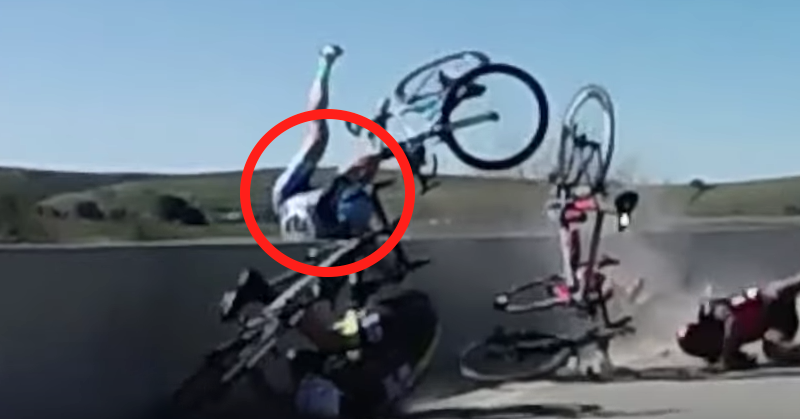 Watch: Cyclist Almost Falls 30ft To His Death… Then THIS Saves Him!

Cyclist Mike Allec is reportedly lucky to be alive after a chain reaction crash at the Santa Barbara Road Race sent him flying over the edge of a 30ft-tall bridge.

Allec was just one of many riders to go tumbling in the crash. He was the only one, however, to slip over the edge of the barrier next to him. His bike fell the full 30ft and wound up looking like this. 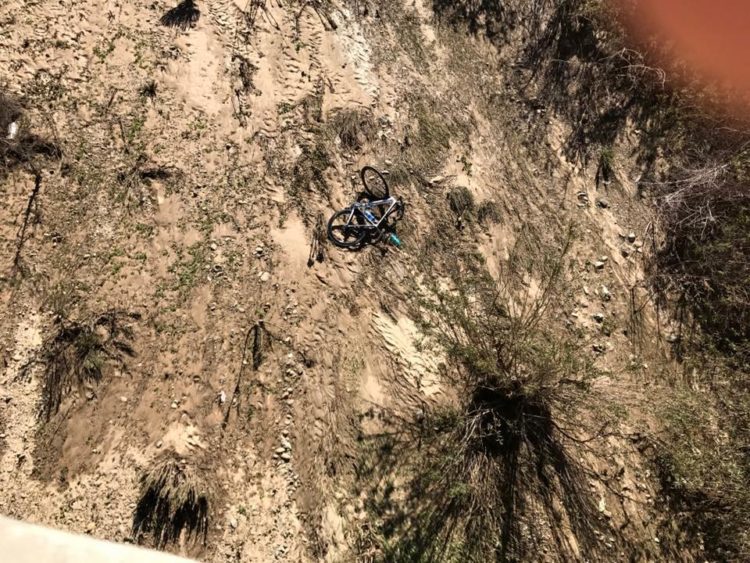 However, Allec – rather amazingly – managed to cling onto the side of the barrier until help was able to arrive and pull him up. The only damage he occurred was some road rash.

Seriously, you’ve got to see this. It’s nothing short of a miracle.

Allec’s team later said they were “very thankful for the outpouring support from many who were there and more importantly those that helped him off the bridge.”

“Words cannot express the gratitude for him being able to walk away from this with road rash, this could have ended much much worse.”