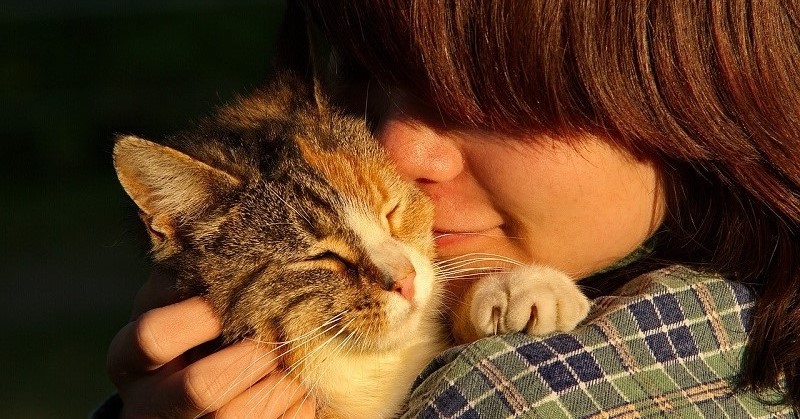 Studies Prove That Showing Compassion For Animals Can Improve Your Health

What does compassion for animals have to do with your health? Great question!

For one thing, everybody knows being around animals can make you happy. I mean, that’s the basic idea behind everything from zoos to funny cat videos, right?

Yes, there’s a certain spell animals can cast over us that’s unlike any form of captivation our fellow humans can emanate. While people speculate over exactly why this is, I like the reasoning filmmaker Andrew Stanton gave in a TED Talk. He thinks we find animals (and babies) so cute and enthralling because they can’t tell their full stories.

There’s a certain charm that comes with not being able to communicate fully with another living thing. And when said living thing lures you in, most humans tend to be compassionate and curious.

Sure, that makes for cute videos of cats terrified of cucumbers, but it’s so much more.

In fact, it can actually do a world of good for your health as well.

The Healing Nature of Animals

Dogs in particular have been found to reduce stress, anxiety, and depression when they’re kept as pets. Having a dog in the family home can also cause children to feel more secure and be more active.

The benefits are especially notable in older folks, with studies and reviews like this one finding elderly outpatients in a cardiac care unit live longer if they had pets.

Further, an Australian Study found those with pets, particularly dogs, were more likely to get the recommended amount of exercise than those without pets.

So what makes things particularly promising for pet owners? Well, research has shown that compassion has a significant impact on the longevity and quality of life for individuals.

But it’s not just the action that counted in that study. The motivation behind volunteering was also a factor. Those who gave up their time and energy for altruistic reasons had an even higher life expectancy than those who volunteered for self-serving reasons.

So what does this have to do with animals? Well, think about it this way:

If being around animals and volunteering in a compassionate way both have health and life expectancy perks, why not put the two together? How, you ask?

The health benefits of living a compassionate, eudaemonic lifestyle have been explained quite well by science on a cellular level.

The reverse was also true, with low inflammation levels being found in people who got their happiness from being compassionate towards others, particularly animals.

And why shouldn’t it be true?  Humans have, for centuries – millennia! – placed ourselves several notches above other living things. So we’ve had the opportunity and responsibility to care for others, humans and animals alike.

Although helping other human beings is very commendable and a large part of being a compassionate person, perhaps one could make the argument that it doesn’t carry with it the same degree of selflessness that caring for animals does.

I say that for this reason:

There is, generally speaking, some realm of possibility that a human you help might return the favor. But what on earth could a dog you rescue or a cat you help care for at a shelter possibly do for you in return?

While I am by no means suggesting one particular act is fueled by better intentions than the other, I mean to make the point that helping animals can be something deeply compassionate and selfless.

Animals can never possibly repay you – except, of course, in the health benefits that have been proven by scientists to come with being so compassionate.

Being compassionate doesn’t come easily to everyone, but compassion toward animals is a great first step. If you’re already beyond that, maybe you’re ready to be an empath warrior.