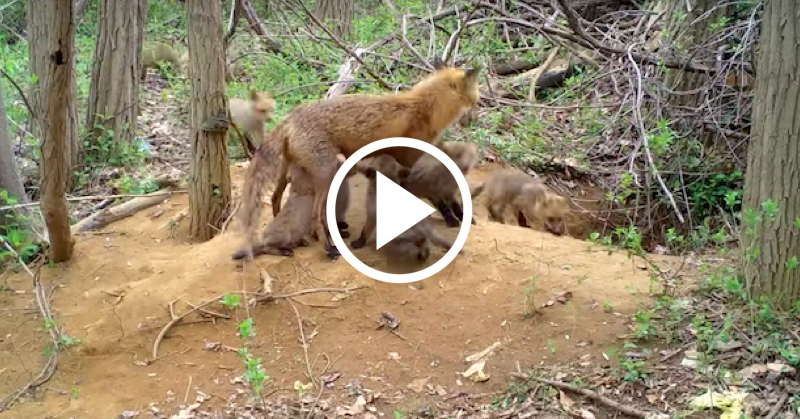 They Set Up A Camera To Watch A Den Of Foxes. What They Saw Has Everyone Talking!

A group of high school students reportedly set up a nature webcam in the forest to see what a den of foxes was up to and wound up with footage so awesome it went viral.

The clip, uploaded to YouTube by Kelly Quang, shows a lot – and I do mean a lot – of fox kits chasing after one kit in particular who ate all the food their mother had left for them.

“My god, that’s a ton of tiny foxes,” wrote one user on Reddit, the ‘videos’ section of which the clip is trending.

“Imagine how much food she must catch to sustain all of those kits,” another wrote.

One user declared, “they travel at the speed of ADORABLE.”

At least one user appeared a bit unnerved at learning adult foxes regurgitate food to feed their kits, as can be seen in the clip.

“I didn’t realize foxes regurgitate their food for their young like birds do,” wrote one. “Gross.”

“So what I’m seeing is she regurgitated food and one greedy one grabbed it and most chased,” narrated another. “Hahah too cute.”

See the clip for yourself below.

Another video Kelly Qiang has uploaded to YouTube shows the fox kits playing without their mother.