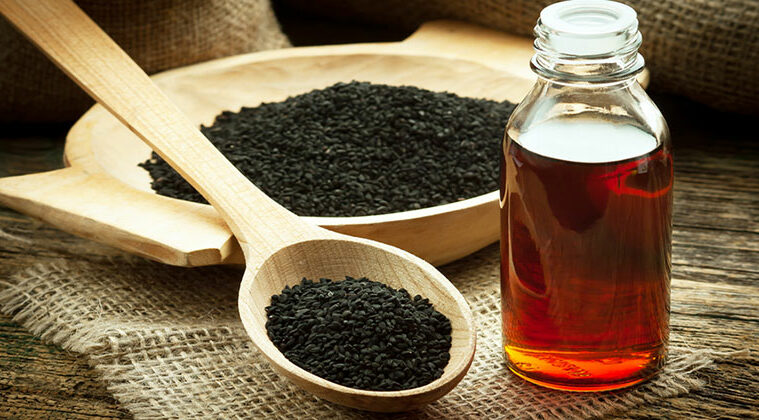 Black Cumin Seed Oil: 4 Reasons To Add It To Your Diet

Black cumin seed oil health benefits are wide-ranging, thanks in no small part to its antioxidant capabilities. Black seed oil, which comes from the seeds of southwest Asia’s black cumin plant, also goes by the following names: (1)

The amber-color oil is a staple of Middle Eastern and Indian cuisine. You can use it in a variety of ways. For example, try sprinkling it onto breads or seasoning chicken with it, just to name two.

In addition to flavoring your food, research suggests black cumin seed oil can provide you the following four health benefits. 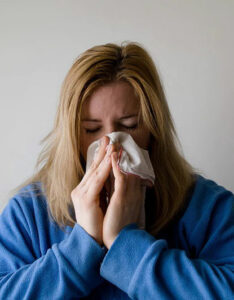 According to a 2011 report published in the American Journal of Otolaryngology, black seed oil health benefits your nasal cavity.

The report states that the use of black seed oil “can inhibit the inflammation of sinuses and respiratory airwaves.” Researchers attribute this ability to “its anti-inflammatory, antioxidant, antihistaminic, immune-modulator, antimicrobial and analgesic effects.” (2)

The active ingredients responsible for these effects are thymoquinone, nigellone and thymohydroquinone. Researchers recommend smelling the black seed oil or placing it on your forehead to combat nasal congestion.

First, a 2015 review stops short of recommending black seed oil for diabetes treatment. However, it does suggest the need for more research of the idea.

It occurs “when the blood glucose level is too high because the body isn’t properly using or doesn’t make the hormone insulin.” (4)

In addition, they lauded its “effects on insulin secretion, glucose absorption, gluconeogenesis and gene expression.” (4) 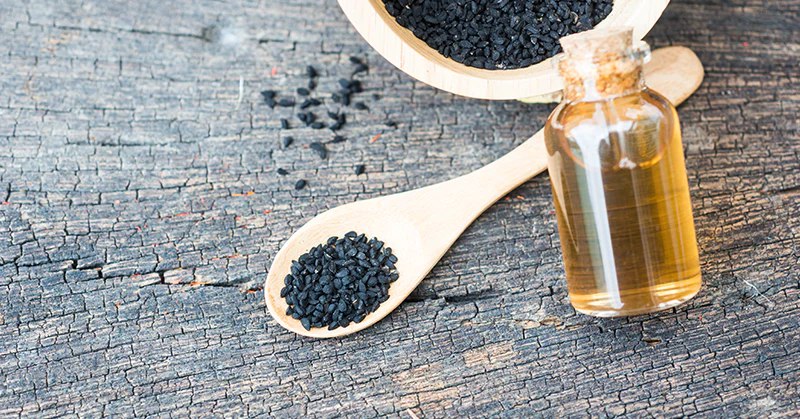 A 2017 study published in Phytotherapy Research tested black cumin seed oil capsules on asthma patients. Doctors gave some patients 500mg of the seed oil twice every day for one month while others received a placebo. (5)

At the end of the trial, researchers found that the black cumin seed oil group showed a significant improvement in asthma symptoms above their peers who had taken a placebo.

This should be fairly unsurprising considering asthma results in your airways becoming inflamed. (6) The researchers behind the 2017 study pointed out the generally poor compliance of asthma patients with conventional asthma medication.

Black cumin seed oil may be an effective supplement or alternative to such treatment – but you should only consider this after consulting with a health professional who knows the details of your case and symptoms. 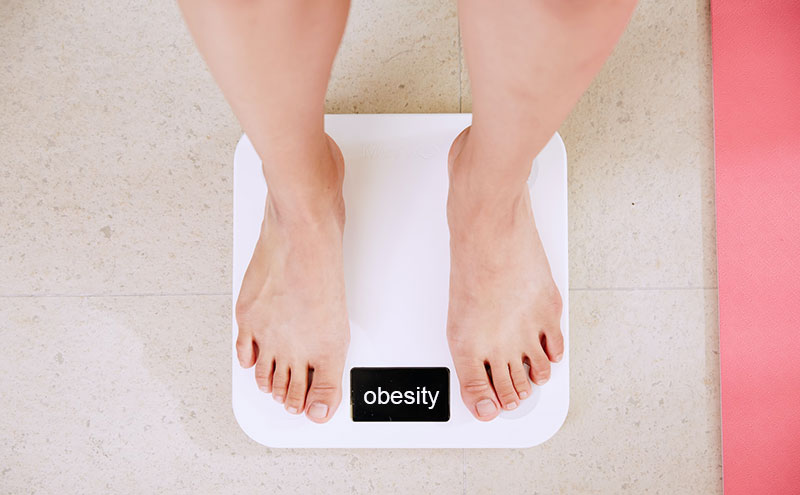 At the end of the study, researchers found that weight, waist circumference, and triglyceride levels had decreased in the women who took the black cumin seed oil.

Those are all factors that, if left unchecked, could lead to obesity and, subsequently, cardiovascular disease. This study’s results suggest that black seed oil could be helpful as part of a broader obesity prevention plan in your diet.

As with any potentially helpful substance, it’s a good idea to look into potential negative effects of black cumin seed oil.

So before you take black seed oil to take advantage of any of the above benefits, it’s important to lay out a few things.

As is our policy, all information on our site is for entertainment and information only. Specifically, this blog post should not be taken as medical advice. If you are using medications to treat any of the symptoms mentioned above, do not stop taking those medications in favor of black cumin seed oil.

The only time you should do something like that is after you’ve spoken to your doctor and received the all-clear.

Now, onto potential side effects of black cumin seed oil.

There hasn’t been much research into heavy use of black seed oil. That is, heavy use meaning more than what you would use in your food. 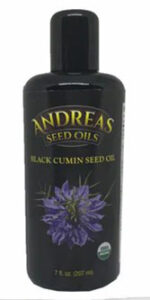 Based on information from WebMD, pregnant women should avoid using black seed oil in medicinal amounts. (Again, more than what you’d take in food.) For this reason, we’d recommend simply avoiding black seed oil during your pregnancy. (9)

This makes it a powerful delivery system for black seed oil’s benefits.