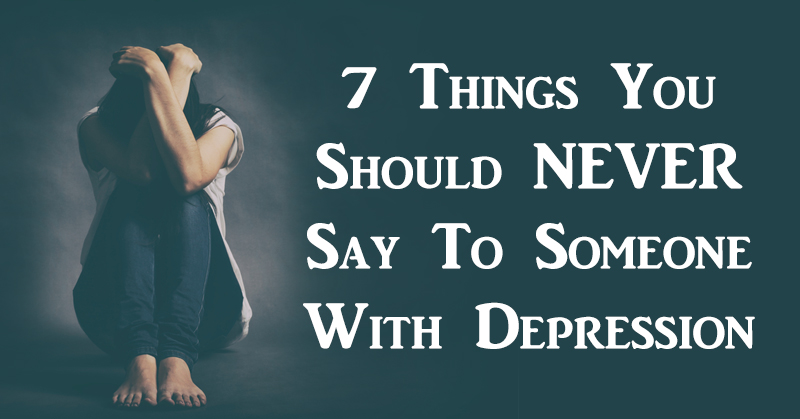 7 Things You Should NEVER Say To Someone With Depression

Depression is more common than you might think. Major depressive disorder is the leading cause of disability in the Unites States for ages 15-44. More than 15 million American adults are affected by depression each year. It can cause very severe symptoms that affect how you feel, think and handle life on a daily basis.

Depression is a very real, very scary and debilitating disorder, and it should never be taken lightly. If you know someone who is suffering with depression, it’s extremely important that you don’t make ignorant suggestions or sarcastic remarks. The fact is, they are in pain. You might think you’re helping them by telling them to “snap out of it,” but all you’re doing is adding to their pain.

Here are seven things you should never say to someone who is suffering from depression:

Depression can happen to anyone, at any age. This comment expresses a true lack of compassion. Saying this shows that you aren’t taking their illness seriously, and you also don’t understand what’s going on.

2. “Maybe You Should Trying Learning From Your Mistakes”

Saying this to someone who is depressed is the equivalent to kicking them when they’re down. This gives them more insecurities and more reasons to be upset. This adds to the sense of hopelessness and failure that they’re already struggling with.

When someone is battling depression, they have very little energy to see clearly. Their sadness is so overwhelming and paralyzing that they are unable to see the positive things in life. Saying this to someone with depression will hurt them even more. 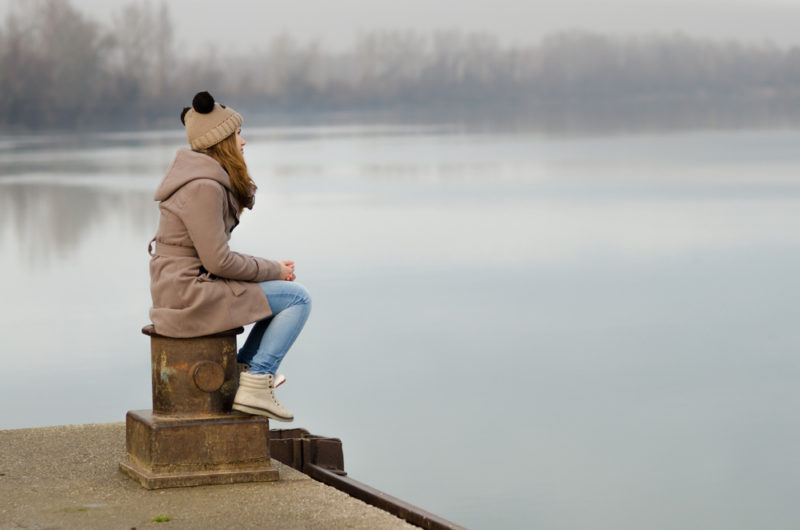 Depression is not a sign of weakness. This statement isn’t just insensitive, it’s an expression of extreme lack of compassion for your friend or family member who is struggling.

This statement is clearly insensitive to someone who is battling depression. Saying “it’s all in your head” degrades them and lets them know that you think they’re making the whole thing up.

Telling someone with depression to “snap out of it” is a clear sign that you’re dismissing the mental disorder. You’re denying there is any real problem and suggesting they are simply feeling sorry for themselves. This can end up making your friend or family member withdraw from you, even more than they already have.

7. “I Thought You Were Stronger Than This”

A person who says this to a friend or family member battling depression is probably struggling with their own emotional issues. This is a bullying phrase – you’re telling that person their illness is weak, in order to make yourself feel better.