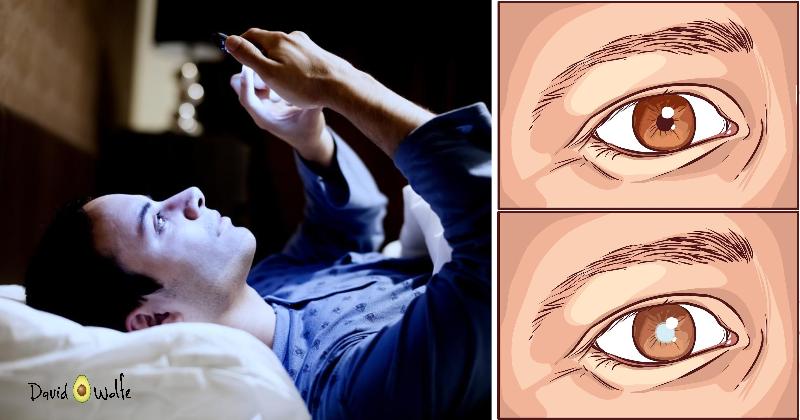 3 Serious Reasons Why You Need to STOP Using Your Smartphone at Night!

If you are like most people, you spend some time at night using your smartphone before bed. Just a final check-up on how friends are doing, a game of Candy Crush, and a quick look at tomorrow’s weather seems perfectly safe and normal. However, as smartphone use increases, so does the research, and it is not looking good for our bodies.

Cell phone radiation is a common problem that many people talk about, but it isn’t the only thing we should be worried about. The “blue light” that smartphones produce has been linked to some pretty serious health issues.

“Blue light is part of the full light spectrum, which means we’re exposed to it by the sun every day. However, nighttime exposure to that light, which is emitted at high levels by smartphones, tablets, laptops, and other LED screens, may be damaging your vision. It also suppresses production of the hormone melatonin, which throws off your body’s natural sleep cues.” (source)

Night time smartphone use has been linked to the following 3 problems! 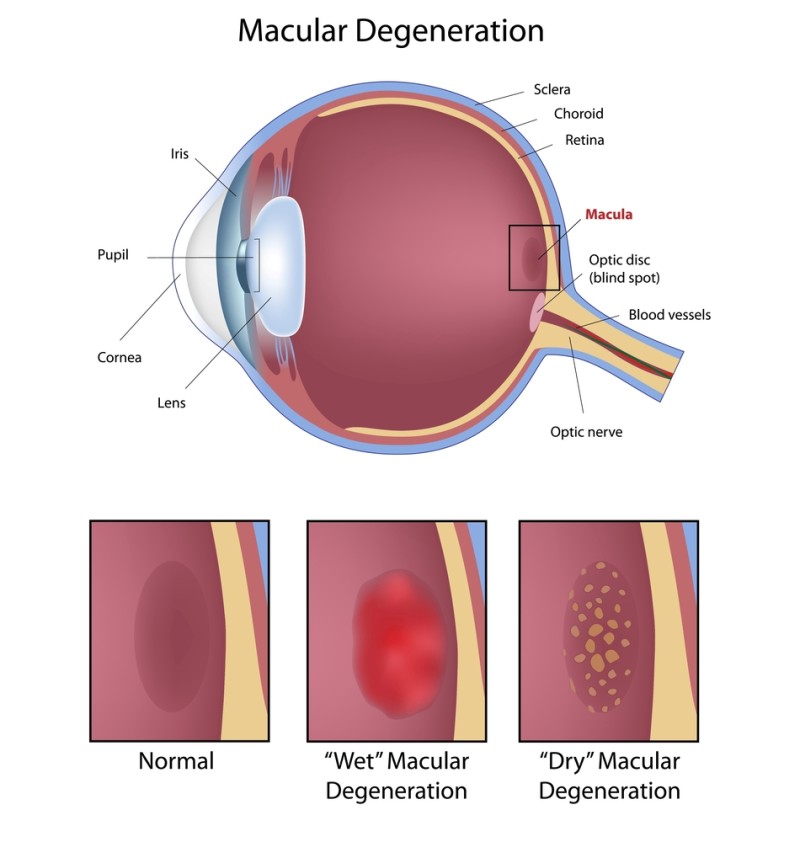 Cataract development may also be linked to blue light exposure. One doctor has come across 35-year-olds with cloudy, cataract-affected eyes similar to 75-year-olds. The doctor believes smartphone use is the root of the problem, but more research needs to be done. (source)

As we mentioned above, “blue light” disrupts melatonin production. Melatonin is a hormone that regulates the body’s sleeping cycle. Without a properly regulated sleep cycle, you cannot get enough of the sleep you need. Lack of sleep or skewed sleeping cycles are associated with a whole bunch of health issues.

Increased light at night and resulting sleep problems have been linked to a higher rate of cancer. This is especially true for breast and prostate cancer. Melatonin, suppressed by “blue light,” is also an antioxidant and has been shown to be essential in the body’s natural fight against cancer. (source)

Basically, melatonin helps the body fight cancer and “blue light” decreases this production. A one-time disruption would not be a serious issue, but there are some people who use their phones for hours at night before going to bed. They do this everyday of the year. Overtime, this begins to add up and create the problems listed above.

To learn more about how smartphone use affects the body, take a look at this amazing infographic from Tech Insider. 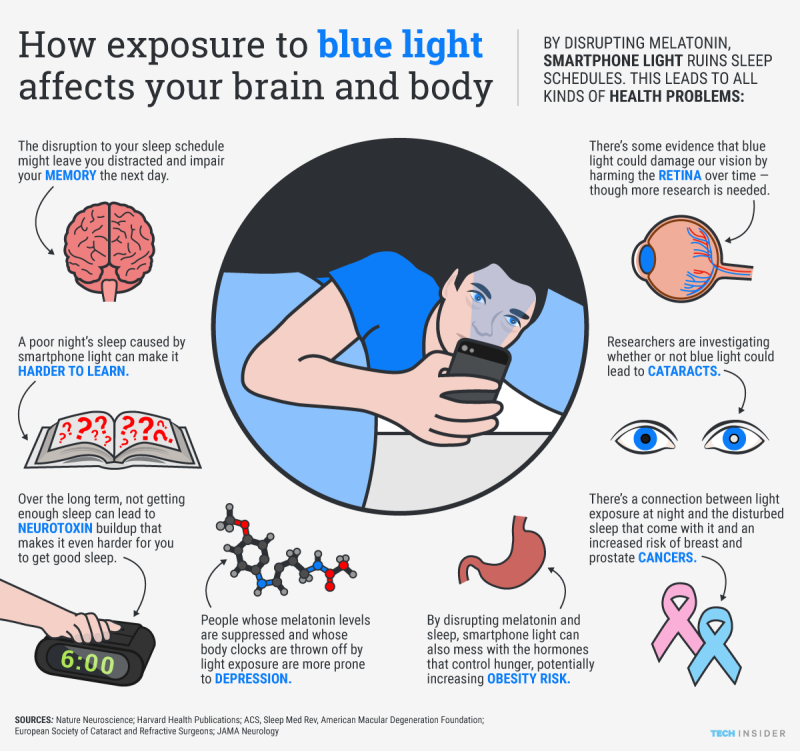 This amazing app removes “blue light” from your phone so that it is safer to use at night! Check it out!

Are you still going to continue using your smartphone at night?