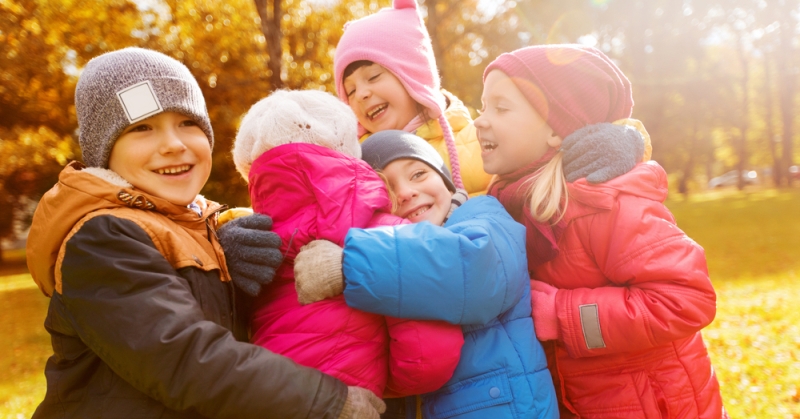 There are two types of people: huggers and non-huggers. Some people just aren’t the cuddly type. They’re probably the ones who shy away a little bit when you go in for a hug. Others love to show their appreciation, happiness or excitement by hugging those they care about. They are the ones who give those giant bear hugs that you either love, or are a bit afraid of, depending on your hugging preference.

Regardless of your touchy-feely preference level, hugging can convey a message that words often can’t. It can create a special bond between two people, even for a few seconds. It can allow someone to share in another person’s joy, and experience a moment that’s important to them. When two people are engaged in a hug, it sets off a series of health benefits for each person. If you aren’t a hugger, the positive effects of a hug discussed here might just change your mind.

Hugging can lead to a release of oxytocin from the brain, causing huggers to bond. The release of this hormone is associated with feelings of contentment and relaxation.

A hug might start out firm at first, but after a few seconds most huggers allow their bodies to slightly fall into each other. This can allow the muscles to relax, having a therapeutic effect.

Hugging can cause the release of endorphins, which relieve pain by blocking pain pathways in the brain. It can also soothe aching by increasing circulation to soft tissues. If you’re feeling under the weather, hug someone!

A passionate hug can cause an exchange of feelings between two people, and produce feelings of understanding and empathy, thanks to the release of the hormone oxytocin, often referred to as the love hormone.

Hugging can increase the production of dopamine levels in your brain, boosting your mood. Low dopamine are related to depression, self-doubt and lack of enthusiasm. The release of oxytocin may also play a part in helping to relieve depression.

By increasing both dopamine and serotonin levels, hugging can be an instant mood-booster. If you’re down in the dumps, find someone you care about and go in for a hug!

Hugging can help to reduce levels of the stress hormone known as cortisol. Lower levels of cortisol allows the mind to calm and the body to relax. A study found that receiving hugs showed a positive effect on stress levels.

A study found that people who received social support and frequent hugs had less symptoms of an illness — or even none at all — compared to those who received less or no hugs.

A study published in the Psychological Science journal revealed that hugs and touch reduced worry. Researchers discovered that even hugging an inanimate object such as a teddy bear was enough to sooth a person’s worry and fears.

A University of North Carolina study found that participants who did not have physical contact with their partners developed a quickened heart rate by ten beats per minute, compared to five beats per minute in those who were able to hug their partners during the experiment. A slower and stable heart rate will help to decrease blood pressure and lower the chance of heart problems.