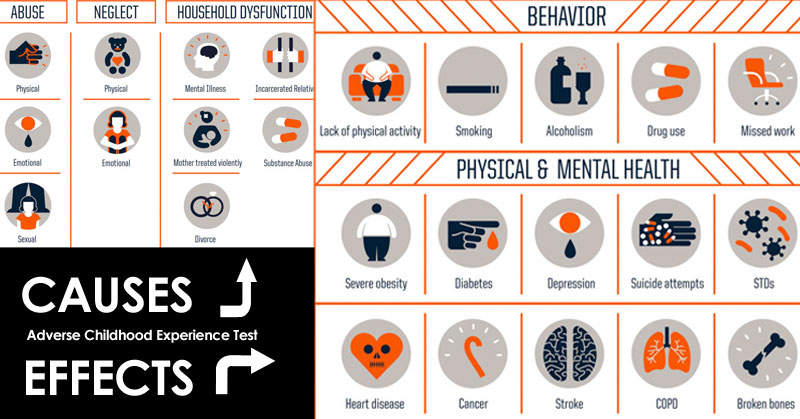 This Quiz Determines How Negative Childhood Experiences Will Affect Your Health

The circumstances of one’s childhood can go a long way in determining challenges that arise later in life.

The Adverse Childhood Experience study, or ACE, attempts to quantify those experiences and the adverse effects that they have on an individual.

The study measures 10 types of childhood trauma which include physical abuse, verbal abuse, sexual abuse, emotional neglect, witnessing substance abuse in a parent and having a family member in jail.

Each type of trauma falls into one of three categories. 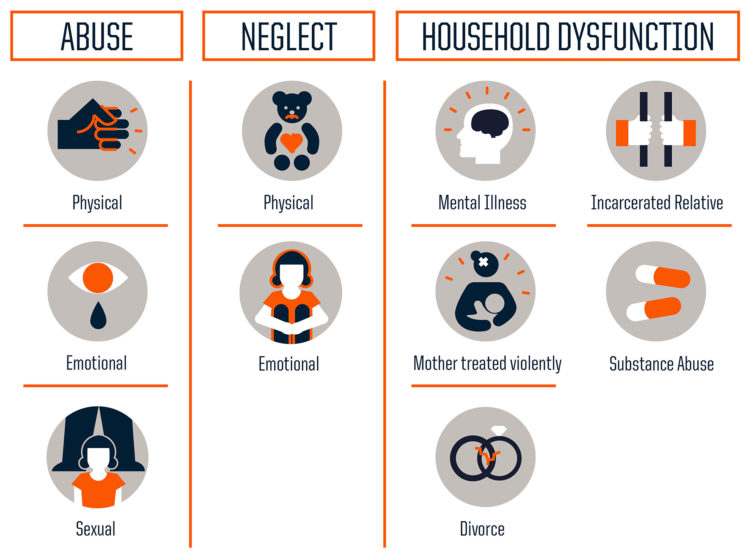 The types of traumas included in the study were chosen based on which were most common in a group of roughly 300 Kaiser members, as well as extensive literature on the topic of adverse childhood experiences and the severity of their effects on individuals later in life.

The study discovered a link between childhood trauma and diseases such as heart disease, lung cancer, diabetes and depression. You can read the research results here.

The important thing to remember about the ACE test, as with any self-administered study, is that it should be used as a guideline.

It does not provide a formal diagnosis but if you find that your score is high and you’re having a rough time in life related to those adverse experiences, you might want to seek professional help.

You’ll need to tally each ‘yes’ at the end.

Tally up the amount of times you said “Yes” to any of the questions. That is your ACE score.

So What Does It Mean?

Here’s a breakdown of the circumstances that people with various ACE scores face. The percentage represents the portion of people with that score who face that particular challenge.

A Score of Zero

Being Raped Later In Life: 5%

Being Raped Later In Life: 10%

Being Raped Later In Life: 16%

Being Raped Later In Life: 18%

A Score of 4 or Higher

Being Raped Later In Life: 32% 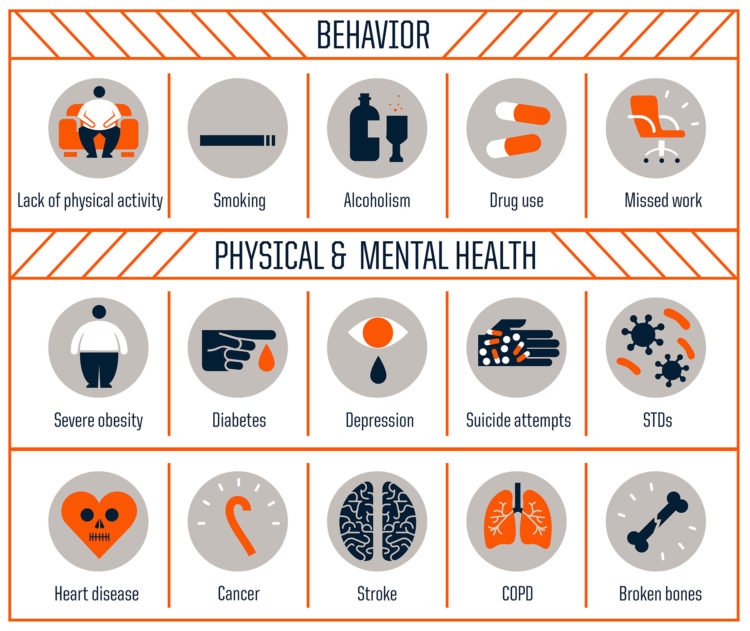 If you’d like to look into the ACE study a bit more, check out this page.