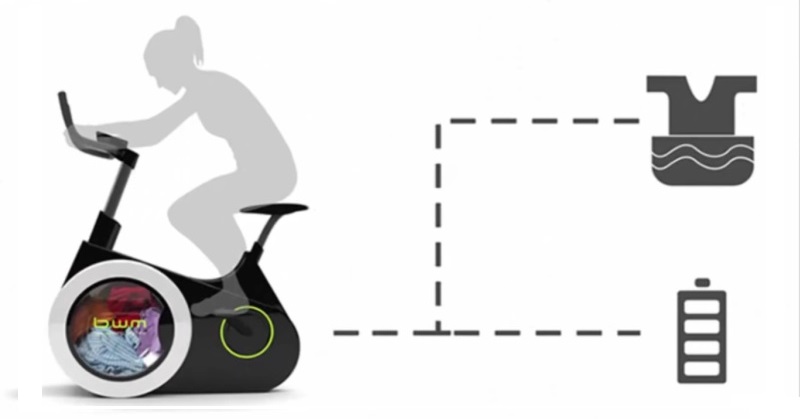 This Bike Does Something Amazing When You Exercise!

If you’re a bit obsessed with multitasking, like I am, you know how imperative it is to work toward more than one thing at a time. It keeps you busy and productive, and it’s super time-efficient! Working out is one of those areas where I can’t really practice my multitasking skills. My heart rate is elevated and my arms and legs are too busy to accomplish anything else while running or lifting weights. Well, if you happen to be a multitasker and you like to exercise regularly, I have exciting news for you: a special product may be in the works for multitaskers and exercise fanatics alike!

Students at the Dalian Nationalities University in China decided to combine two popular activities — cycling and washing clothes —in an effort to revolutionize the washing machine industry. Thus, the Bike Washing Machine was born. 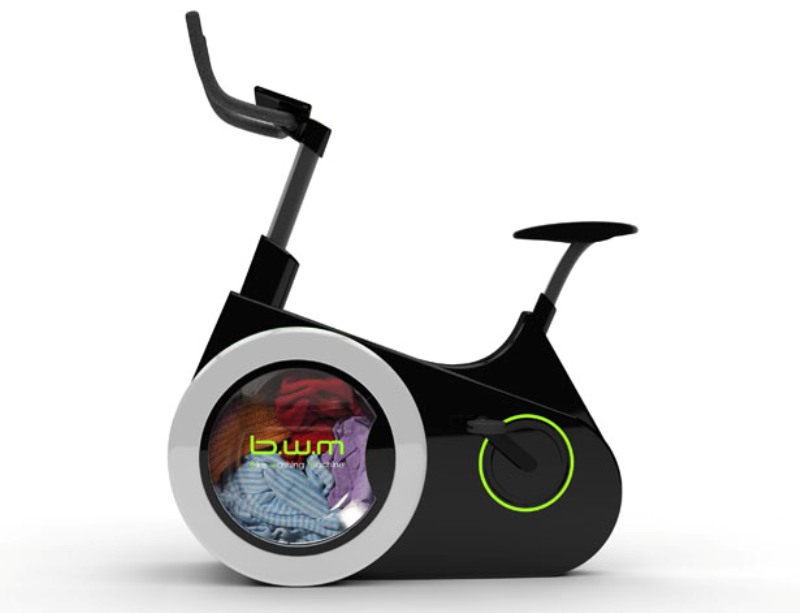 The Bike Washing Machine is a combination of a stationary bike and a washing machine, so users can exercise away while washing their clothes. Now, I know what you’re thinking: “Can’t I just turn on the washing machine then go work out? Isn’t that the same thing?” Yes, of course that’s a viable option, but it’s not exactly the same thing. 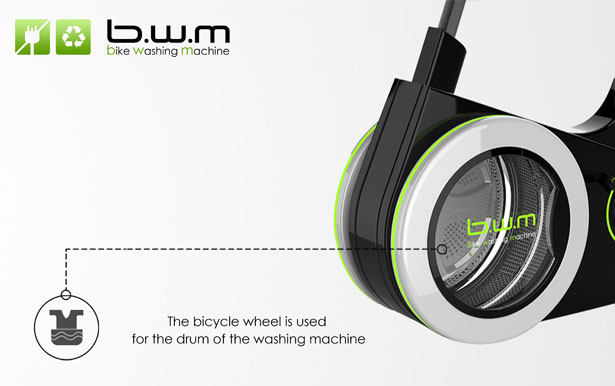 You see, the pedaling motion of the bike causes the drum of the washing machine to rotate, washing your clothes in the front wheel. The excess energy can then be used in either one of two ways: to power the display screen on the top of the bike that keeps track of your progress, or it can be stored for future use.

What happens when a spinning class and a laundromat meet? The Bike Washing Machine. 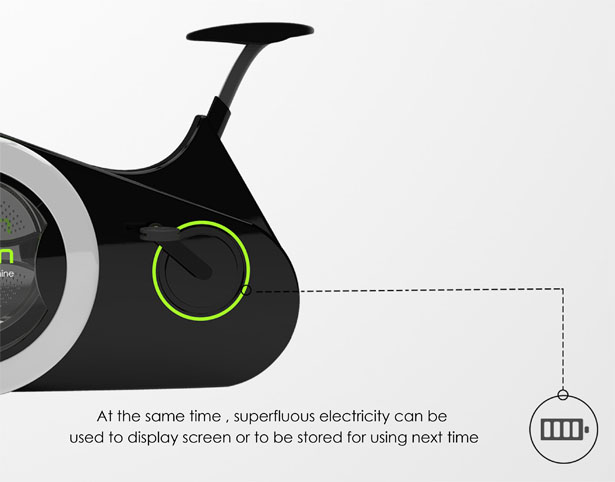 I know it sounds exciting, but the product hasn’t come to life just yet. There are still a few kinks to work out. The size of the washing machine would be pretty small, so it would undoubtedly take multiple spin cycles to complete a typical load of laundry. And how would the water work? Do you need to run a pipe to the bike or does it need to be filled manually? How would you drain it?

This isn’t the first time this concept has been suggested. In 2011, Richard Hewitt from Sheffield constructed a more basic version of the machine, which allowed people to wash their clothes while riding a bike. He called it SpinCycle, and explained that he was inspired to create it after a trip to Africa. His plans were to set up a company to build the bike in developing countries.

Any way you spin it (ha!), the Bike Washing Machine sounds like a promising way to combine exercise with a carbon-free energy source to clean your dirty laundry and successfully accomplish two things at once — exciting multitaskers everywhere. At the very least, it’s an interesting concept that may be one to watch out for. 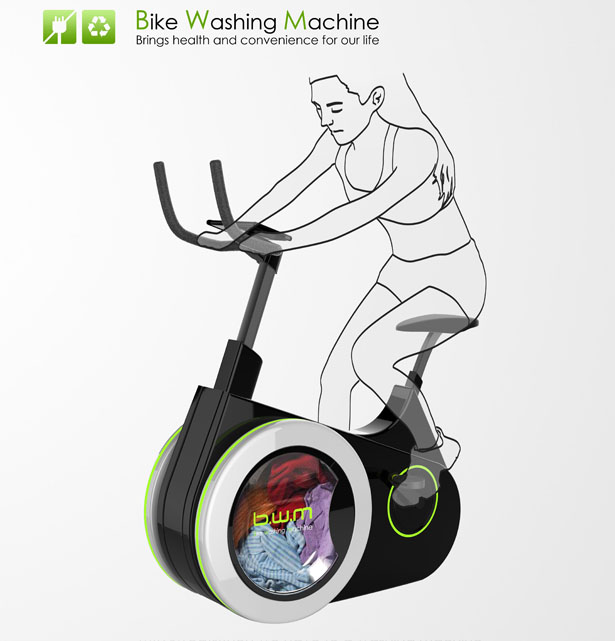