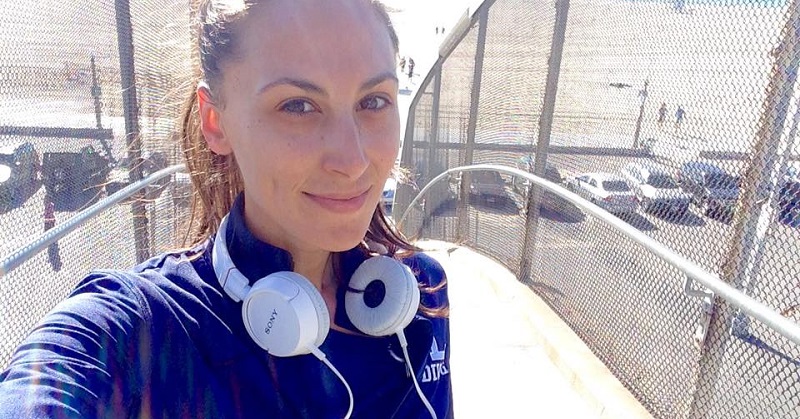 When non-profit organization Stop Street Harassment conducted a survey on sexual harassment and catcalling, they were bound to wind up with some alarming statistics. And indeed, they did. 99% of female respondents reported being catcalled at some point. 68% of them said it had happened 26 times or more.

Julia Price is one woman who’s been catcalled. One day, as she was out on a jog, a man on his lunch break began harassing her. That’s when a very unlikely hero stepped forward and put the man in his place.

Julia shared the experience in a Facebook post that has since gone viral, with nearly 170,000 shares and a whole boatload of likes.

Read the full story below:

I was on my usual running path when I heard an older man yelling loudly enough for me to hear through my headphones. “Sexy lady, hey hey hey sexy lady!” He kept screaming it and I decided to just ignore him and keep running.

This ignoring seemed to piss him off so he lashed out and said “eff you, dumb B****!” Now let’s keep in mind he was well-dressed and appeared to be on his lunch break from an office job.

That was my trigger point. The B word. I ripped off my headphones prepared to stand up for myself when this little boy who was walking alongside his mother and little sister in a stroller looked at the guy and said, “Hey. That is not nice to say to her and she didn’t like you yelling at her. You shouldn’t do that because she is a nice girl and I don’t let anyone say mean things to people. She’s a girl like my sister and I will protect her.”

The man was immediately embarrassed and started gathering his lunch to leave. I asked the mother if I could hug the little boy (his name is James) and I told him how grateful I was for him. He just shrugged and said “Well I just wanted to make sure your heart was okay.”

According to his mother, this is a typical day in the life of James. Thank you so much to the mothers and fathers who are raising the next generation to be brave and courageous, and to be little earth angels for all. I am so touched.

Imagine that – a young boy putting himself out there to protect a total stranger. Several commenters praised James for his actions.

How awesome is James? SHARE this post to encourage more decent boys and men to stand up to those who catcall and harass.

Check out this video to learn more about the alarming reality of harassment faced by women around the world.