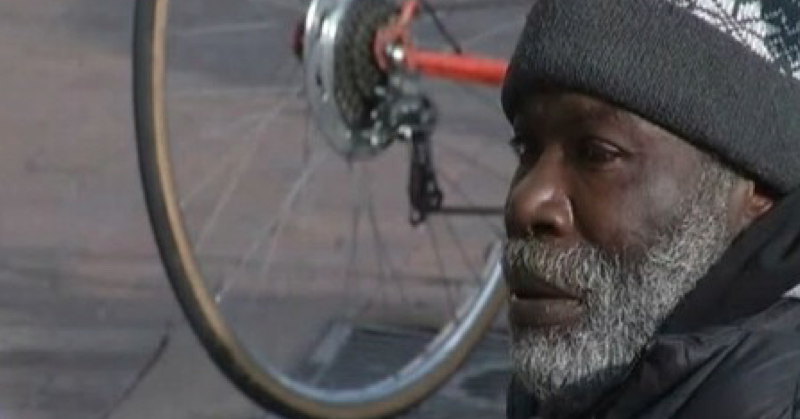 Homeless Man Returns Diamond Ring Accidentally Given To Him. His Reward? WOW!

In 2013, Billy Ray Harris was a 55-year-old homeless man living under a bridge in Kansas. But beyond the surface was a man with a heart of gold. One day, it changed his life.

That very day, Sarah Darling passed Billy Ray and dropped some change into his cup. She didn’t realize until later that she had also accidentally dropped her $4000 engagement ring with it! When Billy discovered the ring, he contemplated what to do with it.

He considered selling it, because Lord knew he needed the money. But something inside him told him to hold onto it instead.

Two days passed and Sarah returned to the place where she had met Billy Ray. Panicked, she didn’t know what to expect, but prayed that he might have the ring.

It turned out he did!

Without any reservations, Billy Ray handed the ring back to Sarah.

But this was just the beginning of their story.

Sarah and her husband, Bill, became friends with Billy Ray and went on to create an online fundraiser for him. Amazingly, they raised almost $200,000 and reunited him with his lost family!

It was Billy Ray’s kind act of selflessness that completely changed his life. By not giving into his own selfish desires and selling Sarah’s engagement ring, he set into motion a path that would make his life rich in more ways than monetary.

Can you imagine what could happen if you did something selfless?

Miracles do happen, after all.