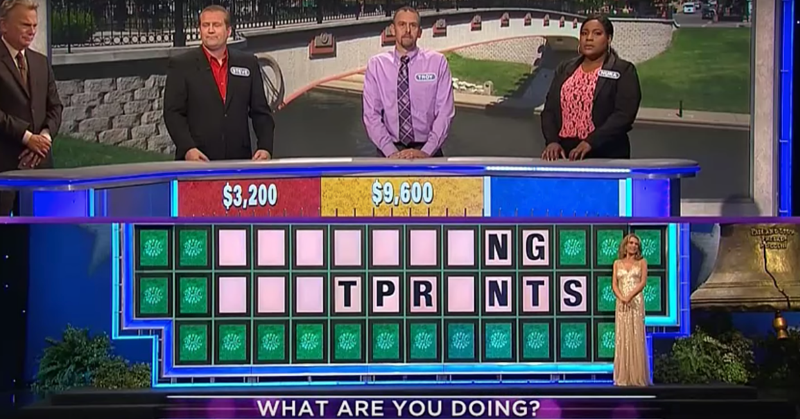 ‘Wheel of Fortune’ Guest Intentionally Throws Round – The Reason Will Melt Your Heart!

Back in November 2015, it was the game show’s first Veteran’s Week, which featured past and present members of the military.

By the time the show got to the last round, Fountano held a commanding lead. Then she started acting inexplicably.

The theme of the puzzle was “Following Footprints.” Normally, contestants on Wheel of Fortune choose popular letters like R, S, T, L, or N.

Fountano affirmed, “As in Zulu. Z.”

But that wasn’t it. She then went on to guess “X”, plus missed her chance to answer twice because she hesitated too long.

Unsurprisingly, she lost the round. The money went to fellow veteran, Steve, who hadn’t managed to rack up much money throughout the show.

At the end of the round, Sajak again asked, “May I ask you a question? You called some unusual letters that round!”

This left the show’s viewers shocked and confused:

WHY IS THIS LADY GUESSING Z, X, AND Q FOR THIS PUZZLE? #wheeloffortune

Z? Then no letter? Then Q?
Is Nura drunk?#wheeloffortune

How was it that Fountano could have such a commanding lead in the first two rounds, only to sink in the third?

It turned out she was purposefully guessing bad letters in order help out her fellow brother-in-arms. Even at the risk of public embarrassment.

Demonstrating one of the core values of the military, Fountano put “service over self.”

After, thanks to Fountano’s intentionally poor choices, Steve won $6,400.

This woman ROCKS! Nura was up big on Wheel of Fortune and threw a round so a vet could win some $$$. WATCH HERE https://t.co/t4kGsmcIUe

Yes, @patsajak knows what’s up: #Nura obviously threw this @WheelofFortune round so a fellow vet would win $$. https://t.co/NWKN5BDUbt

It turned out Fountano wasn’t crazy at all, but a class act!