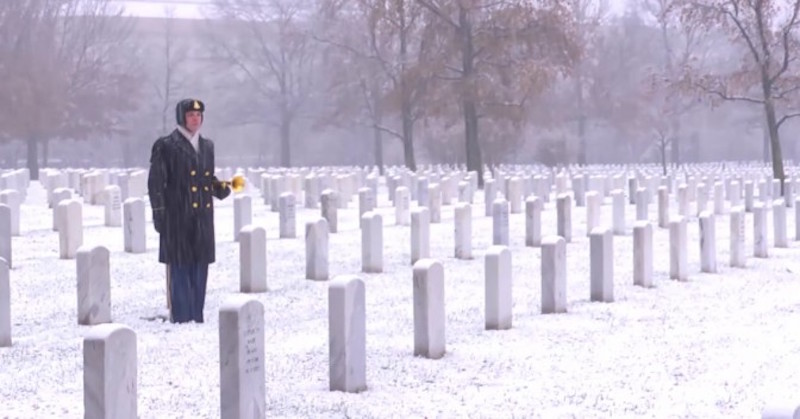 They Saw a Soldier Standing Alone In a Cemetery. What They Saw Next Gave Me Chills!

To say Arlington National Cemetery is a profound place would be an understatement. The rows and rows of white headstones marking the graves of military men and women have moved many family members and loved ones to tears.

It’s a place filled with American history, with some tombstones in the 624 acre lot dating all the way back to the Civil War.

Can you imagine attending a funeral service there?

Any funeral is tough, but a military funeral has something extra attached to it. In many cases, the deceased was young and at the prime of their life when they passed away, making the ultimate sacrifice for their country, a sacrifice many of us can’t quite imagine making.

At all military functions since the Civil War, including funerals, “Taps” is played on the bugle by a member of the United States Army Band. It’s a great honor to play the tune, but it’s also part of a solemn moment.

If you’ve never witnessed it, have a look at the clip below. It’s truly a sight to see – and incredible to hear!