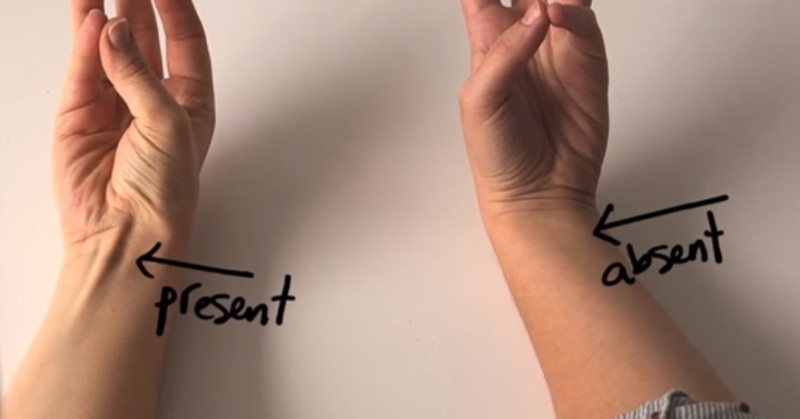 Does a Tendon Protrude from Your Wrist? This is What it Means!

It turns out that if you have a tendon protruding from the underside of your wrist, you actually have physical signs of evolution attached to your body – how cool is that? It sounds a little freaky. It looks a little freaky. But what does it mean?

But neat as it is, other than spooking your friends with Machinist impressions, a protruding wrist tendon doesn’t really have a purpose; therefore it’s known as a vestigial structure.

Vestigial structures are body traits left over from evolution that have no discernible use for us modern humans. That includes things like tailbones, goosebumps and that pesky appendix. These are different from other traits humans have evolved to no longer require because instead of phasing out entirely – like the tail – they remain present in the body for reasons that remain a mystery to many scientists.

They’re like a few extra lines of code that don’t really do anything.

But back to that wrist tendon.

It’s known as the palmaris longus and it turns out most people have it – in fact, those of us who don’t are actually reasonably rare at 14% of the general population.

It is believed that the palmaris longus was used by humans years ago to activate the wrist’s flexibility. However, it has no effect on the modern human’s body.

In fact, the tendon’s presence is so benign that it’s very common for it to be removed and used in tendon grafts or cosmetic surgery.

If your mind is blown already, wait till you check out the video below from Vox that highlights a few other vestigial muscles in your body!