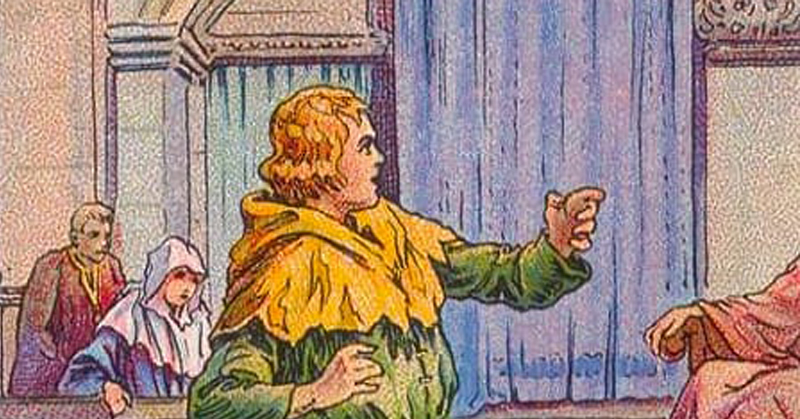 Only The Most Observant Can Find The Harp In This Picture. Can You?

Alas! Tis a dismal fate for the harpist pictured below if he cannot locate his harp! Knowing that the king isn’t the sharpest tool in the shed, the minstrel is simply, for the time being, pretending to play the harp. And although the musician might be able to fool the king for a while, once His Majesty discovers the minstrel doesn’t have his instrument, it’s off with his head!

Can you help this poor musician find the harp he seeks?

The harp, dating back to as early as 2500 B.C., is one of the king’s favorite instruments. As a lad, he would fall asleep to the gentle sound of a harp, played by the man his mother hired.  And while the harpist was a talented man, the boy demanded he play through the entire night, seven nights a week!  But one  evening, however, the harpist could stand it no longer.  Though he tried to fight it, it was no use.  He he fell asleep while it was still dark.

The boy woke at once and threw a fit! The Queen banished the harpist from the kingdom, but that wasn’t good enough for the future king. The lad vowed, then and there, that during his reign, any musician who failed to fulfill his duties would be immediately sentenced to death!

So, are you up to the task? Can you look far and wide for the harp to save this man’s life?

Look at the picture below of the harpist pretending to play his instrument for the king. Do you see the harp? 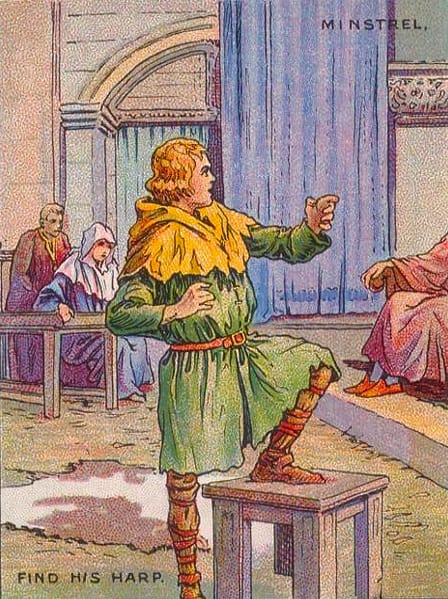 Were you able to save the poor minstrel’s life?  If not, have no fear!  A little harp help is all you need!  The minstrel may live to see another day after all!   Whether you were able to find the harp on your own or needed a little help, the minstrel is grateful just the same!

Here is the solution: 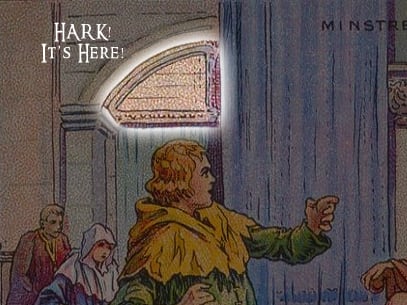