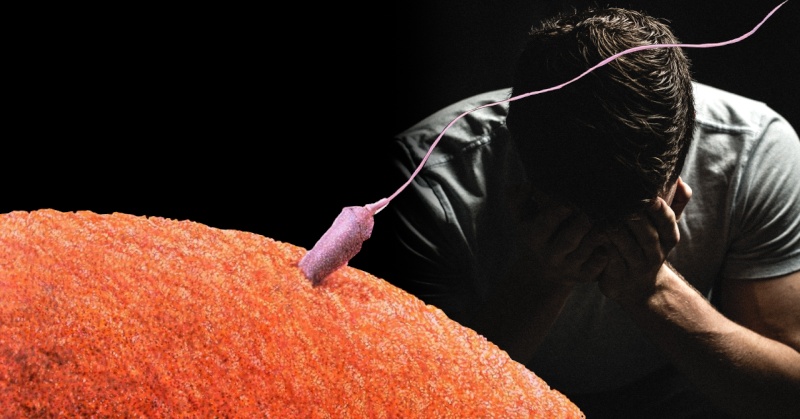 If you live in North America, Europe, Australia, or New Zealand, there’s some bad news: a new groundbreaking study has concluded that men from these regions have seen a 52% decline in sperm concentration.

Even worse, the researchers believe that exposure to certain chemicals may be the cause.

Conducted by a team from Hebrew University led by Dr. Hagai Levine, the study also found that overall sperm counts had dropped by 59%.

The difference between sperm concentration and sperm count is key.

Researchers first gathered and examined thousands of studies, and then performed their own meta-analysis of 185 studies.

In total, there were 42,935 participants with considerations for “fertility status, age, ejaculation abstinence time, semen collection method, sperm count method and geographic location at the level of continent.”

The conclusions were startling: sperm concentration plummeted at an average rate of 1.4% per year.

By 2011, the concentration levels in these Western industrialized nations dropped by 52.4%.

Levine regards a sperm concentration lower than 40 million/ml is “particularly concerning” because, according to his research into the topic, levels below this are associated with a “decreased monthly probability of conception.”

However, if you happen to live in South America, Asia, or Africa, the researchers report good news: there were no significant decline in these regions.

Although past studies suggesting a plummet in male sperm counts were often dismissed due to lack of rigor, Levine says that “now we have a pretty solid answer” as his study used a “more conservative, sophisticated analysis.”

One of the more startling outcomes of Levine’s research is his speculation that being “exposed to many chemicals we’ve never been exposed to before” could be playing a key role in declining sperm counts.

As reported by CNN:

“Previous studies, including his own, show that exposure in utero to endocrine disrupting chemicals can harm male reproductive system development and fertility potential.

“Commonly used chemicals, including pesticides, lead and fire retardants, can increase or decrease production of certain hormones within our bodies and so are said to disrupt our endocrine, or hormone-making, system.”

Indeed, according to Sonya Lunder of the Environmental Working Group, there is research suggesting that endocrine-disrupting chemicals could have an impact on women’s capacity to birth healthier babies.

Though, Lunder empahsized that “there’s not one route to reduction in sperm quality and sperm count for men. By all accounts, people assume there are multiple factors at work.”