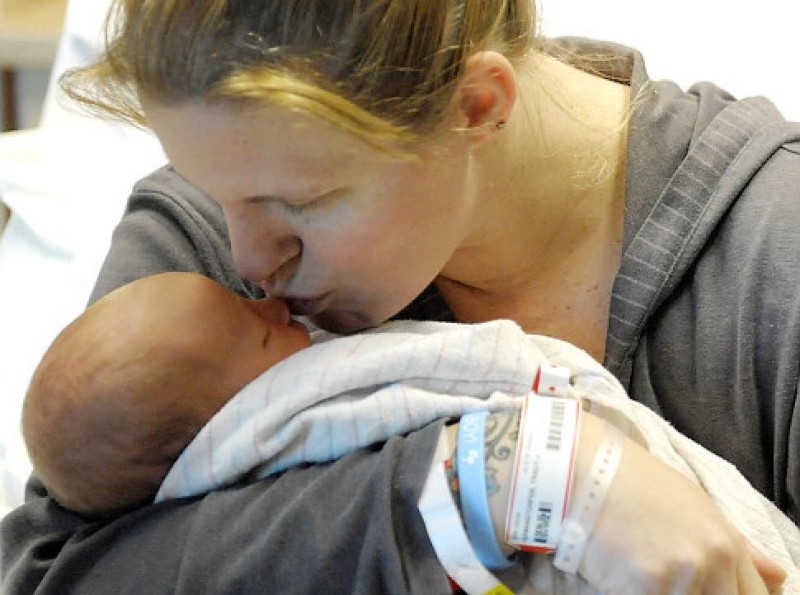 Mom and Newborn Die Within Minutes of Each Other. Then A Christmas Miracle Happens!

A time of extreme joy turned into a nightmare for one father.

It all happened on Christmas Eve of 2009. Mike and Tracy Hermanstorfer were in the hospital waiting for their third child. Things did not go as planned. Mike stood next to Tracy’s side during labor as she suddenly went into cardiac arrest. The baby, she was trying to deliver, came out stillborn.

Mike said, “Half of my family was lying there right in front of me — there’s no other way to say it — dead. I lost all feeling. Once her heartbeat stopped, I felt like mine did, too.” (ABC News)

Doctors decided to perform an emergency c-section after Tracy’s heart stopped beating. It was all in an effort to save the child, but when he came out, he was not breathing.

“She had no pulse, no heartbeat, was not breathing and was turning gray,” said Dr. Stephanie Martin. “She was dead.”

Doctors could not determine why Tracy went into cardiac arrest or why her heart started again. It was a medical mystery!

All three were sent home safe and sound. Mike and Tracy have two older children, and the whole family is extremely happy and relieved that both mother and Colton are happy and healthy.

“There’s only one explanation for having either one of them, let along both of them here,” Mike said. “It is just an absolute miracle.”

What do you think? Christmas miracle or strong maternal instinct?

Watch the whole story below!