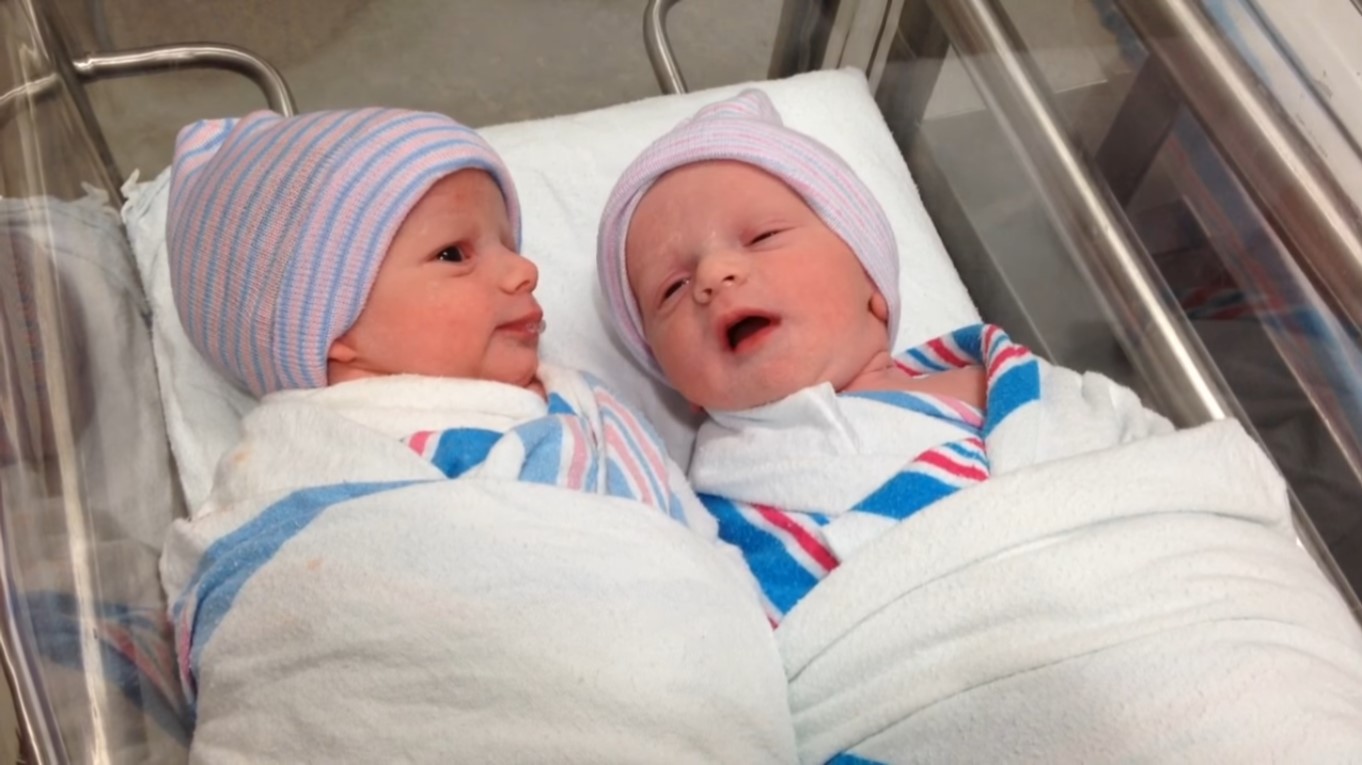 Father Films His Newborn Twins, But What He Captures On Camera Will Amaze You

A father’s pride and joy made him feel a little bit more of both when, just hours after being born, his newborn twin babies began doing something astonishing.

Dazzled by what he was witnessing, Mike Lansky pulled out his camera and began filming.

The special bond that twins are known for has made for some pretty incredible moments. Unusual coincidences like twins separated at birth, growing up to give their own children the exact same names.

Another oft-reported anecdote is when they can somehow sense what the other one is feeling, or thinking.

But for Mike Lansky, the magical moment he captured on film was a wholly different kind of special.

Watch The Video of the Newborn Twins Here And Witness It For Yourself: