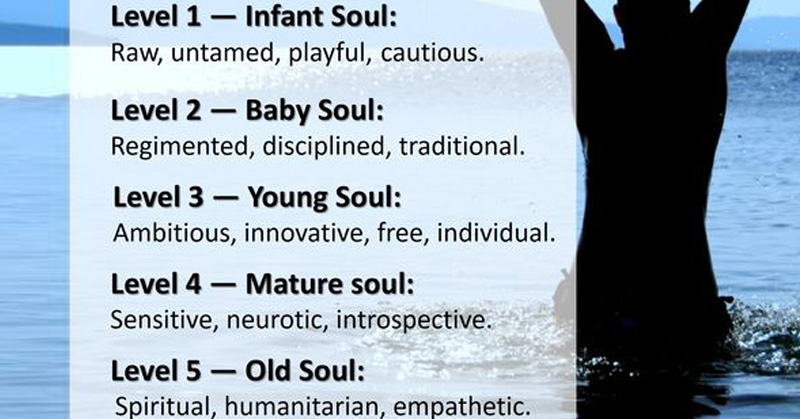 How Old Is Your Soul? Take This Quiz to Find Out!

“Act your age”—an arbitrary statement, to say the least. Society drenches us in its expectations, but a person is more than what society insists they have to be. In a world of never-ending variables that affect personality, a person’s age is truly only a number of physical years of this life. What does the soul say about that?

Reflect on the age of your soul, and you may be surprised.

There are ancient souls, old souls, young souls, and younger souls yet.

Typically speaking, old souls don’t waste time chasing down something they know could easily be taken away from them. They prefer the path of least resistance and more readily accept death than do their young counterparts. Old souls, as children,  probably befriended the teachers instead of their peers. Old souls tend to be loners, as they don’t often see eye to eye with those in their would-be social groups. They lean more toward holistic medicine, preferring this over traditional routes. And, if nothing else is adequate indication, the old soul will simply “feel old.”

Young souls, on the other hand, are typically concerned with success and obtaining material objects. They rarely question authority. Young souls are more likely to fear death than old souls, but they are also more likely to take chances in order to secure their dreams. As sticklers for the rules, they offer little room for gray in their black and white worlds. They work hard to achieve their goals. They are the builders of civilization—the movers and shakers. Although, the more youthful a soul, the less they are concerned with goal-setting and seeking higher education.

Each soul type has their own sets of strengths and weaknesses. At what level is your soul? …Infant, baby, young, mature, old, or ancient?

How old is your soul? Take the quiz to find out!