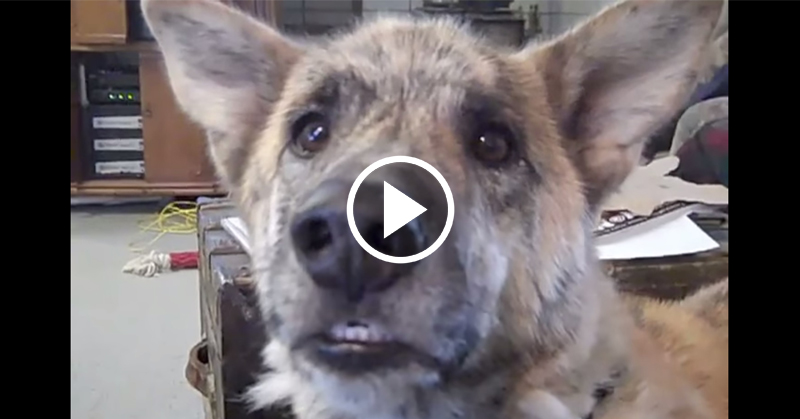 Dog’s Reaction To Owner Eating All The Food Is Hilarious!

Walk? Dinner? Car ride? If you have a dog, you know they often seem to have a clear understanding of these and similar words. And to indicate that understanding, they give that intense, meaningful stare, or they leap up with excitement, ready to take part in whatever fantastic idea you just shared with them. And it’s because dogs, according to scientists in Hungary, understand their people. That means you can’t disguise a trip to the vet with a happy voice, because somehow, they know!

Andrew Grantham took the concept of dogs understanding humans to the next level with the movie magic of voice-over.

Of course, talking animal videos are nothing new on the internet. But this one is so adorably accurate, it’s hard to not love it!

Since its posting in 2011, the original video has been viewed over 188 million times. And while other viral videos seem to have but 15 minutes of fame, this one keeps resurfacing time and time again. And for a good reason, too!
YouTubers offer their praise for this video, with such comments as, “this video never gets old” and “I watched this when it first came out. Never has failed to put a smile on my face.”

The video starts with the owner telling his dog how he couldn’t stop thinking about food. The dog, with an endearing enthusiasm, gives a reply that has warmed and delighted hearts all over the internet. It is evident that the owner understands dogs—their demeanor, their mannerisms, and the force that ultimately drives so many of them—food!

Watch the hilarious and cute exchange between dog and master: