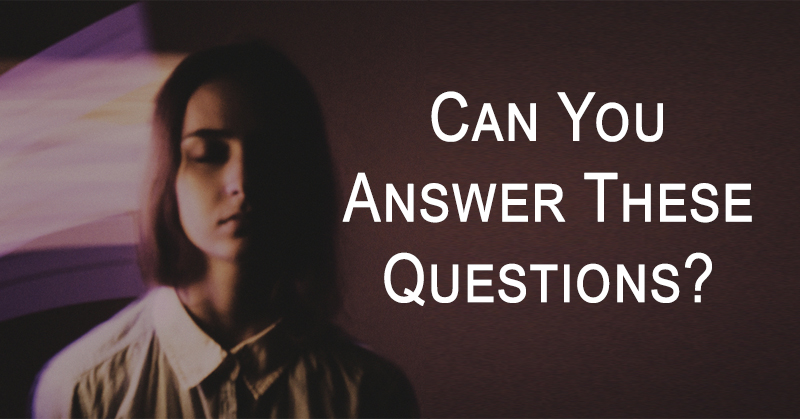 Identifying a schizophrenic isn’t always easy, especially if you’re working off of appearances alone. Different psychiatric tests are used often used to help doctors get a better understanding of their patients’ psychological conditions. Getting a closer look inside a patient’s head can help a doctor determine how to help.

Below is one such psychiatric test. The following two questions can only be answered by either a schizophrenic or a genius. To get the most precise results, answer the questions based on how you feel. Concentrate on what you actually see in the images below, instead of how you think they should look.

1. Is the mask convex on one side or two?

2. Is the mask rotating in one direction or two?

Check Your Answers Below

If you answered both questions wrong, you’re among the majority. If one of both of the answers were obvious to you, it might be time to check in with a psychiatrist. Here’s why: a healthy person’s brain often leans toward self-deceit. It naturally forms artificial shapes and shadows to “correct” the picture and turn it into something that makes more sense. The mind of a schizophrenic doesn’t work this way. A schizophrenic’s brain cannot establish a connection between the details. Instead, they see the image as it truly is – a concave mask rotating in one direction.

Are you wondering what role a genius plays in all of this? The brain of a schizophrenic and a genius really isn’t all that different. A genius can see the image the same way a schizophrenic does. They can also see the image the same way most people do. Their brain is capable of both types of thinking. They see the illusion, but they are also able to catch the illusion and point out the deceit.