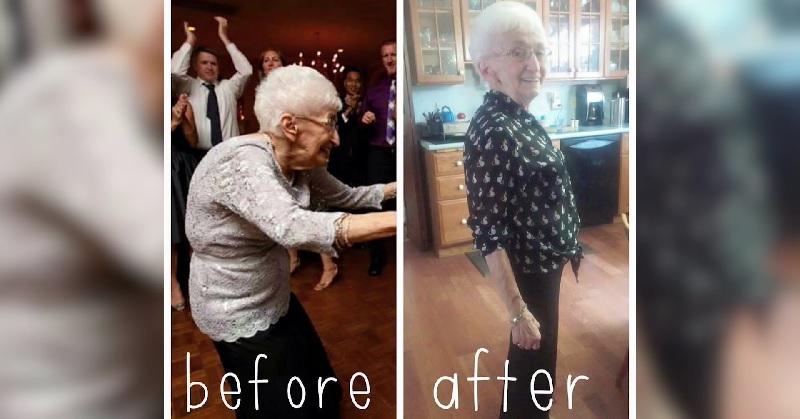 This 85-Year-Old Woman Had A Hunchback For Decades. THIS Fixed It!

Most people, as they get older, resign themselves to living with various sorts of pain and age-related health issues. Anna Pesce was one of them.

For decades, she had been living with a herniated disc, scoliosis and osteoporosis – all of which meant the 85-year-old grandmother walked around with a hunchback.

And then, in 2014, Anna nearly collapsed trying to climb a set of stairs while visiting her children.

“I had this horrible pain shooting up my back,” she told the New York Post. “I had to be carried up the stairs and put into a wheelchair for the rest of my stay.”

At that point, enough was enough for Anna. She had tried acupuncture and visited a chiropractor to no avail. This time she decided to enlist the help of certified yoga instructor Rachel Jesien.

Rachel, 28, specializes in back care – just what Anna needed. 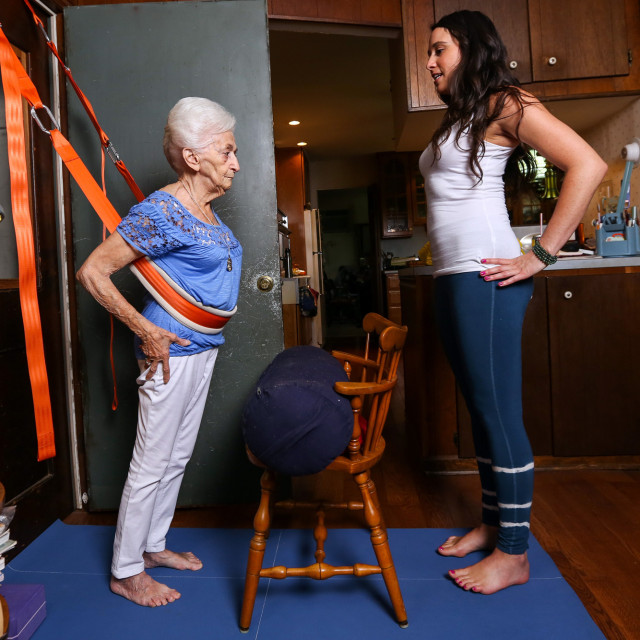 Once a week, the two met. Rachel taught Anna restorative poses like the child’s pose and chair savasana.

Within a month, Anna could walk again.

“After two months, another big milestone was that [Anna] knew what poses to do whenever the usual pains would come up for her,” Rachel said. “For example, if she was having hip pain, she’d sit on a chair and do an ankle-to-knee pose.”

Four months into yoga, Anna was able to do a modified headstand! Keep in mind, this was an 85-year-old who, just months prior, couldn’t walk on her own. 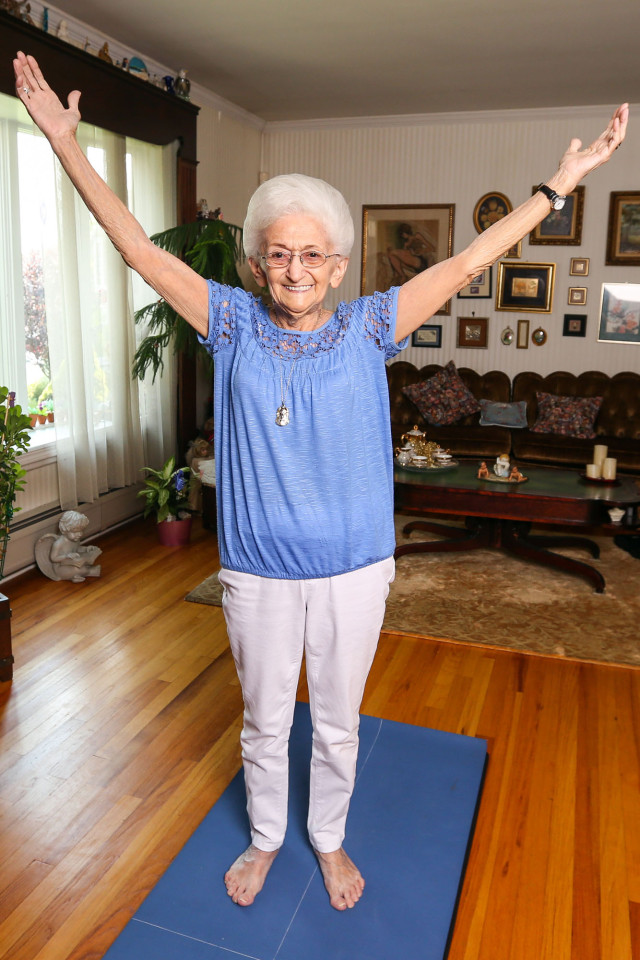 According to Rachel, yoga – with proper guidance and certified instruction – can increase bone density, strengthen muscles and relieve back pain.

Rachel herself has experienced the benefits of yoga for back pain. She suffers from scoliosis – not that you’d really be able to tell.

She discovered yoga for back care in 2010. Like Anna, she had tried almost everything her doctor recommended. Yoga was the only solution that provided long-term benefit.

Two years after meeting, Anna and Rachel continue to work together on a weekly basis.

Check out this video from the New York Post featuring Anna and Rachel!

How this granny got her spine back

This 85-year-old granny is standing tall thanks to the power of yoga: http://nyp.st/2aX34JN

Yoga can solve much more than back pain! Check out this post to learn how you can use it to flush stress hormones!

Don’t forget to check in with a physical therapist or certified yogi for any specific concerns before trying yoga.