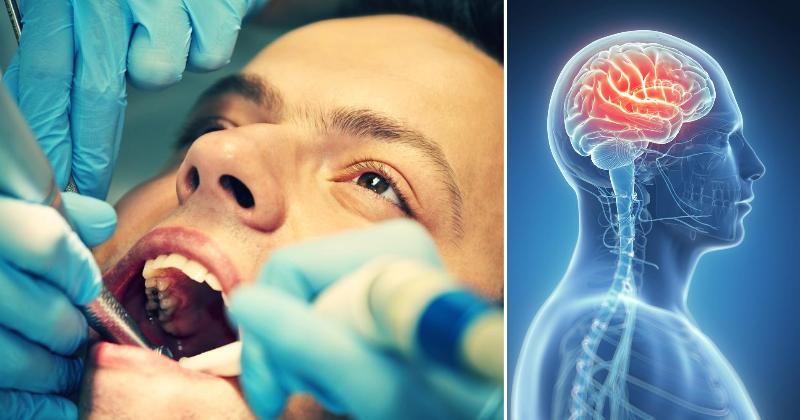 You Could Be Carrying THIS Potent Neurotoxin in Your Teeth!

Health experts tell us to keep our cell phones as far away from our bodies as possible to reduce the risk of cancer. But did you know there’s a very potent, doctor-prescribed neurotoxin that many people keep right next to their brains?

We all know mercury is toxic. So it’s alarming to learn that dental amalgam, also known as silver fillings, are anywhere from 49 to 50% mercury. That’s according to this article from Dr. Joseph Mercola.

The Canadian Dental Society says that small amounts of mercury are released from amalgam during mouth movements such as chewing.

As you can imagine, this becomes even more problematic when drinking hot tea or coffee.

The video below goes into detail on the problems associated with dental amalgam and its removal.

How Do You Know If You’re Being Poisoned?

Put simply, if you have  dental amalgam, mercury is seeping into your mouth. There’s no way around it, according to the Canadian Dental Association.

Mercury is tasteless, colorless and odorless, making it hard to pinpoint when exactly it is seeping into your mouth.

And how much mercury are you exposed to?

To put things into perspective, mercury contamination in fish exposes us to about 2.3 micrograms of mercury per day, based on consumption.

One dental amalgam exposes someone to up to 15 micrograms of mercury per day. And considering that the average American has eight fillings, you can see how this quickly climbs to an alarming amount of mercury – 120 micrograms.

And while we all generally know of the mercury contamination in fish, only 1 in 4 people know the dangers associated with dental amalgams and mercury. And can you blame them? With a name like “silver fillings,” you probably thought they were made of silver. But no, that’s the color.

In 2009, the FDA announced that no warning would be issued, not even to pregnant women or young children, regarding dental amalgams and mercury poisoning.

What Does the American Dental Association Have to Say?

The ADA continues to give amalgam fillings their stamp of approval, with the statement:

“Used by dentists for more than a century, dental amalgam is the most thoroughly researched and tested restorative material among all those in use. It is durable, easy to use, highly resistant to wear and relatively inexpensive in comparison to other materials. For those reasons, it remains a valued treatment option for dentists and their patients.”

The irony of this statement is that dental fillings are shipped as hazardous material and disposed of in the same manner.

How Can You Protect Yourself?

If you already have dental amalgams in your mouth, you really are much better off finding a good dentist before you attempt to remove them. If not removed properly, they can cause even more problems. The video below highlights this:

The Internal Academy of Oral Medicine and Toxicology has also released this document with several guidelines as to removing amalgams the right way.

Also be sure to check out the video below from David, which will provide you even more knowledge about dental fillings with mercury.