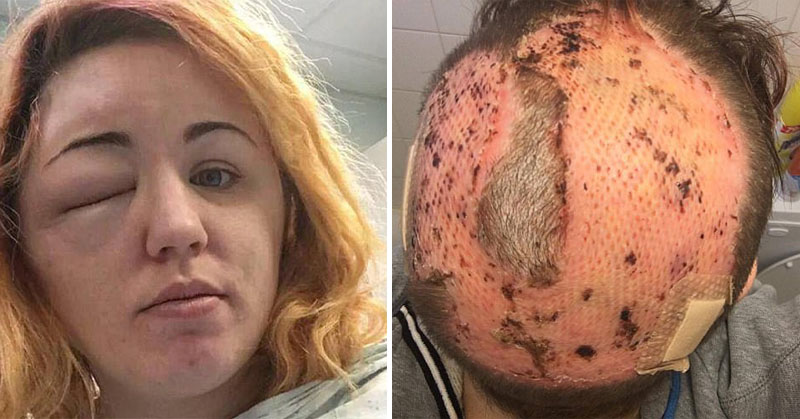 A 29-year-old woman was left nearly bald after using high-strength powder bleach to lighten her dark brown hair. Kristy Weston wanted to dye her hair in different pastel shades, as part of the unicorn hair trend. But instead of a new do’ she was left with severe chemical burns.

Kristy claims she applied the bleach according to the instructions. After letting it sit for 15 minutes, she was about to wash it off when she began to experience a burning sensation. She immediately washed the bleach out of her hair, but that didn’t stop the severe pain she experienced. The next day, her face started to swell. 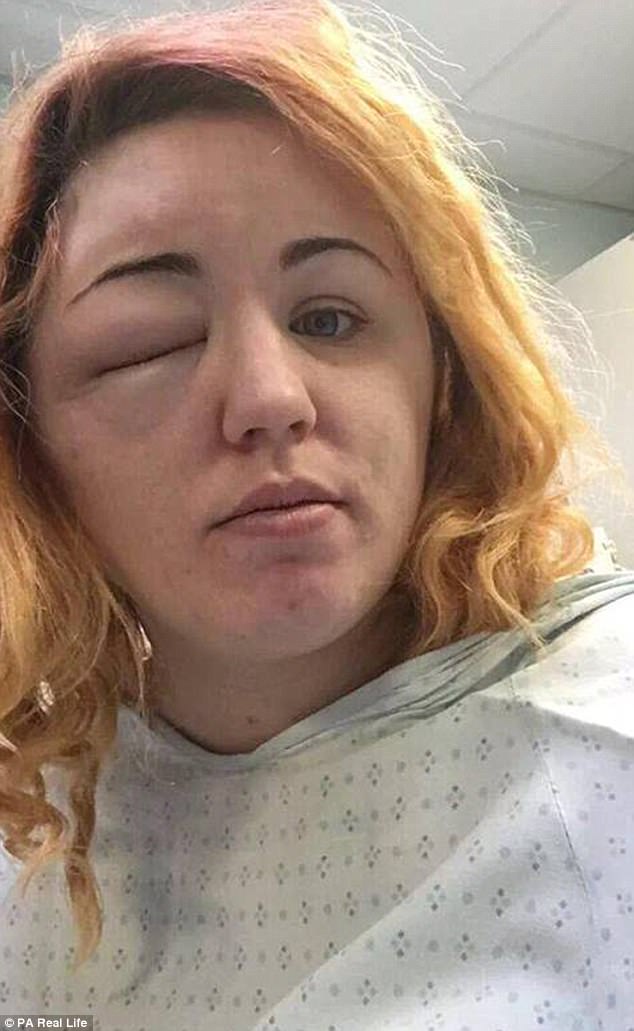 A few weeks later, doctors shaved Kristy’s head to prepare her for emergency surgery to heal the chemical burns on her scalp. Kristy has lost most of the hair on her head, and doctors have told her it will never grow back. Since the accident, Kristy has had six operations. She needed a skin graft from her right thigh to repair the damage to her head. She’s spent three weeks total in St. Andrews Hospital in Chelmsford, Essex. 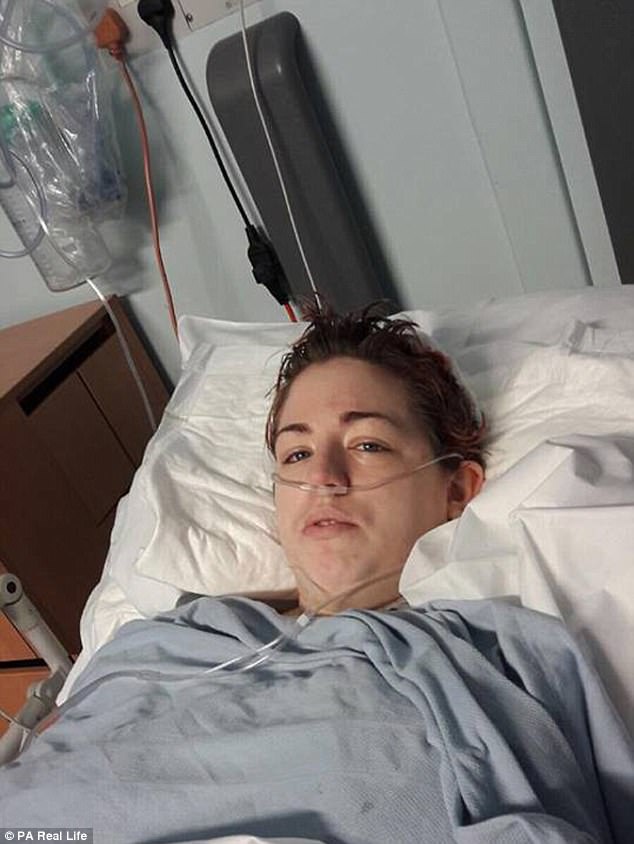 “I wanted unicorn hair,” she explained. “Where you lighten it and then dye over the top with lots of different pastel colors. It was before it became really popular and I just wanted something a bit different. I never thought it would end up completely destroying my hair and changing my life like this. It’s caused a lot of pain and I’ve completely lost all my self-confidence.”

Kristy bought a box of due that included powder bleach. The bleach was to be mixed with peroxide, which was not included. The mother-of-one bought 40 volume 12% peroxide, which promised to lighten her hair by up to nine shades. 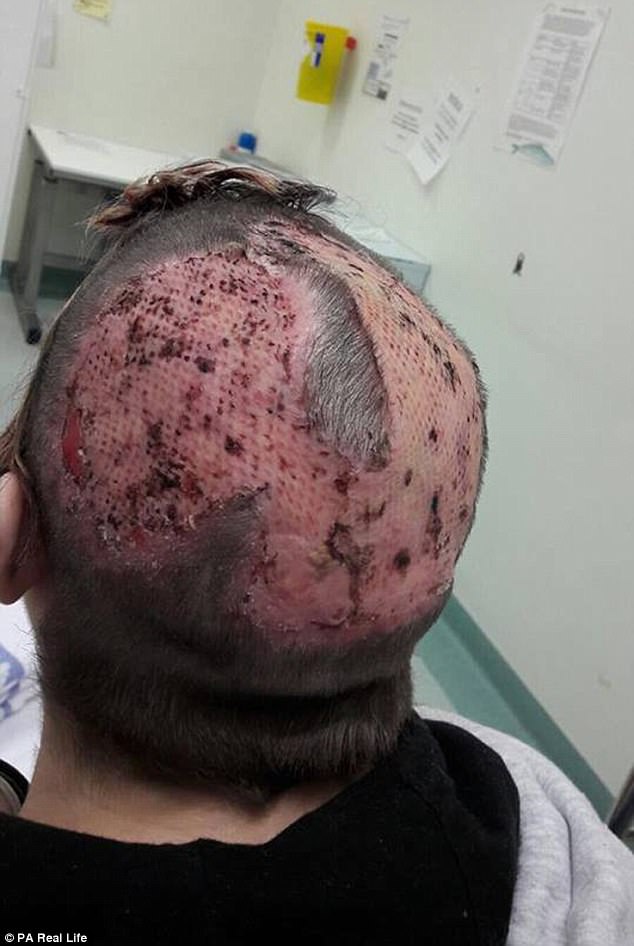 “Within 15 minutes, my hair was literally smoking,” Kristy remembers. “The pain was so excruciating that I started to feel dizzy, like I was going to faint. It happened quite suddenly. I could feel that it was quite warm, but it got so much worse very quickly. I immediately went to wash it all off, but I think it had already got into my scalp.”

When Kristy first visited the hospital, she was treated for an allergic reaction and prescribed antibiotics. After several weeks, she returned to the hospital, and doctors realized she was suffering from severe chemical burns. 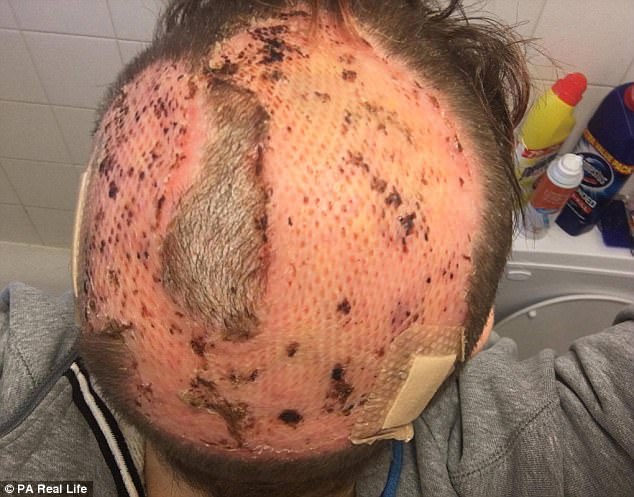 Kristy has been offered a hair transplant and skin expansion treatment to reduce the baldness, but she isn’t quite ready for another surgery. In the mean time, a charity called the Katie Piper Foundation is funding a hair piece from Bloomsbury wig for Kristy to wear to help cover her burns.

“Where I have got hair, it is very thick and it’s growing fast so they wouldn’t be able to put on a full wig,” Kristy explained. “They are creating a hairpiece that will clip around the existing hair. It should be ready in September and I think that will completely transform my life. I will be so much more confident about going out and about.”

Kristy is sharing her story to warn others about the dangers of home hair dye. She said, “I would tell other people to just go to a professional who knows what they are doing. I was trying to save some money but bleach is dangerous stuff.”