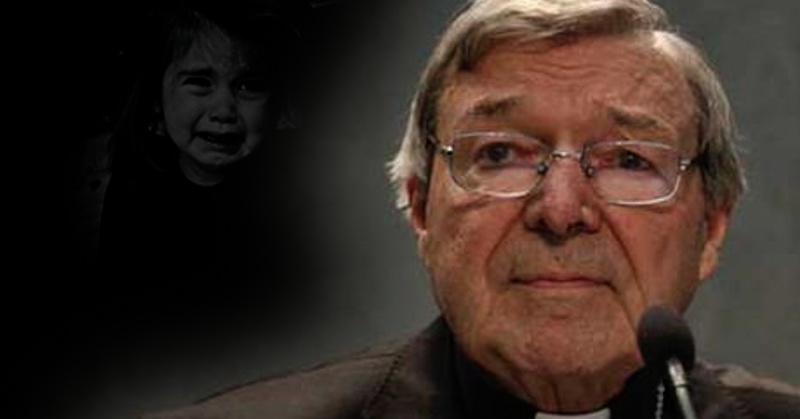 Top-Ranking Cardinal & Aide To The Pope Charged With Sexual Assult

Allegations were made in Pell’s home country, Australia, forcing him to take a leave of absence from his Vatican duties.

Denying all the charges, the close colleague of Pope Francis said on Thursday that he was the victim of a “relentless character assassination.”

“I’m innocent of these charges, they are false,” said Pell, “The whole idea of sexual abuse is abhorrent to me.”

However, given the Vatican’s extensive history of pedophilia allegations and convictions, Pell’s case is not looking good.

Australian authorities have also doubled-down on their commitments against allegations of sexual abuse, emphasizing at a press conference that the Cardinal’s high-ranking position will not affect their investigation.

“Cardinal Pell has been treated the same as anyone else in this investigation,” said Shane Patton, Victoria Deputy Police Commissioners.

“I want to be perfectly clear — the process and the procedures that have been followed in the charging of Cardinal Pell have been the same that have been applied in a whole range of historical sex offenses whenever we investigate them.”

Pell maintains his innocence, saying, “All along, I have been completely consistent and clear in my total rejection of these allegations. News of these charges strengthens my resolve and court proceedings now offer me an opportunity to clear my name. I’m looking forward finally to having my day in court.”

The latest news is devastating to an already scrambling Vatican attempting to repair its public perception amid mounting allegations of child sexual abuse.

Ironically, Pell was one of eight Cardinals assigned by Pope Francis to investigate the problem of sexual abuse within the church.

Such conflicts of interest only further taint the Vatican’s image and theories that it is—at the highest levels of power—involved in heinous acts.

“It’s not every day that a senior Vatican official is facing criminal charges,” said John Allen, CNN Senior Vatican Analyst, “It’s going to cast a new spotlight on Pope Francis’ track record in dealing with the abuse crisis, which frankly I think most observers would tell you is kind of mixed.”

Unsurprisingly, the Pope has remained quite tight-lipped on the matter, refusing to comment on allegations by saying, “One mustn’t judge before justice judges,” referring to pending court cases.

2017 has been a pretty terrible year for the Vatican.

Earlier this year we reported on how a leading member of the Church’s commission to fight pedophilia resigned.

“The lack of cooperation,” said Marie Collins of the Church’s Pontifical Commission for the Protection of Minors, “particularly by the dicastery most closely involved in dealing with cases of abuse, has been shameful.”

Although she initially viewed the Pope as having a “genuine wish” to end sexual abuse within, Marie said things have taken a turn for the worst, thus prompting her resignation.

“It is devastating in 2017”, said Marie, “to see that these men still can put other concerns before the safety of children and vulnerable adults.”

Allegations of abusing children are nothing new for the church.

In fact, according to one report, the Vatican allegedly spent nearly $4 billion in payouts to settle child molestation lawsuits.