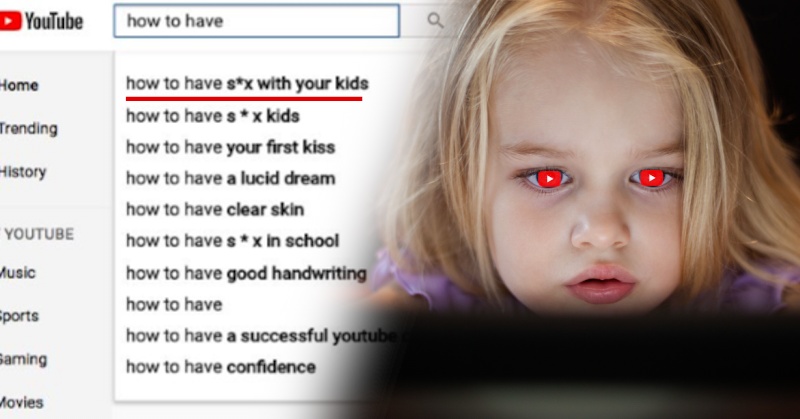 Parents Outraged After Discovering A Shocking Pedophilia Feature on YouTube

1 billion hours of content are watched everyday on YouTub and there’s a good chance your children are among that list.

Which is why controversy surged online yesterday as numerous people began to notice a very strange, and sick, pattern: if you go to YouTube and type into the search bar “how to have”, a very disturbing auto-suggestion pops up: 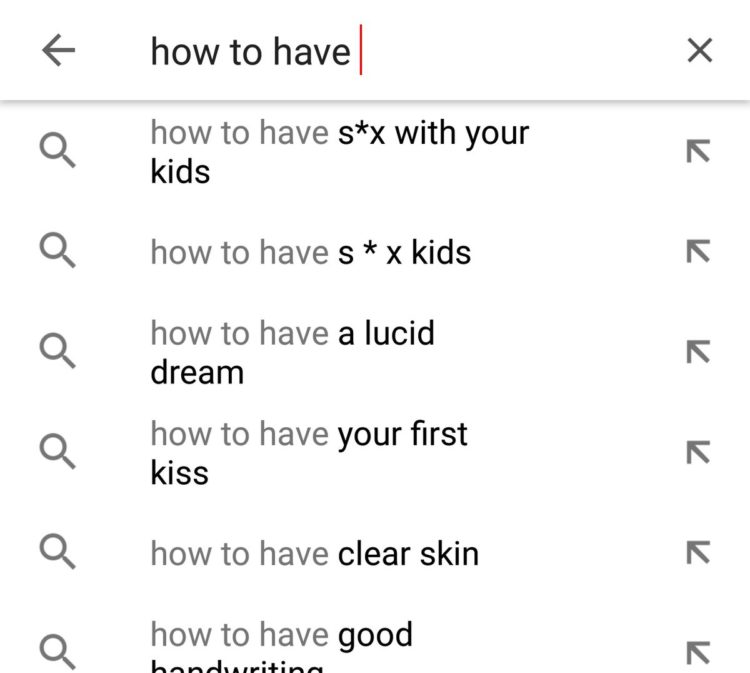 Dear @TeamYouTube I would like to report a issue. If you search (how to have) the suggested search’s seem very inappropriate! pic.twitter.com/XPN98HnV6K

YouTube has officially responded with a typical, peachy PR claim of concern, but it all just sounds very insincere:

Thanks for flagging KEEM, we really appreciate you making us aware. We've removed some of the awful results and are working to resolve others!

This is an awful autocomplete result and we really appreciate you making us aware. We've removed it and are continuing to remove other similar results. We will continue to investigate what caused this!

Despite claiming to have “removed” the autocomplete suggestions, this screenshot taken many hours after shows the results are still there, along with a new, particularly disturbing addition, “how to have s*x in school”:

YouTube’s auto-suggestions are likely based on numerous algorithms tied into what users are searching for. Because of this, some might claim this is not YouTube’s fault, but instead a consequence of user behavior.

However, this fails to consider the recent #ElsaGate revelations which prove that YouTube—knowingly or otherwise—enabled the most grotesque and rampant pro-pedophilia content on their website, including kidnapping, torturing, and sexualizing of children.

Here is just a tiny sample of the video thumbnails, many of which include popular children’s cartoon/comic characters, which undoubtedly persuaded many kids to click them:

The problem became so widespread, and ignited so much outrage from parents, that a slew of advertisers decided to pull ads from YouTube.

Some of the companies include:

Apparently, the obscene sexualizing and torture of children is only a problem for YouTube when it threatens their profits.