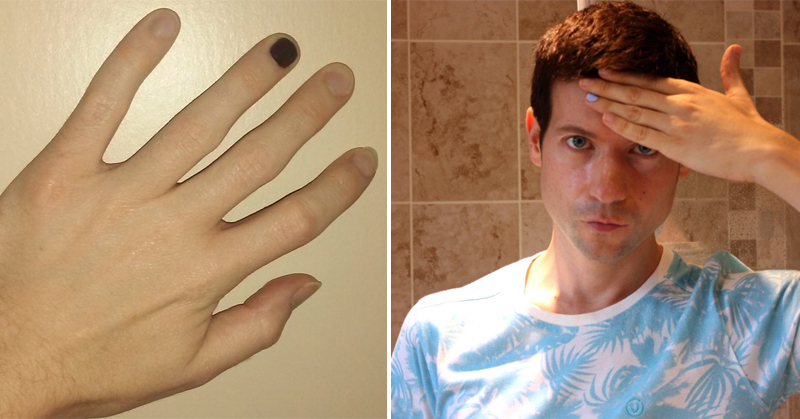 If You See A Man With 1 Painted Fingernail, THIS Is What It Means!

It all began when Elliot Costello met a little Cambodian girl named Thea while traveling to underprivileged parts of the world. The two bonded and spent lots of time doing things Thea enjoyed. Painting nails was one such activity.

Eventually, Elliot and Thea got so close that the girl felt comfortable to share a deep secret – she had been dealing with constant sexual abuse.

At that moment, Elliot promised Thea that he would keep one of his nails painted in remembrance of her and her struggle. But he didn’t stop there. No, Elliot was so inspired that he decided to found The Polished Man Project aimed at raising awareness about the many children facing sexual abuse. The aim is to spark conversation that will lead to this webpage, where people can donate to sexual abuse trauma recovery and prevention.

The project quickly gained steam, which is why you may have been seeing many photos of men with one painted nail lately on social media! Here are some inspiring examples from the hashtag #PolishedMan on Twitter.

1 in 5 children are victims of sexual violence in their life. No child should ever experience that #PolishedMan pic.twitter.com/b4s6XKHhhg

Daughter was thrilled to paint my nail. I’m proud to wear it for her, my son, my nieces, and nephew. #polishedman pic.twitter.com/UXILVEkXRS

Pretty deep, huh? Check out this video to hear more from Elliot about The Polished Man Project.