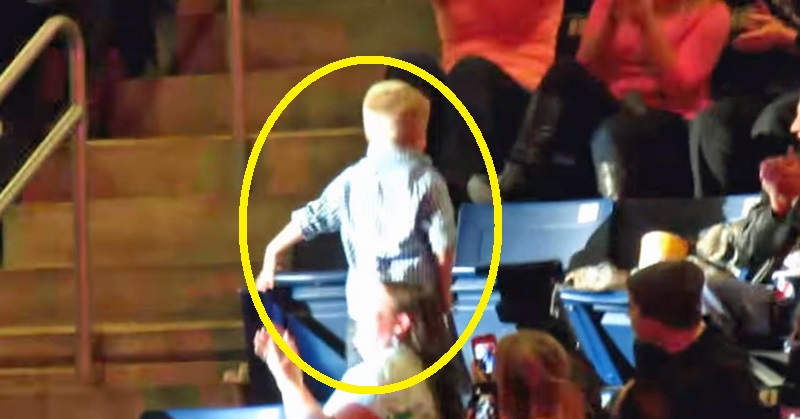 Little Boys Steals The Show At Concert & Everyone Loves It

This little boy started dancing at a Rascal Flatts concert and he ended up stealing the show as everybody turned to watch him.

A little boy’s performance at a Rascal Flatts concert had attendees reaching for their cameras and phones. This little guy’s dancing is amazing and everyone noticed it right away. The video has over 10 million views on YouTube. The description of the video says the concert was in Pikeville, KY on February 23rd in 2013.

The comments suggest that perhaps the child dancing in the audience was getting more cheers than the band on stage. Other people commented on YouTube about how happy and adorable the boy looked while dancing – he certainly does look like he’s having fun dancing to his favorite Rascal Flatts song. Not only does he enjoy dancing to the song he really seems to enjoy the attention. This kid has potential!

The spotlight begins shining on the dancing kid and he starts dancing even more to everyone’s enjoyment. Everyone in the audience is taking out their phones so that they can get a video of this adorable young kid with an amazing talent for dancing. No wonder the video is so popular – this kid really had some moves. This is one Rascal Flatts concert that his parents won’t be forgetting any time soon.

This kid’s moves are so incredible that they actually turned the spotlight on him.

Not only is he doing a great job he seems to really enjoy the spotlight too.

Watch the full video of this adorable kid stealing the show at a Rascal Flatts concert: