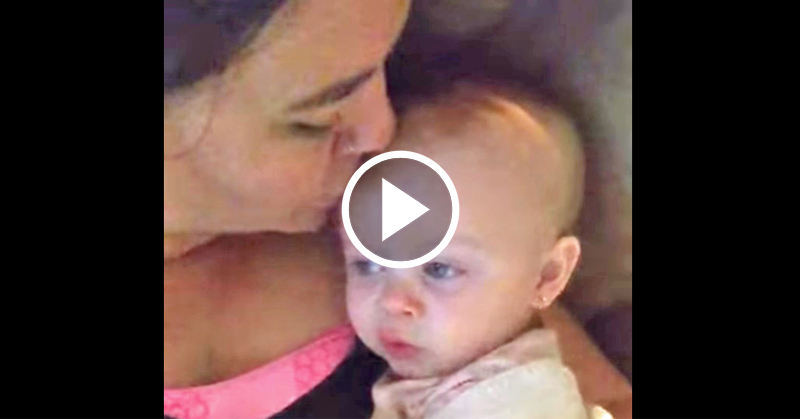 Parents, in a bid to capture every adorable baby moment and milestone on film, will often will have their cameras at-the-ready. And sometimes they simply film the ordinary moments, knowing that they are the ones that truly matter.

But there are times when the ordinary baby moments become extraordinarily cute!

Dennis Neely, a father of three from Arizona, captured such a moment while he was recording his wife Michelle snuggling their 15-month-old daughter Gemma Kate. And the verbal exchanges that ensued between the two ladies has the internet saying “aww!”

Nestled close to her mom in a blanket, her eyes wide with wonder, baby Gemma is already adorable enough. But the tot takes the adorableness to the next level after her mother, in a sing-song voice, says, “I love you!”

Gemma’s response will melt your heart. Although her words, as of the filming of this video, haven’t taken full shape yet, she mimics her mother’s intonation, saying “I love you!” back to her, not once, but several times.

Babies the age that Gemma is in this video will graduate from incoherent babbling to babbling that sounds more like words. They also will start to try out more and more words, especially after their first birthday.

And, it seems, Gemma favors this particular set of words. After her mother signs off by saying “bye-bye!”, Gemma once again repeats the theatrical “I love you!”

Dennis uploaded the endearing moment on YouTube, where it has since garnered over 4 million views.

“It’s been kind of weird seeing them both on the internet all over but it was just too cute not to share,” Gemma’s father said.

Watch the adorable exchange between Michelle and her darling baby daughter, Gemma Kate!