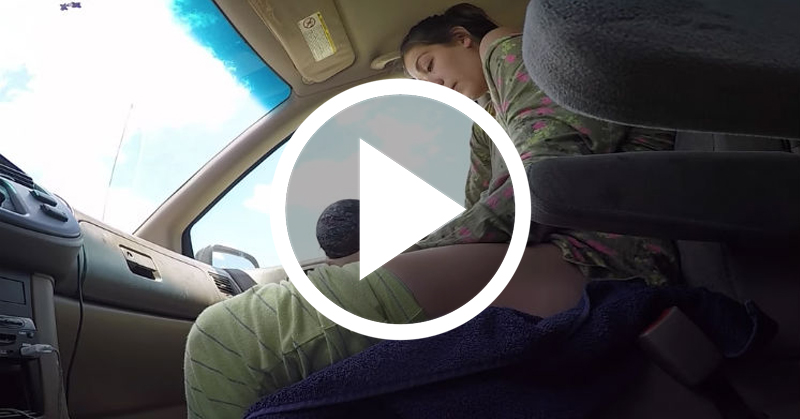 Watch: Father Records As Mother Gives Birth In A Car Like A Pro!

A jaw-dropping video of a Texas woman giving birth in the passenger seat of a minivan has taken the internet by storm.

The baby, weighing in at ten pounds, was out in just 4 minutes.

Lesia Pettijohn, the baby’s mother, and her husband, Jon, were on their way to the Bay Area Birthing Center in Pasadena. Ten minutes from the birthing center, her water broke.

Jon, who was driving, had situated his GoPro camera on his leg to film the birth.  He got the idea they might not make it to the birthing center on time.

As it turns out, Jon guessed right.

According to ABC13, The couple had to just keep driving, as they didn’t have a working cell phone to call for help.

“I was probably freaking out way more than I should have,” Lesia, who desperately didn’t want to have her baby in the car, said.  “…I was scared, I didn’t know if he would be breathing ok.”

Lesia also noted, “When he was out I was like I gotta push the rest of him out and grab him and pick him up and I was like what do I do, what do I wrap him in? My shirt is pretty long I will wrap him up in that.”

And now their son—Josiah—only days old, is an internet sensation. He is Jon and Lesia’s third child and is doing well.

While some viewers may not be comfortable viewing the video, it does not contain any inappropriate nudity or profanity.

Watch the amazing video of Lesia giving birth in the front seat: