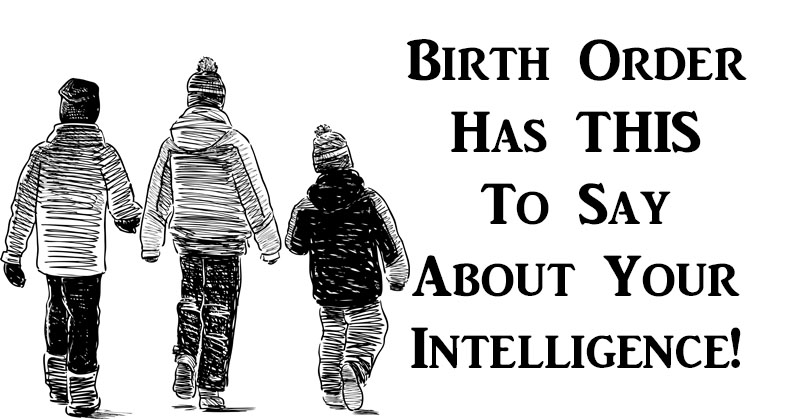 Birth Order Has THIS To Say About Your Intelligence!

Are you the youngest, oldest, or a middle child? The way you answer that may have quite a bit to say about your level of success and intelligence.

A group of researchers from the University of Leipzig found an interesting comparison between birth order and intelligence after they “analyzed 5,200 Americans, 4,500 British people, and 10,500 Germans.”

They found that the oldest child consistently scored higher in intelligence and the score decreased slightly with each following child. Older children were also found to be more successful.

Whatever the reason, scientists seem to agree that being the first born comes with a whole bunch of added benefits.

However, there are plenty of people who would not agree. For example, this study does not take into consideration families with only one child.

What do you think? Do you agree? Is this true for your family? Share your thoughts in the comments.

Also, check out the video below to learn more about birth order and intelligence!