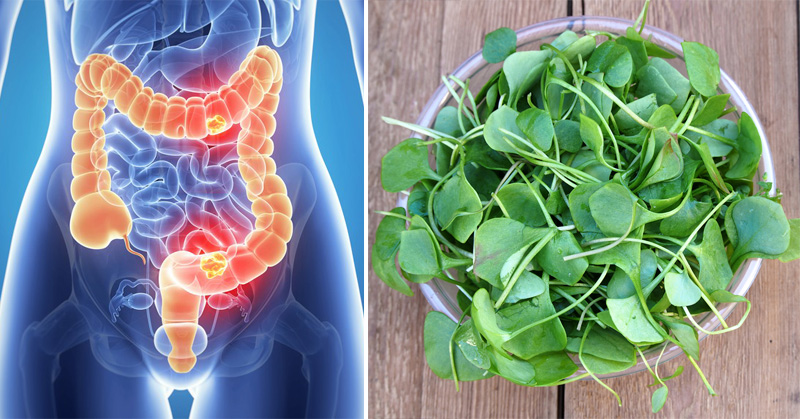 Watercress is often referred to as a powerhouse vegetable. As a close cousin to kale, watercress is packed with beneficial nutrients. It provides the body with a healthy dose of Vitamin K, Vitamin C, Vitamin A, calcium and manganese. Benefits of watercress include the ability to fight inflammation, lower blood pressure levels, strengthen the bones and teeth and even reduce the risk of colon cancer.

Studies suggest that the benefits of watercress may include the ability to reduce the risk of colon cancer. Like other cruciferous vegetables, watercress is listed among the top cancer-fighting foods. It provides the body with vitamins, minerals, antioxidants and other important enzymes that help strengthen the immune system and prevent cancerous cell growth. (1)

Benefits of watercress include the ability to provide the body with healthy omega-3 fatty acids. Omega-3 foods help fight inflammation, boost brain health, improve heart health and more. Studies have shown that watercress contains higher amounts of omega-3’s than most other vegetables.

Benefits of watercress include stronger bones and teeth. As a calcium-rich food, watercress can help prevent weak bones that lead to fractures and osteoporosis. A calcium deficiency can cause a loss in bone density. By providing the body with calcium, Vitamin A, Vitamin C and Vitamin K, watercress can help maintain strong and healthy bones.

When it comes to nutrition, watercress and kale score higher than many other vegetables. Technically speaking, watercress is more nutrient-dense than kale, but both vegetables provide the body with many health benefits.