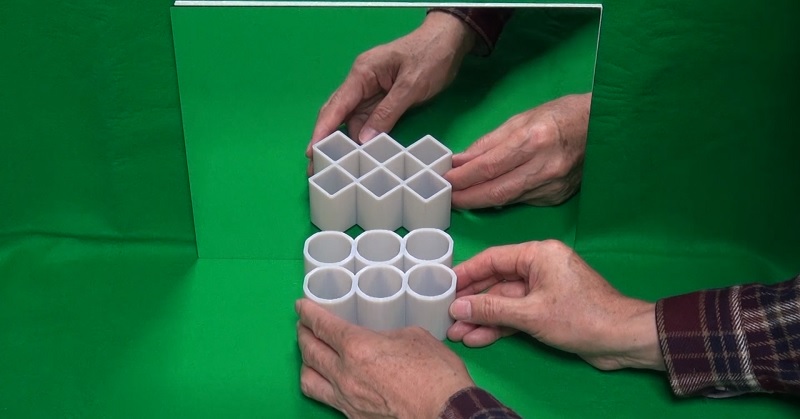 There are a lot of cool illusions out there. But not all of them get awarded with the title “Illusion Of The Year,” as Dr. Kokichi Sugihara’s ‘Ambiguous Cylinder Illusion’ recently did.

Sugihara is a professor of engineering at Meiji University in Japan. An optical illusion he submitted to the Neural Correlate Society has the internet going wild trying to figure out exactly how it works. 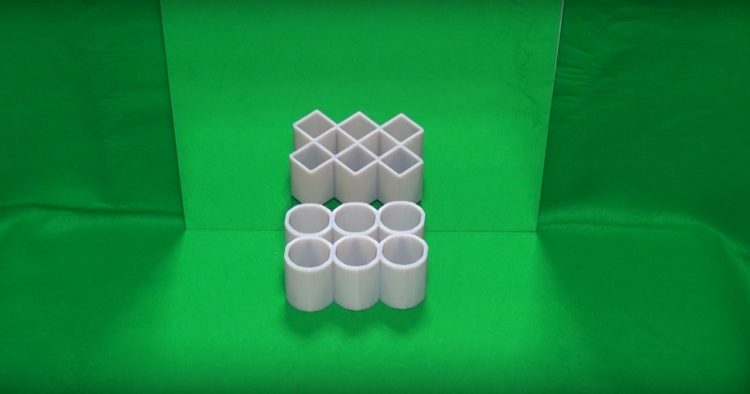 It gets even wilder. 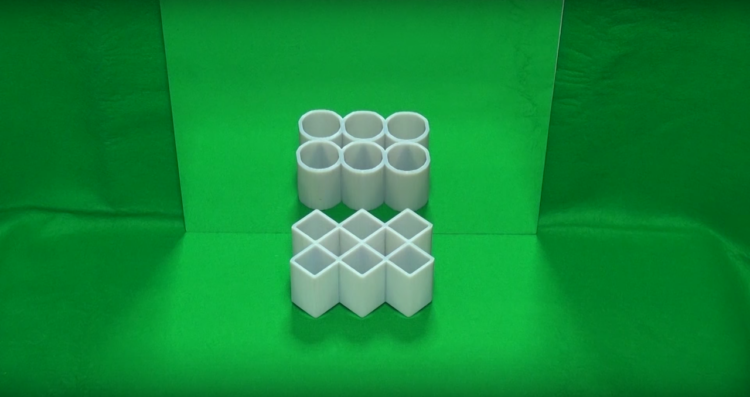 It gets even wilder still. 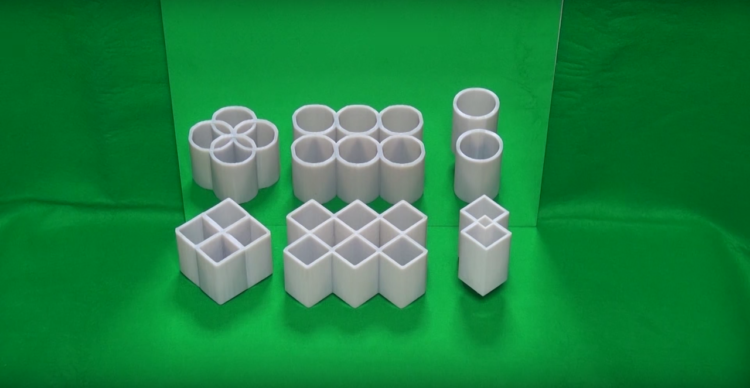 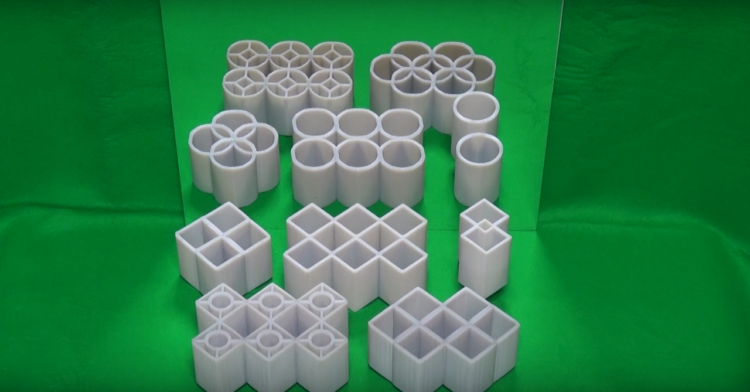 Don’t let the color of the background fool you – there’s no green screen involved here.

No CGI either. Or witchcraft.

By some stroke of real-world genius, Dr. Kokichi has managed to make several block shapes appear totally different in a mirror than they do in real life.

You’ve probably got tons of questions.

Don’t worry, I’m not going to leave you hanging. No, with the help of website Sehtestbilder.de, I’ll explain it to you.

This still image from Dr. Kokichi’s video provides some clues. 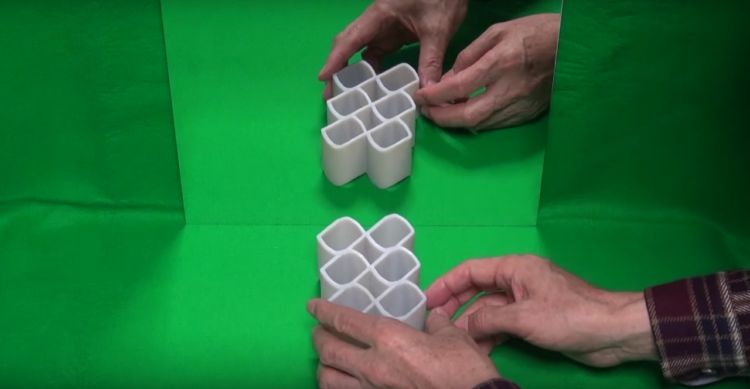 As you can see, the tops of the shapes are not totally even. They’re wavy.

Further, what the original images of the illusion had us thinking were either sharp squares or circles are actually hybrids. They’re rounded squares. 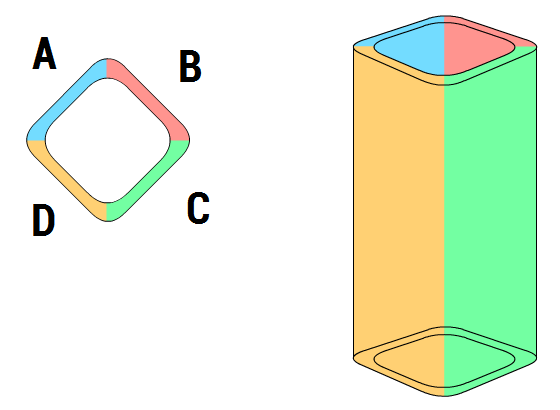 Combine the rounded square shape with the wavy top and make it a 3D shape and you’ll get something that looks like this. 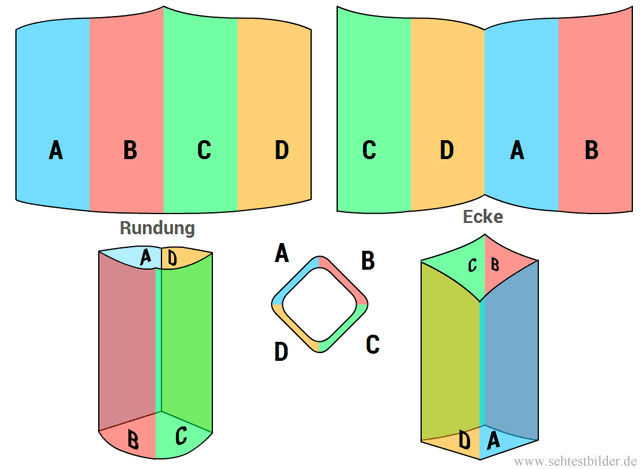 That shape – a rounded square with two edges sloping upwards and two sloping downwards – is exactly what you get when you try to compress a circle into a four-sided shape in 3D space.

The resulting shape is directly between a circle and a square.

And, as with many optical illusions, the angle at which Dr. Kokichi’s illusion is viewed is absolutely crucial to its success. Viewed at any other angle, one would be able to see right through it and observe the true nature of the shapes.

Check it out in the video below!

The coolest part? You can replicate the illusion at home.

As long as you have a 3D printer, creating your very own “Ambiguous Cylinder Illusion” is super simple.

YouTube user MakeEverything was kind enough to supply the necessary .STL file, which you can download for use with your 3D printer here.

Don’t have a 3D printer? No worries! You can also order your very own ambiguous cylinder here.

It even comes in platinum if you have a spare $10,000 lying around!