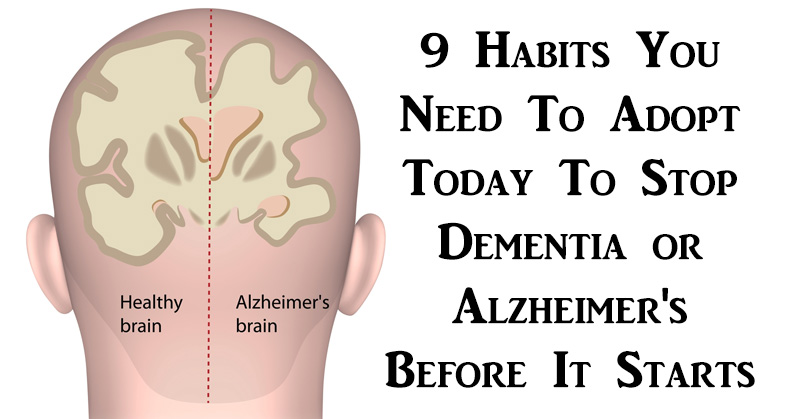 Dementia is a general term for loss of memory and other mental abilities severe enough to interfere with a person’s daily life. Dementia can appear in many forms, including Parkinson’s disease, Huntington’s disease, and vascular dementia. The most common type is Alzheimer’s disease, which accounts for an estimated 60-80% of cases.

If the cause is not treatable, dementia can be progressive. Symptoms including depression, apathy, and difficulty remembering recent conversations, names and events can worsen over time. Some risk factors for dementia can be prevented, while others cannot.

Risk factors that can be controlled include:

9 Ways To Help Reduce The Risk Of Dementia

Studies have shown a correlation between low levels of Vitamin D and cognitive decline, leading to symptoms of dementia. Supplementing with Vitamin D can help protect the body against processes that lead to dementia and Alzheimer’s disease. The best way to get Vitamin D is through the sun, but taking a supplement might help if you aren’t able to get outside as much as you’d like too. It could also be helpful during the winter months!

Challenging your brain on a regular basis has some amazing benefits! Studies have shown that being bilingual delays the onset of symptoms of dementia by almost five years, compared to elderly adults who only speak one language. Another study found that doing crossword puzzles on a regular basis can delay the onset of memory decline by 2.5 years.

Getting your blood moving and your heart pumping on a regular basis is one of the most effective ways to strengthen your vascular system. Exercising is the best preventative medicine for many chronic health concerns. About 30 minutes a day of moderate activity is enough to see health benefits. 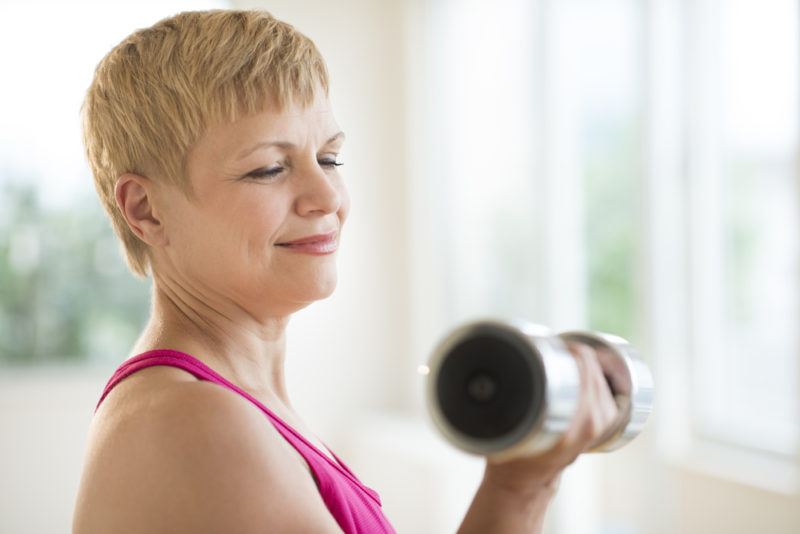 Studies have shown that people who drink alcohol excessively have the highest risk of developing dementia, compared to those who drink no alcohol or consume moderate amounts of alcohol. Controlling your alcohol intake can help prevent numerous health problems, including dementia.

5. Protect Yourself Against Head Injuries

Wear a helmet when you’re on a bike! It’s a simple but very important way you can protect your brain from damage. If you’re doing anything else that might be dangerous, such as participating in water sports or hitting the ski slopes, consider a helmet as well.

Regularly interacting with others can help protect you against the negative affects of isolation. Even if it’s just a few friends or family members, talking to others on a regular basis can protect against several different health conditions. Even better – take a walk in nature to exercise with your friend!

B vitamins can be helpful in lowering levels of a molecule called homocysteine or HC. This molecule is known to damage the vascular system. Having a high level can contribute to the risk of heart disease, stroke and other vascular problems. Taking a B complex vitamin can help protect the body from age-related cognitive decline.

Smoking can damage nearly every part of your body, including your brain. Studies have shown that current daily smokers are at a 45% higher risk of developing Alzheimer’s disease when compared to non-smokers and even former smokers. Even if you’ve been a smoker all your life, quitting can make a difference.

Keep track of your blood pressure, cholesterol levels and weight. Knowing your numbers can help you find a problem early on. Cardiovascular and metabolic health are some of the most important predictors of dementia! Keep your body healthy in order to keep your mind healthy.