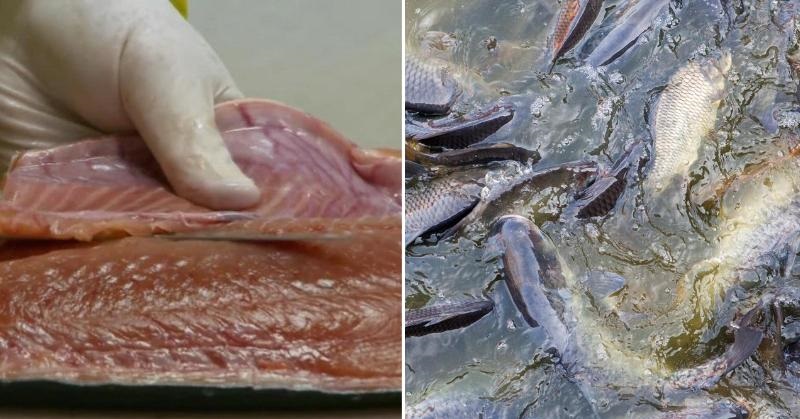 4 Disgusting Reasons Why You Should Avoid Farmed Fish!

The food industry has no shortage of awful secrets just waiting to be uncovered. In the past, we’ve spoken about tuna that isn’t really tuna, food that gives you brain worms, and Frankensteaks.

Today’s topic is no less disturbing, and it concerns farmed fish, which Dr. Mercola refers to as “one of the most toxic foods in the world.”

Nicholas Daniel created a documentary called “Filet-Oh!-Fish” that takes a scathing look at the fish industry with footage from fish farms all around the world. The scenes depicted are a far cry from what you see on shows like Deadliest Catch.

The documentary brings to light several reasons to avoid farmed fish, which I will explore in detail today. 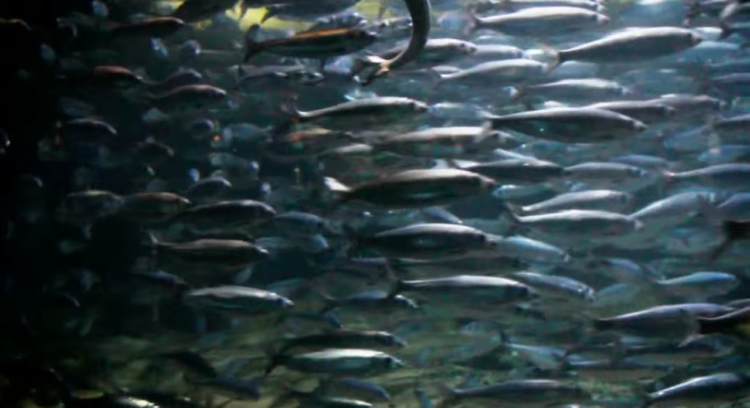 Norway has a massive presence in the global fish industry. As far away as Canada, they control 92% of all salmon farms.

And that’s pretty concerning when you consider the dire state most Norwegian fish farms are in.

A single salmon farm in Norway can hold more than 2 million fish in a very small space. A Norway study found that this crowding stresses the fish, which affects their flesh quality.

One report found that salmon crowding often results in fish having “humpbacks” and bleeding eyes.

Further, as you can imagine, 2 million fish produce a ton of waste. This leads to disease that can spread rapidly due to the small space these fish are crammed into. Pancreas Disease and Infectious Salmon Anemia Virus are two of the diseases especially common to Norway fish.

And salmon isn’t the only fish that’s overcrowded. UK trout is even worse; they’re often kept in spaces that equate to roughly 27 trout being kept in a bathtub of water.

Reason #2 – The chemicals used in fish production harm both the environment and humans.

It’s not like the fish farming industry is doing nothing to prevent the spread of disease among their fish. They actually use tons and tons of pesticides and chemicals.

As a result, Farmed and Dangerous says that fish farming is one of the most harmful aquaculture processes. Open net cages are placed in the ocean, which allows the chemicals and pesticides to seep into the various ecosystems therein.

Further, natural predators such as sea lions and seals die in large amounts when they eat the chemically laced farmed fish that manage to escape their pens.

Can you imagine what these chemicals do to humans?

You don’t have to imagine because it’s well documented. Mercury and nervous system-disrupting PCBs are just two of the chemicals in fish that harm humans, as PETA reports.

Reason #3 – The fish produced on farms are genetically mutated.

Biotechnology is commonly used in the fish industry to produce what is known as triploid fish.  These fish are unable to reproduce, and their sexual maturity is delayed. This causes a reduction in flesh quality as well as spinal deformities and low blood hemoglobin levels.

Further, fish farms subject their salmon to sex reversals by hormone treatment to ensure that only female fish are hatched. This maximizes profits; in the trout industry alone, tens of millions of eggs are produced each year in the UK. 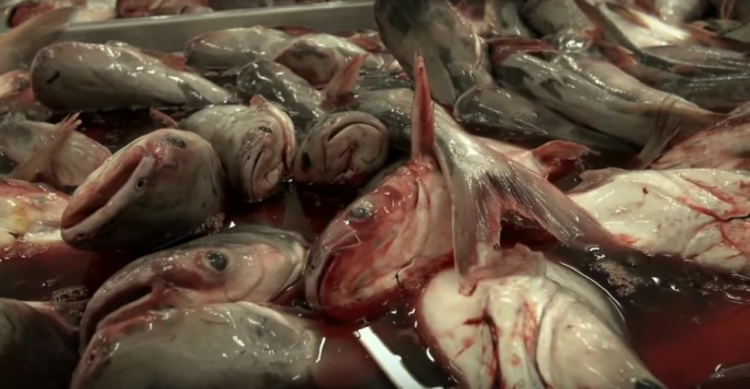 As many as 110 billion farmed fish are killed each year for human consumption. This does not include the fish that are killed for bait or the predators that die after eating chemical-laden farmed fish.

The number of salmon and trout killed in the UK alone works out to more than the amount of pigs, sheep, cattle and turkeys combined that are killed.

And while that number is shocking, what’s really appalling is the way farmed fish are killed. Normally, they are starved for about 7-10 days before they are killed.

Slaughtering methods include suffocation on ice, which prolongs the suffocation process. Fish are aware of what’s happening to them for as many as 15 minutes after they’re removed from the water.

Five years ago, the UK Farm Animal Welfare Council recommended that these procedures be banned, but they are still in wide use today.

And then there’s carbon dioxide stunning.

Fish are often placed in a bath of carbon dioxide-saturated water that causes them to thrash around for about 30 seconds, after which they are still conscious even as their gills are being cut with a knife.

All of this information has led many experts to state the need for reform in the fishing industry.

There is no shortage of information available on the topic of how dire the fish farming industry has become. You can watch the entire documentary “Filet-Oh!-Fish” here. It’s disturbing, but you’ll be glad you did.