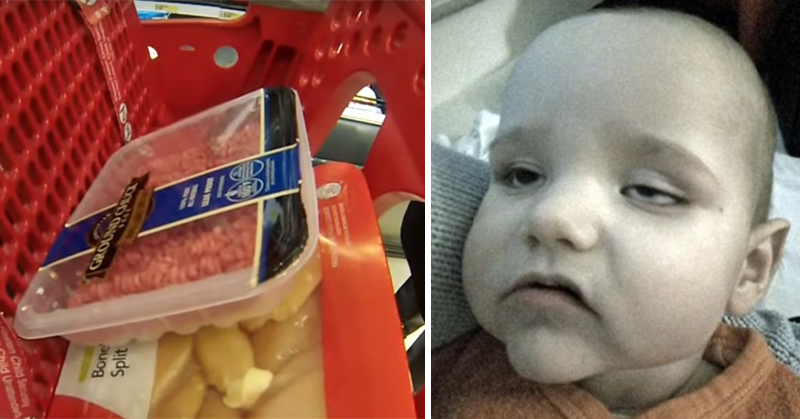 You might be surprised to learn what lives in the average shopping cart. One study revealed that 50% of them contain E. coli while a staggering 72% contain fecal matter.

“[There are] 138,000 total bacteria per square inch of a shopping cart,” says Donna Duberg, clinical laboratory science professor at Saint Louis University. That, according to Duberg, “exceeds the number of bacteria in the average public restroom.”

All that bacteria has the potential to make even the healthiest of adults sick. To an infant with a developing immune system? The effects can be life-threatening.

Australian mother Vivienne Wardrop learned that the hard way when her 10-month-old son Logan fell gravely ill after sitting in a shopping cart.

“I’d never seen a child this sick,” Wardrop told the Daily Mail in Australia. “I have five children. He lost 10 per cent of body weight in three days – 800 grams – and went to being bloated because the water wouldn’t go into the cells – it was terrifying. Even talking about it now makes me want to cry.” 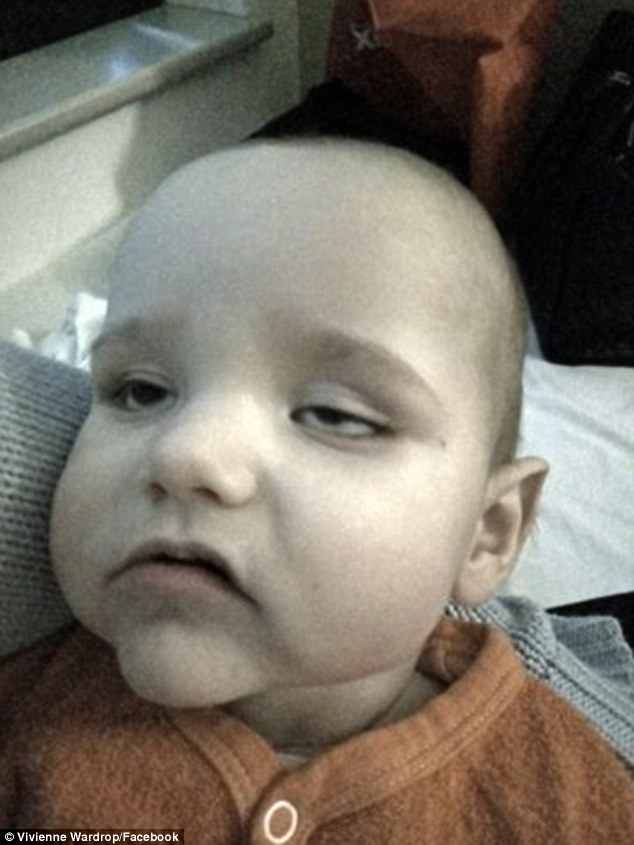 After a multitude of tests, doctors determined that Logan contracted adenovirus, rotavirus, salmonella poisoning and meningitis from the shopping cart.

“Doctors advised [that was the] only place he could of gotten it,” Wardrop wrote on Facebook.

Logan spent a total of 10 days in the hospital. For 8 of those days, he was in the intensive care unit. He’s currently out of the hospital but his mother says it’ll take a while for him to fully recover. Until he does, he’ll remain on antibiotics.

In her Facebook post, Wardrop warns other parents against using shopping cart baby seas without wiping them down first.

Meningitis can be deadly for infants. Several types of common bacteria, including E. coli cause it.

Sanitation: How Much Is Too Much?

Parents, before you go buy fistfuls of antibacterial wipes and clean every surface your baby comes into contact with, consider this.

While you do need to be very careful regarding your infant’s contact with germs, health exerts warn parents not to overdo it.

“The ‘hygiene hypothesis’ basically says that too clean environments promote food allergies and asthma, because there is not enough exposure to various bacteria and allergens in early life,” says Amy Shaw, immunology expert.

One parent recommends bringing a simple blanket along to the grocery store. That way, you can cover any area your baby comes into contact with.

If you do go with wipes, you need to be careful about what you use to clean your baby and surfaces they come into contact with. Antibacterial soaps and sanitizers are fuel for superbugs and antibiotic-resistant viruses. Some antibacterial ingredients are even harmful on their own. Take triclosan, for example, which causes poor hormonal regulation, liver fibrosis and cancer.

Here are a few safe, natural products you can safely use to disinfect surfaces like shopping carts:

Have a look at this video to learn the signs of baby meningitis.