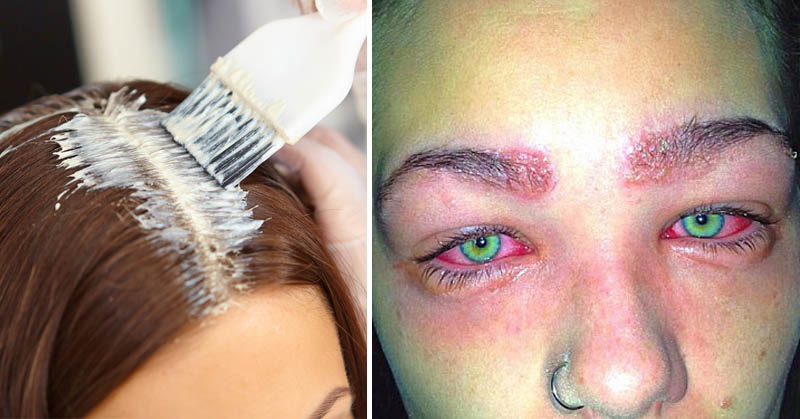 Most of us have experimented with our hair at some point or another. Many men, women and teenagers enjoy changing up their look with a little hair dye now and then. But one teen from Victoria nearly went blind after an allergic reaction to her hair dye. After hearing her story, you might think twice about grabbing a hair dye box the next time you’re out shopping.

16-year-old Tylah Durie was dying her eyebrows when she noticed they were beginning to itch and burn about 30 minutes after applying 1000 Hour’s Eyelash and Brow Dye kit.

Tylah said, “I woke up almost blind because of the reaction, my eyes had blown up like huge balloons, I was crying and screaming.” She explained that the pain “was like having beach sad thrown in your eyeballs and not being able to get it out, then a stinging like razor blades on my eyebrows.” 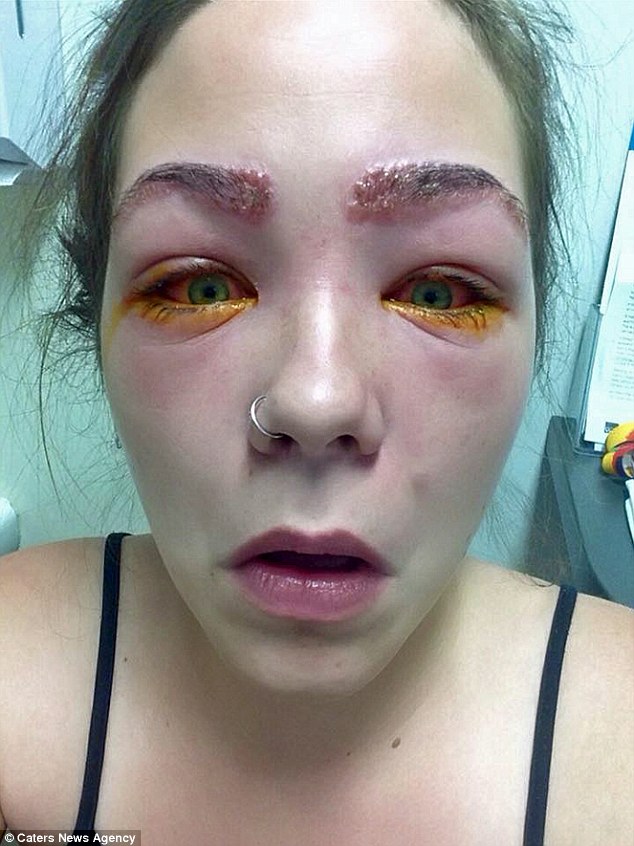 Tylah didn’t know that she had a deadly allergy to one of the chemicals in the dye, known as paraphenylenediamine or PPD. “My eyes were pretty much swollen shut,” she remembers, “I could only see a tiny amount and my eyes were weeping with a lot of puss.”

After attempting to dye her eyebrows, the teen was left with chemical burns on her eyeballs. Doctors warned her that if she touches the hair dye again, it could kill her.

“I was hospitalized and was terrified,” Tylah said. “Doctors said I had a very unusual but severe allergic reaction and could have gone permanently blind.” 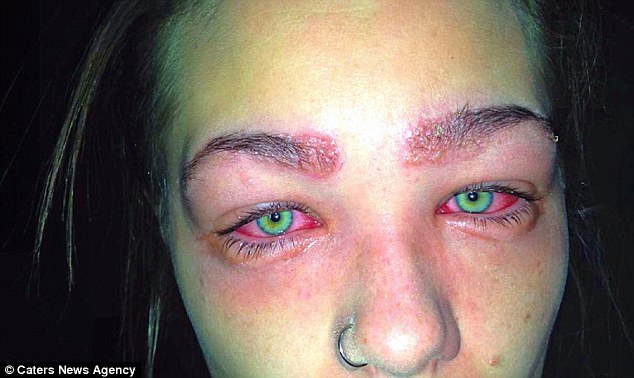 The Importance Of The Patch Test

Tylah is speaking out about what happened to her to help prevent others from making the same mistake. “I went through inexplicable pain just by tinting by eyelashes and eyebrows… I’m never using dye on myself ever again,” she said.”

Tylah explained, “When I applied the mixture I was fine, I waited ten minutes then washed it off – it looked really good and [I] was really pleased with it. But because I didn’t do a patch test, within half an hour the skin around my eyes became really itchy.”

“No one really does the patch test in my family,” Tylah continued, “so I thought I would be okay and hadn’t suffered any reactions when dying my hair in the past, but those dyes didn’t have PPD in them.”

Doctors prescribed Tylah antihistamines for her allergy, but the teen noticed blisters forming in her brows, and her lashes soon started to fall out. “I was in shock, I was crying and really stressed, I was terrified of losing my eyesight at such a young age,” she said. 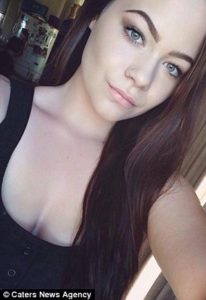 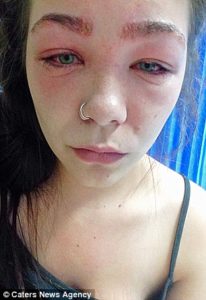 An optometrist told Tylah how lucky she was that she didn’t go blind. She now has to see an eye doctor on a regular basis to monitor the effects of the damage. The 16-year-old has vowed to never use any form of dye ever again, and she cations everyone to perform patch tests.

“I’m on a lot of medications to heal this and would never wish this pain on anyone, so please do a patch test,” she said.

Paraphenylenediamine is commonly found in hair dyes and ink used for henna tattoos. PPD allergy specialist Gina Taro said, “Reactions can be as small as redness around the edges of your face to itching of the eyes, all the way to chemical burns, blisters and your whole scalp feeling like it’s melting off. Some people suffer anaphylactic shock, where you have a small window before your throat closes and you die of suffocation. People have died because of PPD.”

Check out the video below to learn how to lighten your hair naturally!

If your goal is darker hair, check out the video below: