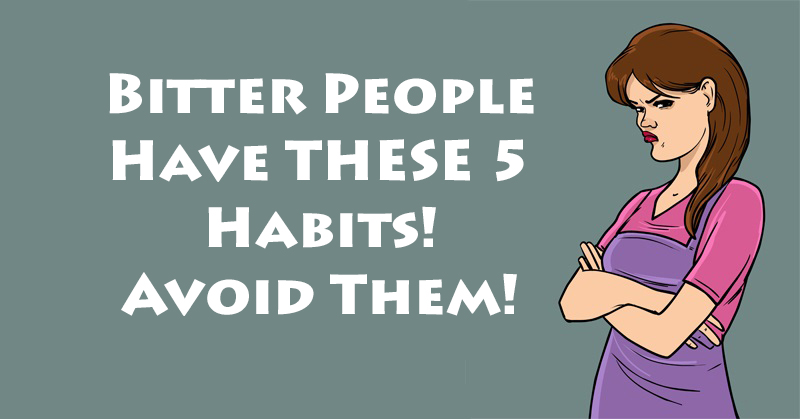 Bitter People Have THESE 5 Habits. Avoid Them!

Bitterness is a trait that can develop more easily than you might think. When people feel hurt or betrayed, or they have a bad experience, they might start to see the world more negatively, even if they don’t realize it. Holding grudges, being jealous and focusing on negativity can only bring you down.

Here are five habits of bitter people, and how you can avoid developing them!

Becoming jaded or cynical from something you’ve experienced can only lead you down an empty and lonely path. We all learn from our experiences, and it’s difficult not to take certain things to heart. But when a bitter person feels jaded, they often generalize their anger toward people who haven’t hurt them. They assume because of one bad experience that everyone is out to get them.

Remember that how you view the world and treat others is only a reflection of yourself. Learn from your experiences, but don’t become bitter because of them.

Forgive and forget is often easier said than done, but holding a grudge against someone will only bring you down. The more you focus your anger and resentment toward someone else, the more those feelings will become a part of you. Even if you think you’ve pushed it to the back of your mind, it’s still there, affecting you.

When someone hurts you or betrays you, don’t hold on to your anger. Address it immediately. Stand up for yourself, let the person know how he or she hurt you, and move on. Leave those feelings with him or her, instead of carrying them around and becoming bitter. 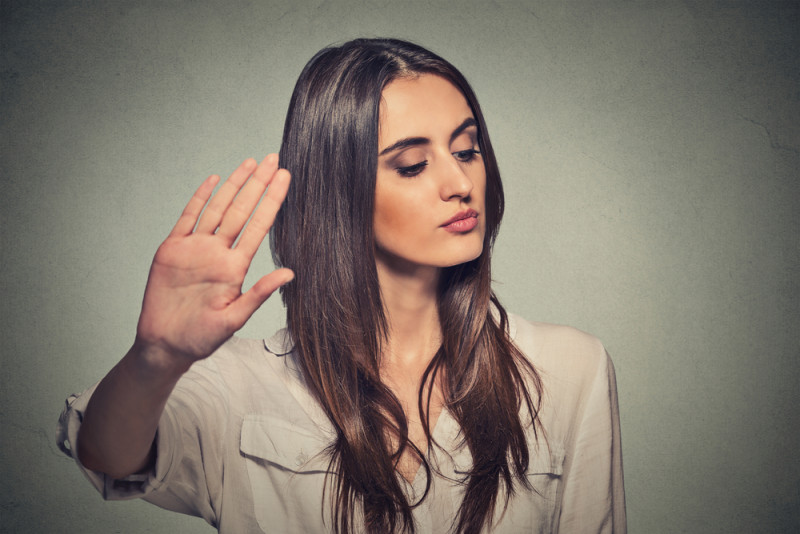 When someone gets the promotion you wanted at work, a colleague gets a brand new car, or you run into an old classmate who’s bragging about his success, that’s when jealousy starts to creep up. As much as we try to fight it, most of us feel at least a twinge of the green-eyed monster from time to time. But being jealous of the people around you can bring about bitterness, which will undoubtedly show through.

If you want something that someone else has, use it as motivation to accomplish your own goals. Push yourself harder to get whatever it is that you want, and think of how great you’ll feel once you’ve succeeded.

People who are bitter are more likely to pout when they don’t get their way, and make sure everyone knows about it. Bitter people seek attention because they want reassurance that their situation is unfair. Whining or generating drama to get the sympathy of others will most likely backfire.

Sympathy will only get you so far. If you’re in a rut, whining about it won’t help. If you feel the need for attention, work hard silently and let your success be something to talk about.

Bitterness causes a person to see the world in a negative light. Every situation becomes a problem or an annoyance. Let’s be honest—Who wants to live that way? Focusing on the negative is extremely limiting to you. You could be having a great time at a party, but instead you want to leave because it’s raining or you don’t like the song that’s playing. Being bitter opens the door for negativity.

It might be hard to let go of a bad situation or the pain from being hurt, but imagine how much more full your life could be if you shut out all of the negativity surrounding you. Open yourself up to changes and new experiences, and don’t become bitter.

Learn more about what bitterness does to you in the video below!