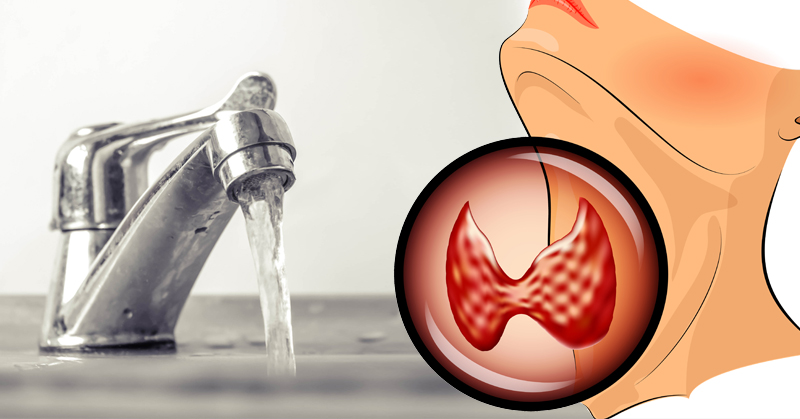 According to ILikeMyTeeth.org, water fluoridation has been around for roughly 70 years. It first came into practice as a means of preventing tooth decay.

But while public health experts argue the right amount of fluoride aids teeth with zero health risks, you’re probably aware of the practice’s many critics.

In the 40s and 50s, many people believed fluoridation was a communist plot against the West. And while that theory is rarely cited today, there still exists much skepticism over fluoride’s use – and for good reason. 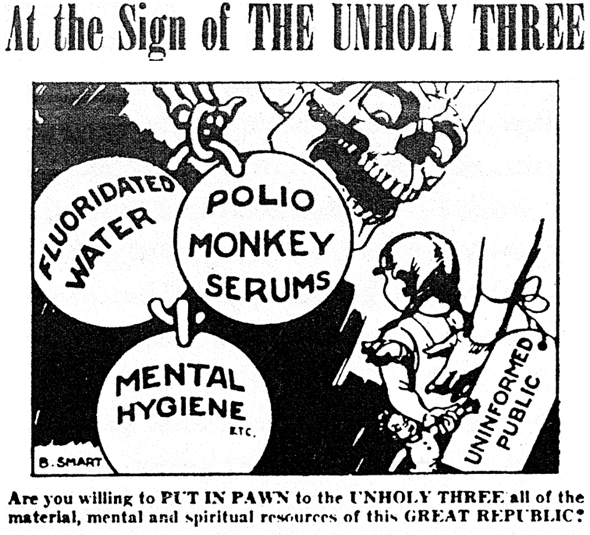 Illustration from a 1955 flyer from the Keep America Committee.

We need good research on both sides of the argument, as with every public health concern. And one of the latest studies on the ‘against’ side of fluoridated water comes from the University of Kent in the UK.

A study was published by the institution in the Journal of Epidemiological & Community Health which found that those who consume fluoridated water are more likely to suffer from thyroid issues, which often result in depression and obesity.

In many areas of the world, hypothyroidism is a major health concern and in addition to other factors — such as iodine deficiency—fluoride exposure should be considered as a contributing factor. The findings of the study raise particular concerns about the validity of community fluoridation as a safe public health measure.

The study looked at the files of various medical patients in England. It was found that patients from the West Midlands, a fluoridated area of the country, were almost twice as likely to suffer from thyroid issues than those from Greater Manchester, an area which is non-fluoridated.

The Telegraph reports that this could mean as many as 15,000 people in the area are suffering from thyroid problems as a result of fluoridated water.

But it turns out experts have known about fluoride’s anti-thyroid properties for quite some time now – Right through to the 1950s, the chemical was prescribed to reduce thyroid activity. According to that same report I’ve just linked to, the dosage provided to those patients is “well within the range” of what individuals living in fluoridated communities today receive in their water supply on a daily basis.

So, in other words:

The amount of fluoride placed in tap water today is equivalent to that which was once prescribed as an anti-thyroid supplement. We now know, without a doubt, that an under active thyroid can be a cause for depression, anxiety and obesity.

And thyroid dysfunction has the potential to be so much more far-reaching than that – a 2011 study published in the Indian Journal of Endocrinology and Metabolism found thyroid damage to affect virtually every part of the body.

Insufficient levels of thyroid hormone cause symptoms such as slower metabolic rate, weight gain, lethargy, intolerance to cold, dry and cool skin, and puffiness of the face and eyelids.

Even with the purported benefits of water fluoridation, lead author of the English study Professor Stephen Peckham says:

“There are far safer ways to improve dental health.”

And that would cause any reasonable person to question just why fluoridated water continues to be the go-to method for local governments to prevent tooth decay.

On the topic of drinking water, check out this video from David Wolfe: